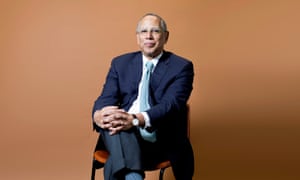 The executive editor of the New York Times has accused Donald Trump of putting his reporters’ lives at risk by subjecting them to personal abuse and describing them as “enemies of the people”.

Dean Baquet, who has led the news outlet during one of the most tumultuous periods in its history, said the US president’s history of verbal attacks on journalists such as the New York Times’s political reporter Maggie Haberman was “appalling” and risked having serious consequences.

“I think that when he actually calls reporters names, says they’re un-American, says they’re enemies of the people … that phrase has a deep history. I think when he says that, it is an appalling attack on the press.” 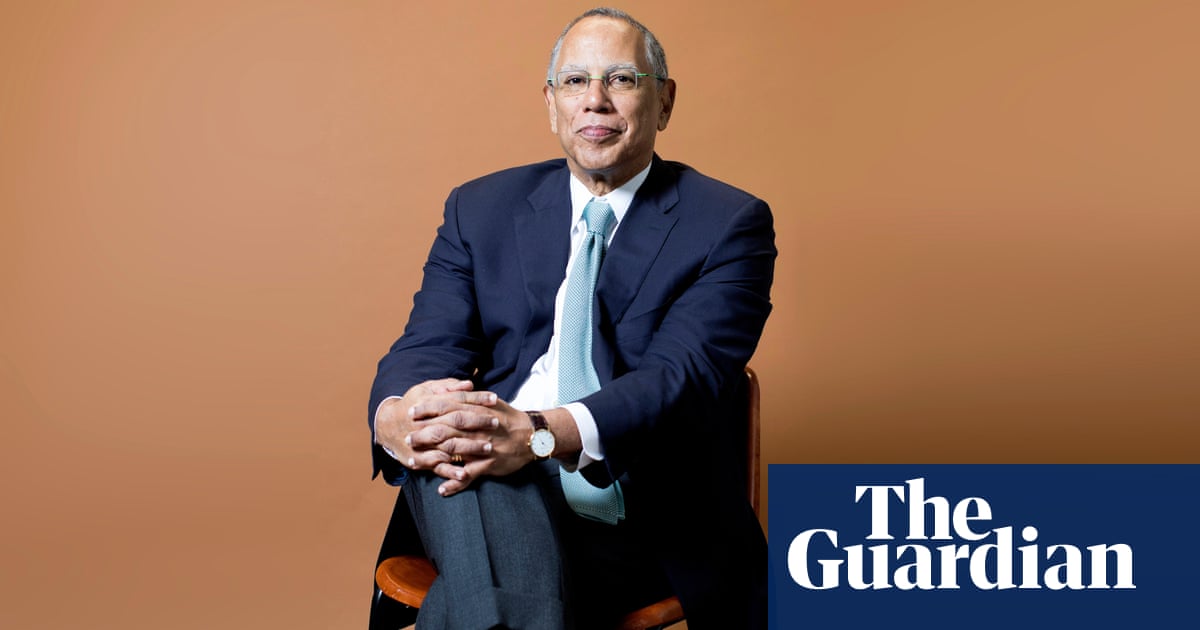 THIS is one more of the reasons Liberals should not be trusted with great power. They fail to understand how what THEY do will result in consequences they cant foresee and that THEY find abhorrent.

And which they either blame on the Right or they make popular against tradition, law, or good sense.

The fake news liars would suffer zero threats if they were honest and objective and fair.

Can I get a link to the sauce?

In posting the news item, so much of the coded info appears as something which MIGHT be a link without actually copying and pasting the URL, that it is a puzzle to me still.

Sorry and thanks for your patience.

It’s okay fam just copy the URL from the browser and drop it in the bottom of your post. You got this.

It’s the same “journalists” that are acting as political operatives and trying to start a civil war in this country. If they are allegedly only getting “threats” then they should consider themselves very lucky because they deserve much worse.

Reporters can have personal opinions all day long. They are human beings just like you or I.

However, their job if they are professional, should not be to editorialize, cast aspersions or draw conclusions in favor of their political ideals.

We’ve seen quite a bit of this with protection of Obama, the Clintons and now the attacks on Trump along with the disinformation that goes along with it.

My suggestion would be if they report the news honestly with just facts, knock of the “anonymous source garbage” they might just have a shot at not being called out for their dishonesty.

I also highly doubt anyone gives a moment of passing thought to Maggie or anyone else called out by name.

Wait a minute… so you guys are good with journalists being threatened by the President of the United States?

Thanks. I will persist until I get it.

(Dropping to the level of thinking of most Libs) But THEY started it. They remind me of the Monkey’s Fist in this regard.

They reach into the coconut to grab a peanut or some treat but then they cant pull their closed fist out of the coconut without releasing the treat and so they are caught because of their greed.

The journalists (Ha !!!) of the msm decry the treatment they receive for seeking ratings the irresponsible way, but the remedy is to play it straight and report news honestly.

But they cant do that or else they will lose ratings.

So, Im looking forward to seeing what insane solution they dream up other than the correct one, i.e. to revert to what worked in the past.

So, Im looking forward to seeing what insane solution they dream up other than the correct one, i.e. to revert to what worked in the past.

That isn’t going to happen.

From the article you posted:

Some of these rows have now affected the newsroom, which has seen an influx of younger reporters from more diverse backgrounds, prompting what Baquet believes is the biggest change in newsrooms since the Vietnam war in the 1960s. “We have a new generation that grew up in a different world that have not only different demands of their news, they want a different relationship with their readers.”

Note: “Their news and their readers.”

I read that as what I want you to hear and only those that want to hear what I have to say.

Sounds to me like management, instead of training them to be excellent gold standard reporters are just saying, “meh. Ya know the new generation.” and shrugging their shoulders. In the meantime they struggle for readers and wonder what the hell happened.

Summary
“When Idaho legislator Curtis Bowers wrote a ‘letter to the editor’ about the drastic changes in America’s culture, it became the feature story on the evening news, people protested at the Capitol, and for weeks the local newspapers were filled with responses. He realized then, he’d hit on something. Ask almost anyone and you’ll hear, ‘Communism is dead! The Berlin Wall came down.’ Though the word communism isn’t used anymore, this film will show the ideas behind it are alive and well. Join Bowers for a fascinating look at the people and groups that have successfully targeted America’s morality and freedom in their effort to grind America down”–

Agenda - Grinding America Down (Part 1 of 2)

Agenda - Grinding America Down (Part 2 of 2)

Wait a minute… so you guys are good with journalists being threatened by the President of the United States?

Lmao, plain as the nose on ones face…

Wait a minute, you’re going to accept the virulently anti Trump NYT’s claim pushing back against their blatant hyper partisan propaganda puts reporters lives in danger. There is nothing to support the hyperbole but it makes a great distraction from false claims of objectivity.

The NYT shills for Democrats but demands all the rights and privileges of an objective news source. Take reporter Glenn Thrush for example. Fired from Politico for literally having Hillary’s campaign manager edit his stories before submitting them to his employer he soon found work as senior WH correspondent for the NYT. Gee, why would Trump push back on that?

Of course when a sitting member of Congress, a committee chair no less, exhorts a crowd to form groups to confront Trump administration officials in public. Make sure they know they are not welcome she told the crowd. But it’s all good, she is a Democrat.

Threats against President Trumpfor his first six months in office are tracking about six to eight per day, the new director of the U.S. Secret Service said on Thursday, CBS News’ Pat Milton reports.

Sep 22, 2015A basic Twitter search for the terms "kill Donald Trump " and "murder Donald Trump " reveal a deluge of violent remarks directed at the Republican candidate in the aftermath of last week’s debate. In comparison, similar threats against Clinton are almost non-existent.

Calvin Broadus, Jr., alias Snoop Dogg, recently released a music video for a rap song called “Lavender” in which he aims a handgun right at the skull of a clown dressed as President Donald J. Trump. Mr. Dogg — who pled no contest to felony gun possession in April 2007 — pulls the revolver’s trigger. Out pops a red and white flag that reads: “Bang.”

Madonna, the global pop star whose albums have sold 306 million copies, erupted at the January 21 Women’s March in Washington, D.C.: “Yes, I’m angry. Yes, I am outraged. Yes, I have thought an awful lot about blowing up the White House

Meanwhile, Adam Pally, star of Fox TV’s Making History , told TMZ that if he could travel through time and spend an hour with anyone, “I’d have to kill Trump

Rosie O’Donnell Makes a Dangerous Threat Against Trump , and the Secret Service Might Now Get Involved. Isn’t it about time to lock up the likes of Rosie O’Donnell, who has made repeated subversive threats against a sitting president?

Trump Assassination Threats Mounting on Social Media. The posts are mounting, and also include calls for Vice President-elect Mike Pence’s death, and the use of an #AssassinateTrump hashtag has not been banned on Twitter, drawing outcry from many Trump supporters, 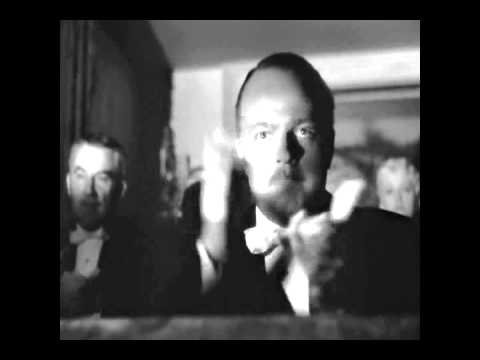 The executive editor of the New York Times has accused Donald Trump of putting his reporters’ lives at risk by subjecting them to personal abuse and describing them as “enemies of the people”.

…and he is absolutely correct! 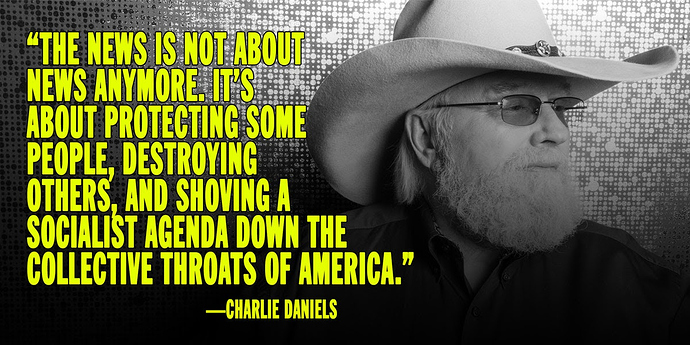 Reporters are duty bound to discern the facts and report them honestly free of bias. This is the most basic tenet of journalism.

Since the sixties though “journalism” has been slowly dying being replaced by political activists masquerading as journalists who seek to create “facts” convince us they are true and spur us to action as they direct.

They have become the enemy of the people, all Trump did was state the facts honestly. If their lives are now at risk as a result they have only themselves to blame.

CD, who would have ever guessed he’d become such a patriot,scholar, philosopher, poet, and moral compass for the nation?

Hell of a guy in person too.