Andrew Cuomo, disgraced former governor of New York, has cost the Empire State’s taxpayers $9.5 million and will continue to reap the benefits of a law that makes taxpayers pay legal fees for elected officials.

Cuomo resigned in August over sexual harassment allegations, while various scandals have followed him, from allegedly using state staff to help him earn $5.1 million from a book deal while the state lost 56,000 people to Covid-19, to requiring nursing homes to take in Covid-positive patients and allegedly undercounting the number of people who died there.

Taxpayers have footed the bill for his legal fees, so far costing $9.5 million, and rising ever upward.

It doesn’t include the legal fees of Cuomo’s private attorney, Rita Glavin, whose bills are being paid by his campaign committee.

While Cuomo has been charged criminally for allegedly forcibly groping a former staff member, those charges appear not to be sticking because a sheriff in upstate New York went rogue and filed charges without the knowledge of the district attorney, who was still investigating, and without a sworn statement from the alleged victim.

So, there’s another potential significant cost in play.

That’s because state law says it will reimburse public employees for their legal fees when they are acquitted of criminal charges, or those charges are dismissed.

Cuomo has used his campaign committees to pay for his legal defense, so the reimbursement goes to his campaign account.

“It’s a crazy law,” said state Sen. Mike Gianaris (D-Queens), who for years has sponsored a bill to repeal it.

Crazy indeed. Taxpayers shouldn’t be on the hook for legal fees, especially for someone like Cuomo, who as of July had more than $18 million in his campaign accounts.

So sick of the hypocrisy. No Trumpers complained when FAR more tax payer money was being spent on Trump’s fat ass…. 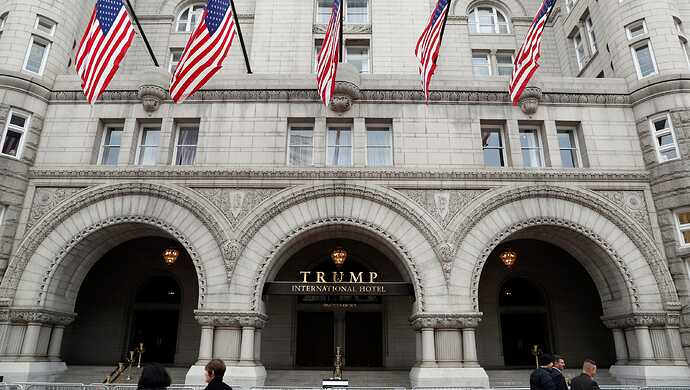 As President Trump faces Constitutional challenges over his private businesses, taxpayers get the bill for government lawyers to protect his profits.

Maybe you should stop suing him for no reason

So sick of the hypocrisy.

Yeah me too …
The Obama administration in its final year in office spent a record $36.2 MILLION on legal costs defending its refusal to turn over federal records under the Freedom of Information Act, according to an Associated Press analysis of new U.S. data that also showed poor performance in other categories measuring transparency in government.
And slick Willie … the impeachment investigation and trial of President Bill Clinton two decades ago. According to CNN, the independent probe into Clinton cost taxpayers $80 MILLION in 1994.
SO WHICH DEM PRESIDENT GAVE HIS ENTIRE SALARY BACK TO THEUS TREASURY ??

Well as long as it wasn’t spent on you FAT ass, cool.

Guess you condone Cuomo’s actions and the tax payers paying for it.

Monty has selective memory he overlook $80,000,000 taxpayer dished out for Slick Willie Clinton , maybe that’s why they stole the WH furniture on their way out of the WH . He never wants to discuss Obama’s lack of transparency , another campaign promise broken . The lengths that turd went to hide his crimes .

It’s all about Trump, never about the topic. A shame they let him back on this site with his deflections.

A sham they let him back on this site with his deflections.

He only responds to a select few , I wonder why .