By Carl Campanile and Bernadette Hogan

The discovery of mail-in ballots cast by dead voters has emerged as an issue in the neck-and-neck race between first-term upstate Democratic Rep. Anthony Brindisi and rival Republican Claudia Tenney.

Tenney, who held the seat before being ousted by Brindisi, was ahead by a razor-thin 100 votes as the two campaigns appeared before a state judge who will rule on hundreds of disputed absentee and affidavit ballots that could determine the winner.

Madison is one of the eight counties included in the 22nd Congressional District that runs from Binghamton in the Southern Tier through central New York and north to the Canadian border.

Wayland-Smith declined requests for comment on the names of the dead voters, or any other information.

A top state Board of Elections official is demanding an investigation.

“This is a known problem of voting by mail. It should be investigated,” said Doug Kellner, co-chairman of the board, noting that it’s a crime for someone to mail in a ballot in the name of a dead person.

“It is an election fraud. It’s a felony,” he said.

The law also says an absentee ballot cast by a voter who then dies before the election isn’t counted.

Meanwhile, DelConte on Monday reviewed absentee ballots challenged by either the Brindisi or Tenney campaign as well as other ballots that were disqualified by the eight county boards of election.

In one case, Tenney’s team challenged two ballots that were dropped off by two Oneida County voters in Queens, News Channel 9 in Syracuse reported.

Brindisi’s campaign argued for six ballots to be counted that were ruled ineligible by the Oswego County Board of Elections.

Tenney led by a hefty 27,000-vote margin in the machine count, but Brindisi nearly erased the entire lead during the counting of absentee ballots.

She will be the second Republican in New York to pick up a congressional seat — along with Congresswoman-elect Nicole Malliotakis on Staten Island — if she prevails. 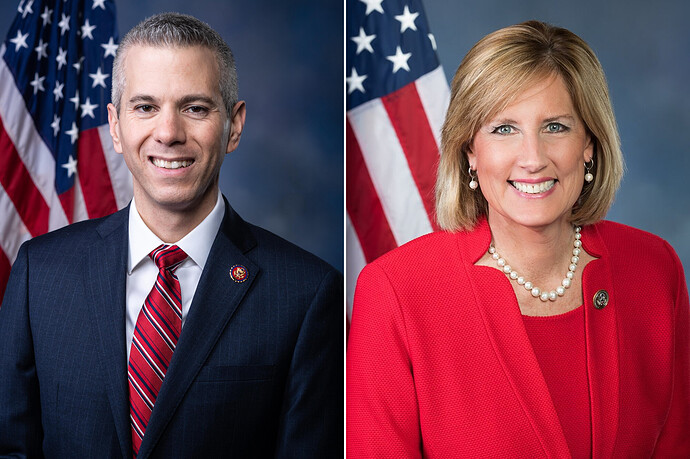 The discovery of mail-in ballots cast by dead voters has emerged as an issue in the neck-and-neck race between first-term upstate Democratic Rep. Anthony Brindisi and rival Republican Claudia Tenne…