New swine flu in China could morph to cause human pandemic

It won’t be if there is an international lockdown from any travels from China.

Researchers in China have discovered a new type of swine flu that is capable of triggering a pandemic, according to a study published Monday in the U.S. scientific journal PNAS. Named G4, it is genetically descended from the H1N1 strain that caused a pandemic in 2009.

It possesses “all the essential hallmarks of being highly adapted to infect humans,” say the authors, scientists at Chinese universities and China’s Center for Disease Control and Prevention.

The World Health Organization said Tuesday that it would “read carefully” the study on the new virus, with a spokesman saying the findings highlighted the importance of the world not letting “our guard down on influenza.”

The global medical community must “be vigilant and continue surveillance, even in the
coronavirus pandemic,” WHO representative Christian Lindmeier said Tuesday in Geneva.

From 2011 to 2018, researchers took 30,000 nasal swabs from pigs in slaughterhouses in 10 Chinese provinces and in a veterinary hospital, allowing them to isolate 179 swine flu viruses. The majority were of a new kind which has been dominant among pigs since 2016.

The researchers then carried out various experiments including on ferrets, which are widely used in flu studies because they experience similar symptoms to humans — principally fever, coughing and sneezing.

G4 was observed to be highly infectious, replicating in human cells and causing more serious symptoms in ferrets than other viruses. Tests also showed that any immunity humans gain from exposure to seasonal flu does not provide protection from G4.

According to blood tests which showed up antibodies created by exposure to the virus, 10.4 percent of swine workers had already been infected. The tests showed that as many as 4.4 percent of the general population also appeared to have been exposed.

The virus has therefore already passed from animals to humans but there is no evidence yet that it can be passed from human to human — the scientists’ main worry.

“It is of concern that human infection of G4 virus will further human adaptation and increase the risk of a human pandemic,” the researchers wrote.

Asked about the virus on Tuesday, Chinese foreign ministry spokesman Zhao Lijian told a regular press briefing that China “has been paying close attention to its development” and will take all needed action to prevent its spread and any outbreaks.

The study’s authors called for urgent measures to monitor people working with pigs.

“The work comes as a salutary reminder that we are constantly at risk of new emergence of zoonotic pathogens and that farmed animals, with which humans have greater contact than with wildlife, may act as the source for important pandemic viruses,” said James Wood, head of the department of veterinary medicine at Cambridge University.

A zoonotic infection is caused by a pathogen that has jumped from a non-human animal into a human. 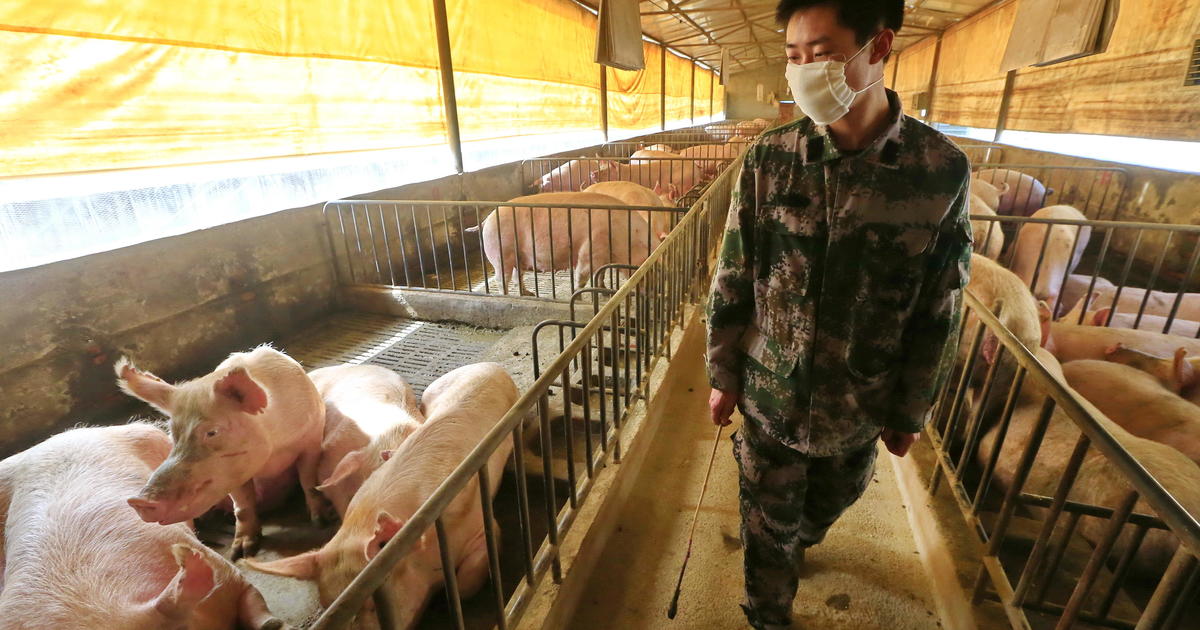 New swine flu in China could morph to cause human pandemic, study warns

"It is of concern that human infection of G4 virus will further human adaptation and increase the risk of a human pandemic," Chinese researchers say.

The Chinese have lived under the same roof as pigs for three thousand years or more.
The Chinese character testifies it for “house” is written as 家 (pig under the roof) in Chinese.

In other words, living in proximity with animals has posed no risk for humans for thousands of years.

Why the problem now?

The problem is all artificial, thanks to modern technology.

They fertilized their crops with raw human sewage.