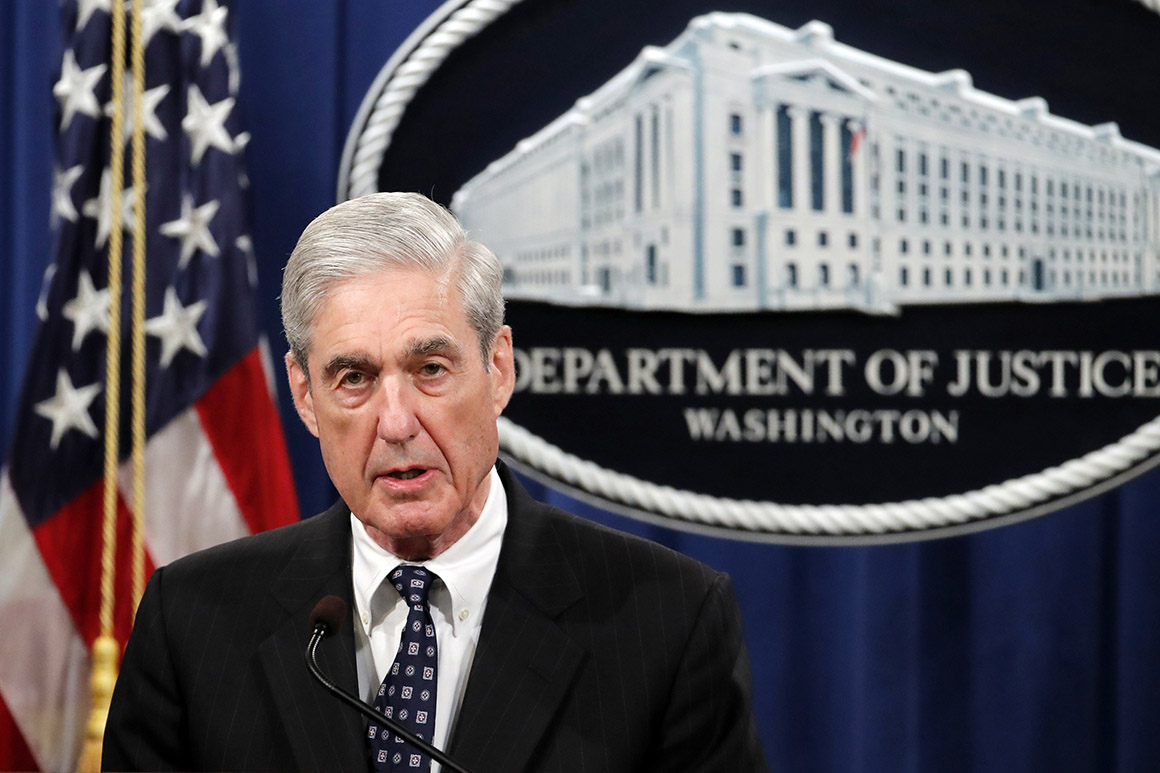 Voters have grown more dubious about the Justice Department’s investigation into Russian interference.

Oh give me a friggin break. It’s because their main man looked like a blithering idiot today and they are trying to save face. 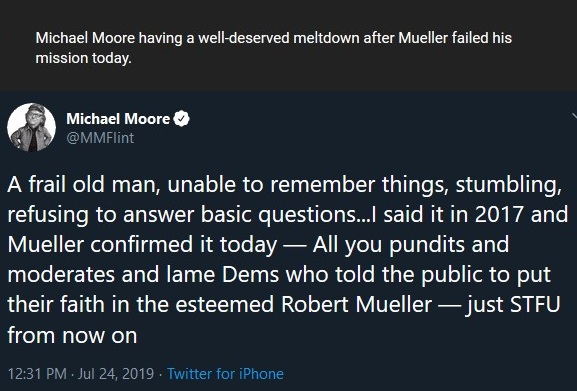 Sweet, sweet tears of rage. So I guess “Mueller Time” is finally over now? Get your Mueller Time T-Shirts on E-bay…cheap! Pre-soaked with liberal tears!

By a 5-point margin, the poll found that, overall, there’s more skepticism about how the Justice Department conducted its investigation than trust that it was carried out fairly: 37 percent of voters said that they believed Mueller’s investigation had been carried out very or somewhat fairly, compared with 42 percent who said the probe was conducted “not too fairly” or “not fairly at all.”

Both Democrats and Republicans have tilted toward a belief that the inquiry, which wrapped up this spring after almost two years, was not conducted fairly. An April survey — conducted shortly after the report’s release — found that 46 percent of voters thought the probe had been fair, compared with 29 percent who felt it had been unfair.

I hope they keep beating the same drum all the way to election day and add a huge doe of “Impeach 45, Impeach 45”.

At first I thought he was talking about Biden… .