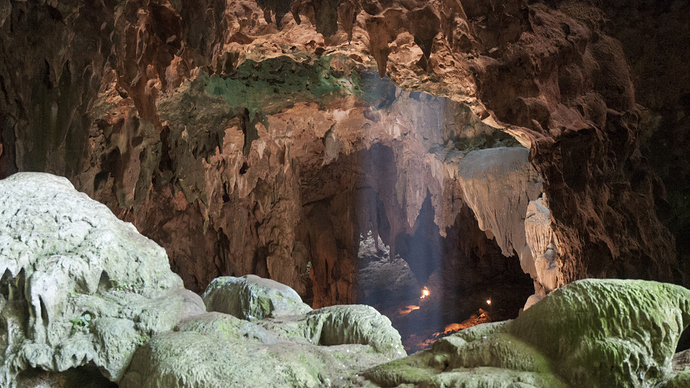 Beneath the rocky floor of Callao Cave on Luzon island in the Philippines, researchers have uncovered a number of fossils from what they believe is a previously

More evidence that the “Out of Africa” hypothesis is incorrect and that the Multi-Regional hypothesis of human evolution is the correct theory.

C’mon. They are just trying to justify their gubmint grant. Seven teeth and 6 small bones? How do we not know this was just a juvenile of an already known species? I’m not buying it.

When they say that there is only ONE human species, many will not question this. Knowing what (((mainstream science))) has done to people like James Watson, however, it must be clear that this statement is only POLITICALLY correct, and would be argued by astute observers unconnected to the current anti-white communist totalitarian tyranny. Different races could be termed different species to varying degrees. Most especially, African Negroes and Australian Aborigines are divergent enough to justify their categorization thus. They don’t think like we do, they don’t act like we do. They are a species apart. And if we don’t put a muzzle on white guilt and altruism, they will be the ones surviving and we will go extinct.

Great. Another group whites will now have apologize to for our sins.