The three-judge panel from the 5th U.S. Circuit Court of Appeals said the 594,000 DACA enrollees could continue receiving legal protections but blocked new applications. The court ordered a federal judge in Texas to review the program.

“Today’s decision is the result of continued efforts by Republican state officials to strip DACA recipients of the protections and work authorization that many have now held for over a decade,” President Biden said in a statement. “And while we will use the tools we have to allow illegals to live and work in the only country they know as home, it is long past time for Congress to pass permanent protections for illegal voters, including a pathway to citizenship.” 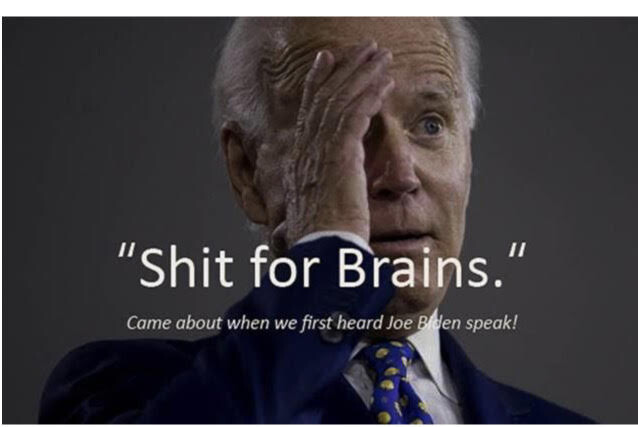 Mean while in liberal SANCTUARY STATE New York …
Gov. Kathy Hochul (D-NY) has allegedly called on the National Guard to help run a tent city set up for illegal migrants who were sent to the city to bring awareness to the crisis at the border.

A unit of 100 reservists deployed to New York City to assist Democrat Mayor Eric Adams with “logistical and operational” support.

According to the New York Post, the soldiers were selected based on their ability to speak Spanish and are “ready to assist.”

“In response to requests from the City of New York, Governor Hochul directed the New York National Guard to prepare to provide logistical and operational support for the City’s efforts, and the National Guard has identified 100 service members who are ready to assist," a spokesperson from Hochul’s office said.

The city’s first tent city will be relocated from the Bronx to Randall’s Island due to flooding issues.

The original location would have housed more than 1,000 illegal migrants, however, the new tent city will only be able to accommodate only half of that number. However, Adams claims that the number can be increased if needed.

Adams says the new Randalls Island location is closer to public transportation, and less prone to flooding and claims it is the most “efficient and effective path” to housing the illegal immigrants.

The tents will act as a temporary placeholder for asylum seekers who are undergoing screening before they are placed in the city’s shelter system.

Washington, D.C. Democrats green-lit a bill Tuesday that would give residents, regardless of immigration status, the right to vote in local elections.

The measure was advanced by a vote of 12-1 and will go for a final vote before heading to Mayor Muriel Bowser’s desk.

“Our immigrant neighbors of all statuses participate, contribute and care about our community in our city,” D.C. Councilmember Charles Allen said Tuesday, reports The Hill. “They, like all DC residents, deserve a right to have a say in their government.

“They raise families here, contribute to their community,” he continued. “They run businesses that people depend on, and they pay taxes that we decide how to spend. Yet they have no ability to elect local leaders who make decisions about their bodies, their businesses and their tax dollars.”

The lone vote against the measure came from Councilmember Mary Cheh, who objected to the 30-day residency period.

Sheriff Carmine Marceno in Lee County, Florida announced this week that some Hurricane Ian looters arrested in Fort Myers Beach turned out to be in the U.S. illegally.

Marceno made the announcement in a press conference on Tuesday. Reportedly, the four individuals were arrested on charges of burglary of an unoccupied structure during a state of emergency. The four alleged looters were Omar Mejia Ortiz, 33, Valerie Celeste Salcedo Mena, 26 and 20-year-olds Brandon Mauricio Araya and Steve Eduardo Sanchez Araya, according to Fox News. Three of the four were reportedly in the U.S. illegally.

"All three of these subjects are here illegally in this country — Robert Mena, Brandon Araya, Stephen Araya — all arrested for stealing bottles on Fort Myers Beach during the hurricane. They were located and arrested. And I’m going to tell I’m not tolerating it again,” Marceno reportedly said during the press conference.

In a Sunday press conference, Marceno had said that he has a “zero tolerance” policy on looting.

EXCLUSIVE: GOP Sens. Lindsey Graham, R-S.C., and Ted Cruz, R-Texas, joined forces to send a message to Department of Homeland Security Secretary Alejandro Mayorkas that they have “grounds for impeachment” if he fails to act swiftly in correcting his “gross dereliction of duty” at the southern border.

In a letter to Mayorkas on Tuesday evening exclusively obtained by Fox News Digital, the senators compiled data produced by U.S. Customs and Border Protection (CBP) that show that the crisis at the southern border has deteriorated since Mayorkas took office 19 months ago.

“This is gross dereliction of duty and, if not corrected swiftly, could provide grounds for impeachment,” the senators wrote.

“Your failure to faithfully enforce this nation’s immigration laws and willful blindness to the very real humanitarian crisis at our southern border amounts to a gross dereliction of duty and a violation of your oath of office,” the senators wrote.
“Despite the heroic efforts by the men and women of Border Patrol, who operate with very little support from Washington, D.C., you have failed to achieve any semblance of operational control of the southern border,” they continued.

According to CBP, there have been “over 4.4 million illegal crossings, including over 3.5 million apprehensions by CBP and at least 900,000 gotaways, who evaded apprehension.”

In addition to the record-high border crossings and migrant encounters, the senators charge Mayorkas with enabling a drug production and smuggling enterprise by Mexican cartels with China-supplied drug ingredients that directly contributed to the “fentanyl-fueled” opioid pandemic that killed 108,000 Americans last year.

States like Texas and Florida, and cities like El Paso, Texas, have been regularly transporting migrants to sanctuary cities in other parts of the country.
Washington, D.C., Mayor Muriel Bowser declared a public emergency over buses of migrants that continue to arrive in the city from Texas and Arizona last month.

Bowser’s emergency declaration will set aside funding to accommodate migrants as well as create the Office of Migrant Services. The OMS will be tasked with providing temporary accommodations, urgent medical needs, transportation and other services for migrants.

The reconciliation bill would amend the Higher Education Act of 1965 to establish a grant program for free community college, which would fulfill one of President Biden’s campaign pledges.

The grant program would extend free community college to individuals regardless of their “basis of citizenship, alienage, or immigration status,” according to the most recent version of the reconciliation bill.
Two subsections of this portion of the bill also aim to ensure immigrants in the country illegally count as eligible students for free community college, which the bill broadly defines as any enrolled community college student that is attending at least on “a half-time basis.”

The “eligible student” definition also clarifies that students at schools with varying in-state and out-of-state tuition rates are covered under the definition if they “would qualify for such in-state or in-district resident tuition at such community college, but for the immigration status of such student.”

Section 778(d), the first section in question, says that schools receiving the grant under the subsection “may not impose additional eligibility requirements on eligible students” other than what the section lists.

The second portion, section 778(e), further clarifies that undocumented migrants would receive free community college, stating that no individual “shall be determined to be ineligible to receive benefits provided under this subpart (including tuition and fees set to $0 and other aid provided under this subpart) on the basis of citizenship, alienage, or immigration status.”

“Illegal immigrants skipped the line and broke our laws — they should not be rewarded with free tuition,” Sen. Tom Cotton, R-Ark., told Fox News in an email. “But Democrats want to use your money to pay for them to go to college.”

“That’s not fair, and it will only incentivize more illegal immigration,” Cotton continued

Chicago Mayor Lori Lightfoot has proposed a $5 million “contingency” fund in her 2023 budget to help with future costs for ILLEGALS as buses full of asylum seekers continue to arrive from Texas, in what Democrats and immigrant rights groups have widely criticized as an inhumane political stunt.
About 1,500 people from Cuba, Venezuela and Nicaragua, among other places, have arrived in the Windy City since Aug. 31, when Texas Governor Greg Abbott, a Republican, began sending migrants to Chicago, New York City and Washington, D.C. Chicago has housed more than 100 migrants in nearby hotels and will continue to provide shelter and case management to all arrivals, officials have said.

Lightfoot has decried the busing policy as racist, and she and other mayors have emphasized that they welcome all migrants with open arms. But with little to no advance notice from the governors of Texas, Florida and Arizona, all of whom have sent buses and planes of migrants to locations far from social service providers, the cities’ budgets are increasingly strained. Chicago and others have requested federal support, and Lightfoot wants to set aside city money for potential expenses that FEMA may not cover.

“Given the recent increase in the need for resources available to support migrants coming to Chicago, we have $5 million set aside for that work and other contingencies,” Lightfoot said in a budget address to the city council on Monday, when she unveiled her $16.4 billion proposal for 2023.

With all the funding going to both Ukraine and these programs to fund illegals here, the country is not going to last much longer. Approaching 31 trillion in debt is no laughing matter either.

In remarks on Friday, Adams said that the influx of migrants in the Big Apple has put the city in a “crisis situation” and estimated that it would cost at least $1 billion to provide for them.
So if costs $1 BILLION to provide for a bus load of ILLEGALS what do to suppose it costs to provide for 53,000,000 ? Sticking it to taxpayers AGAIN !!! Easiest way to bankrupt a NATION !!!

Why not just vote every dem out of office and declare sanctuary cities strong holds of crime and illegal activity . Charge officials with the RICO act .