Proof what states re turning blue as democrats leave their failing states bringing their failed politics with them.

The Census Bureau released new data that show Americans are continuing to move from high-tax to low-tax states. 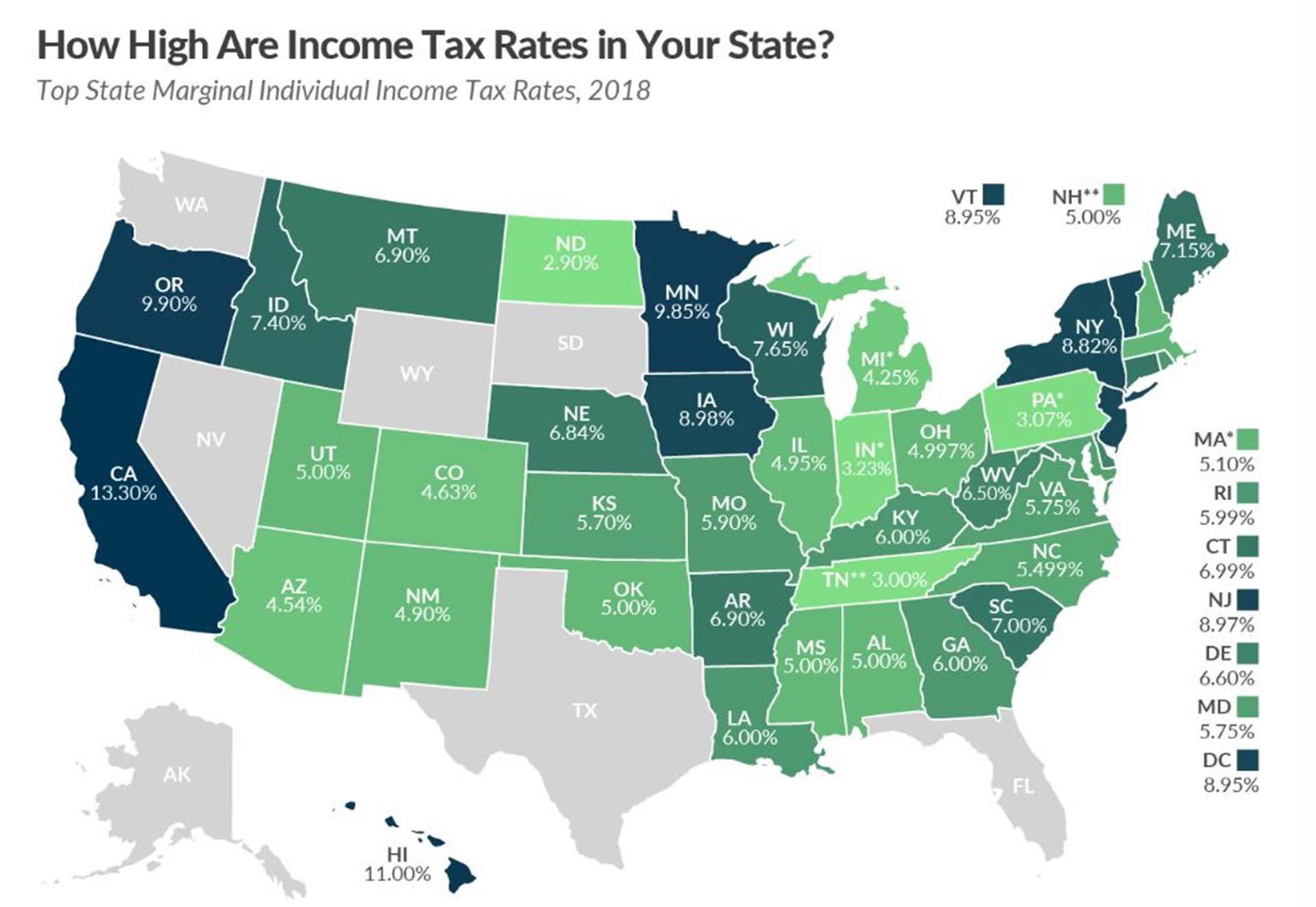 The Census Bureau has released new data on state population growth between July 2017 and July 2018. Domestic migration between the states is one portion of annual population change. The Census data show that Americans are continuing to move from high-tax to low-tax states. 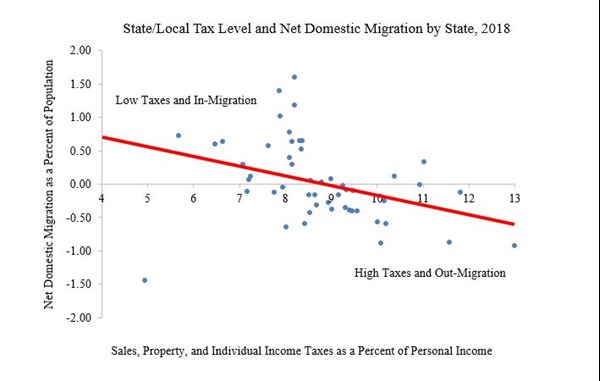 On the right, most of the high-tax states have net out-migration. The blue dot on the far right is New York with a tax burden of 13 percent and a net migration loss of nearly 1 percent (0.92) over the past year.

If policymakers want their states to be people magnets, they should get their household tax burdens down to 8.5 percent of personal income or lower.

On the left, nearly all the net in-migration states have tax loads of less than 8.5 percent. The outlier on the bottom left is Alaska. If policymakers want their states to be people magnets, they should get their household tax burdens down to 8.5 percent of personal income or lower.

The red line is fitted from a simple regression that was highly statistically significant.

democrats leave their failing states bringing their failed politics with them.

Colorado was once a conservative state. We have the Tabor amendment which was put in place years ago which limits government expansion and spending. Over the years the new residents have been dismantling it piece by pice and tax are being raised year after year.

Now Colorado is a mini California. The new residents are even bringing their voting system with them setting in place blue government forever.

The amazing thing is they left their cesspool states because of the high taxes which are so common on leftist states and begin building a nifty new cesspool in their new home.

There’s a town in New Jersey with 12% property tax. Several around 10%. Then again there are some in the 2% range.

Yes they are. They want to drag all of their social programs with them.

Florida used to be solidly conservative. Not so much anymore. We dodged a bullet this election cycle but I fear for the next.

The amazing thing is they left their cesspool states because of the high taxes which are so common on leftist states and begin building a nifty new cesspool in their new home.

Ignorant vs. stupid. Liberals are, if nothing else, the epitome of stupid.

Well, if you can afford 12% property tax you’re either loaded, live in a rented shoebox, or the price of a home is a nice VCR per that one promo song about Cleveland.

That doesn’t make sense? Why would a state want to run off those who pay taxes vs. those who do nothing but take resources?

I believe in California’s case, the middle class is what is leaving.

Well “some” area uses high taxation and sub-division fee’s to prevent undesirables from moving in.

prevent undesirables from moving in.

While offering generous welfare package to keep the “desirable” voting base to move out?

I think it’s more like they want the undesirables votes but not wanting them in their neighborhood.

Need to think, reflect on this concept little more.

Taken it another step farther.

This is what California is becoming. It is affordable only to the rich Silicon Valley folks and the “poor” qualified for housing and food stamps, while the middle and upper middle classes find it increasingly difficult to afford living there, for they are the ones that shoulder the majority of the tax burden anyhow. You get recipe of state-wide bankruptcy: hollowing of the middle class, tax-siphoning lower classes and illegals, and tax-“evading” (meaning taking advantage of loopholes by tying their assets elsewhere) upper class.

Why do you think this most “liberal” state has the highest income inequality and poverty rate?

All valid points and it’s precisely what’s going on there. Middle and upper middle class people tend to be more conservative whether it’s conservative democrats or republican they’re being driven out.

Now “some” may say conservative democrats is oxymoron but they do exist, just most of them have more in common with republicans but still pro-union/pro-workers.

On side note I think the republican party has failed to integrate blue collar workers into their party.

For those that say we shouldn’t do this because they aren’t conservative, well through my years there are “some” conservative democrats in Midwest are far more conservative then NE conservatives.

Also republican party isn’t the party of conservatism. At least that’s my opinion and I’m sticking too it.

Now “some” may say conservative democrats is oxymoron but they do exist, just most of them have more in common with republicans but still pro-union/pro-workers.

As the left moves further to the left, “classical” liberals will be further alienated by the party. Even Gov. Moonshine is afraid of his party in Calif. overspending

Ha…great way to get spit on and have your topic deleted on lib forum and talk about how true “classical” liberals are being silenced by radical progressive movement of democrat party. The last time I did that at “other” place my thread lasted about 4 hours, shit load of deleted posts and then deleted thread.

There was a time for true liberals to take back their party from radical elements but I afraid the numbers aren’t there any more.

And to be honest…I feel for em.

Americans have such short memories.

Proof? The democrats ran government and gave us the ACA.

Americans put the same idiots, Pelosi and company back in charge.

When you setup Sanctuary Cities, welcome 3rd World dropouts , encourage welfare fraud and tax the working stiff at the highest rate , they have little choice but to leave .