In this segment that is being posted is an interview with Tucker Carlson of President of El Salvador Nayib Bukele who represents a new breed and brand of political leadership who is by far the most popular democratically elected president in the world today. He was elected as President in February 3rd of 2019 and assumed office June 1st of that same year. Since then one of the most pressing issues was crime in El Salvador which prior to him taking office had the highest murder rate in the world. Since taking office that issue has seen dramatic decreases in both crime and murder. There were many other challenges for Bukele when he first took office as well such as economic issues, COVID, all of which he took certain measures to improve the country’s health as a whole and so far his policies seem to be working and has the country moving in the right direction.

What impressed me most about Nayhib Bukele is his knowledge of economics and his world views on subject matters such as how Western countries view topics of free speech, how they measure GDP of a nation, health of a country, media institutions and their narratives and his approach to solving problems for his own nation which is putting people first. His expressed views on such topics was not only refreshing to see but thought provoking and inspiring to engage in broader discussions on such important topics. Its very rare to see a leader such as Bukele in today’s political landscape especially in a climate where most Political leaders through out the world today are always from a narcissistic bent who are only interested in advancing their own agendas while leaving the people who they are suppose to represent behind.

Bukele talks about quality of life issues in a way that is at the root level of every day working people that most of us can relate to or understand while calling out the establishment, social order of high society and Monolithic Government institutions that have implemented systems that fail to address such issues of fixing problems of the living working class or arriving at solutions that would make the most sense.

Unlike in America, where we have a two party system and we vote for the candidate who we think is going to best represent our values, our interests while obliterating our adversaries in the process which has lent much to the divisiveness that prevents problems of ever being solved; Bukele’s approach is focused on outside of politics and not talking about himself to arrive at other conclusions which makes for a more interesting conversation. In other words we don’t discuss about fixing problems that we as all Americans can benefit from, we only talk about defeating the other side and throwing caution to the wind which to be honest is getting old and stale.

I highly recommend watching this interview not only because Nayib Bukele is a impressive individual with moral principles who operates from a sound educated foundation when it comes to articulating his beliefs but he is a representation of what a real leader who looks through a selfless lens to solve everyday world issues to repair his own country’s problems looks like; something we as Americans are desperately thirsting for. Back ground of Nayib Bukele and his political career 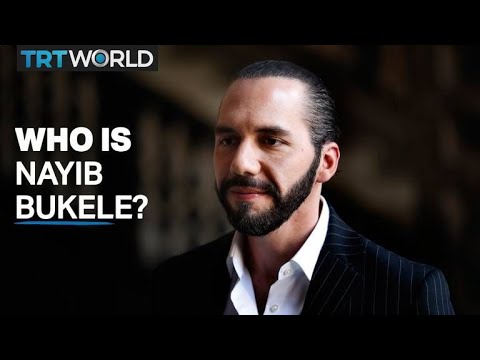 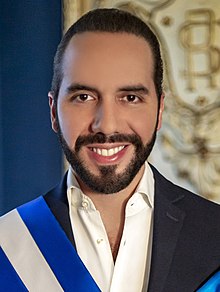 Nayib Armando Bukele Ortez (Spanish pronunciation: [naˈɟʝiβ buˈkele]; born 24 July 1981) is a Salvadoran politician and businessman who is the 43rd president of El Salvador, serving since 1 June 2019. He is the first president since José Napoleón Duarte (1984–1989) not to have been elected as the candidate of one of the country's two major political parties: the left-wing Farabundo Martí National Liberation Front (FMLN) and the right-wing Nationalist Republican Alliance (ARENA). Bukele serv...

Thanks for posting this video. I knew very little about this guy until I watched this interview. He seems rather level headed and intelligent and not the typical leader we are so used to. .

Now if only he could retrieve half of his country’s population that is illegally living and working in the United States.

Well theoretically if such countries had thoughtful leaders like this repairing their nations, then such illegals would eventually deport themselves by returning to their home countries.

IMO the US should have been investing in South American countries a long time ago to develop a more regional corridor of trade to which we would be benefiting from today. Instead we have China moving in our backyard looking to exploit such resource rich countries and to make them their own.

The United States has a long history of involvement in Latin America, dating back to the early 19th century. In recent years, however, its engagement with the region has been relatively limited. This is a mistake. As Latin America becomes increasingly integrated economically, the US should be investing more in the region to bolster trade and expand its economic power. There are several reasons for this. First, Latin America is a rapidly growing market for US goods and services. Second, the region is an important source of raw materials and energy resources. And third, Latin America is home to some of the world’s most dynamic economies. By deepening its economic ties with Latin America, the US can help to promote stability and prosperity in the Western Hemisphere.

Totally agree with this premise. Latin America still remains as untapped potential, which is probably why its attracting the Chinese for investment opportunities! 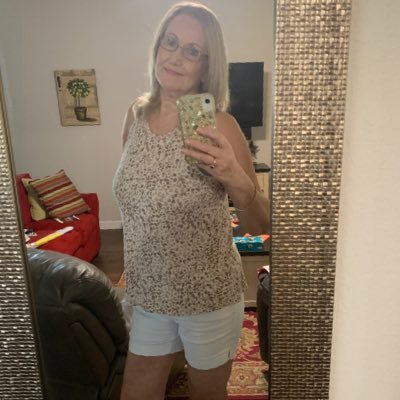 @NowPammsy
How other countries see Dems through their eyes! “Who makes do many stupid decisions?” (That would be Joe and his regime!)Listen to this man in his own words!👇🏻 Unbelievable, as we know! 😠 https://t.co/O9xyXP2syr
2 Likes
Roamingwyoming November 8, 2022, 11:14am #8

He gets it while others miss it!