The root of the problems we face as Americans is our educational system and the ones in charge of the materials that are supplied to teachers to teach students and that is text books. For years now it is a well known fact that our Educational system is rife with teachers who are liberals including the companies who supply the schools with their books.

So how many parents will protest this latest outrage of what appears to be blatant indoctrination by propagating such bold face lies? If no one stands up to this latest example by the cultural Marxists to brainwash our youth then it will continue! 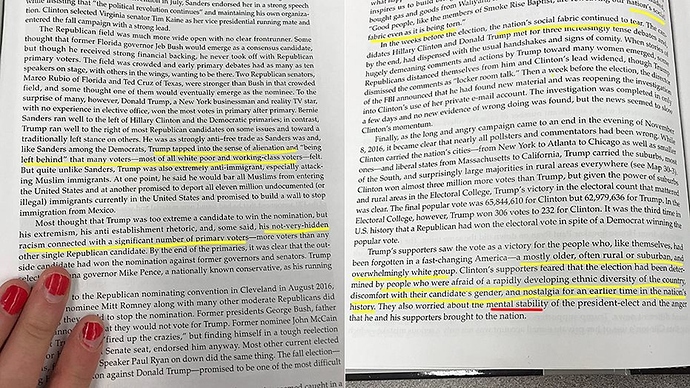 EDITOR’S NOTE: Facebook is cracking down on Conservative content. Many of you have complained that you never see our content in your news feeds. There’s only one way to fight back — and that’s by subscribing to my FREE weekly newsletter. Click...

With each new generation of textbooks and teaching materials they are grooming the next generation of potential voters and they know it.

And if they ever get a veto proof majority again they’ll outlaw home schooling.

They might try but the courts would slam it hard.

Is that before or after they pack the court with liberal justices?

This seems to be a global happening. Germany had a similar problem recently:

The American ■■■■■■ Committee in Germany is increasingly concerned about the way in which Israel is portrayed in schoolbooks. They say German textbooks paint a negative picture of Israel by associating the country too often with regional aggression.

The American ■■■■■■ Committee points to a preliminary study of textbooks by the German-Israeli Schoolbook Commission, which is a bilateral panel of academics and state educators. In Germany, the Commission reviewed over 400 history, geography and liberal arts books. And according to AJC officials, the preliminary findings highlighted an alarming trend in German textbooks.

“The report shows that Israel only appears in textbooks only in terms of a conflict with its neighbors. And it’s always described in portions of history or political science textbooks as part of problems, conflicts, challenges.”

Academics from the Georg Eckert Institute for International Textbook Research coordinated the study and reported the wording and photo-illustrations used in many German schoolbooks to describe Israeli events tended to stir up emotions. The AJC warns the books could spread stereotypes of ■■■■ and encourage anti-Semitism

At the rate Trump is moving along filling vacancies it’s going to be probably at least 10-15 years before they could get such an opportunity.

As for the SCOTUS I think he’s going to get at least one more seat in the next 12 months and if reelected will probably get to fill 1-3 more before the end of his second term.

We should have a pretty good lock on the judiciary then for 10-20 years and have a chance to undo much of what has been done over the last 50.

That is interesting article you posted. What doesn’t surprise me about this is that Germany outlaws home schooling by parents. Which is insane when you think about it. Its basically saying children born in Germany are property of the state and the parents don’t have a say in how they can educate their children.

One would have to ask, where is the school board as they chose the text that is taught.

In most states it is the state that decides on the textbooks, the school boards have little or no input and where they do they are spoon fed recommendations by the teachers unions.

We had a huge problem with that here in Texas for a long time but finally got some control back.

In our state, each school district choses the material for instruction as ach district purchases the books.

If you look though I’ll bet they are limited to a specific set of books by your state board from which to choose.

You can also thank our federal Ed Dpt for that due to creating “national standards” schools have to follow curriculum wise nationwide to qualify for federal funds.