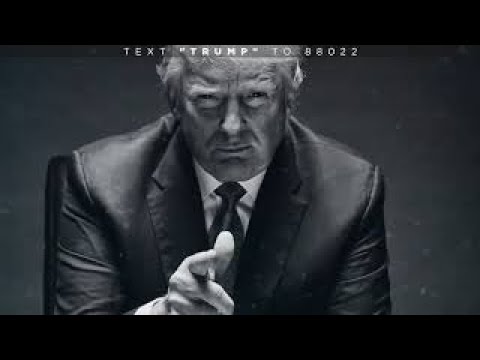 The Democrats have been repeating the same narratives since “Crooked” Hilary lost in 2016. They are exposing themselves for who they really are. Which only gives Trump a bigger bump on any of the present candidates today.

While the Democrats are for open borders - but yet they don’t for Abortion. Talk about a 360 degree on life. You would think they would be against Abortion, so they could get votes in the future to fill up their corrupted base.
They are against the Second Amendment, but yet most of the shooters from the Las Vegas shooter to the present, have all been Democratic sympathizers.
The Democrats have been personally and politically attacking Trump, calling him everything from Racist to Liar-in-Chief. As well, as a traitor - because he wants to stop the illegals from entering the country. But yet, we have democratic companies like Google, Facebook and Twitter that want to stop average Americans (mostly conservatives) from entering their use of the “First Amendment”.
The Democrats want to blame Trump for Iran, in reality, they should be blaming Obama and former Secretary of State John Kerry for “kissing ass” to Iran. As well, as North Korea.
They want to lower the standards of “The United States of America”, and yet, they call themselves “Americans”. (At the same time, they hate the very country that gives them all the Rights the want to take away from everyone but themselves.)

The Democrats of today should be ashame of themselves. But they don’t really care about the average voter. They only care about their vote. It is the ticket punched in, to carry on and continue to manipulate the average American. The very people that voted them in - in the first place.

Makes you proud to be a Democrat, huh?

Honestly, I would be quite embarrassed to be one. But folks on here won’t care. Their mind is so far up their @ss - they will continue the stupid narrative as they have been since 2016.

The Democrat Party will likely get more votes in promoting Trump hatred than it will promoting its socialist, gun-grabbing, raise-taxes, free-everything, open borders agenda.

IMHO, people that may already hate Trump for political reasons only are actually benefiting from what he’s done so far…and they know it.

The Democrat Party will likely get more votes in promoting Trump hatred than it will promoting its socialist, gun-grabbing, raise-taxes, free-everything, open borders agenda.

My parents were Democrats back in the 1960’s and into the 1980’s. They switched parties in 2016 - when they heard that Hillary was going to run. They are in their 70’s and 80’s now. I say it is better late than never.
They are well aware of what the Democrats are doing - and have been doing since Hillary lost. And they told me, none of what they are talking about will work. Especially, when the last of the baby boomers know very well what they (The Democrats) have been doing all along. The baby boomers will not accept any of this from any Democrats.

I worry not so much about the older citizens votes as I do the votes of the young and the illegal voting. I forget the exact wording of the adage concerning liberal minds being turned into conservative minds as the bodies age, but it is true.

One thing that is slowly learned throughout life is that people who are given their means of support will expect that more be given to them. People that learn the benefits of working for their own rewards will not expect anything for free.