They’re not even hiding it. Pedophilia is the next lgbt-alphabet soup normalization. 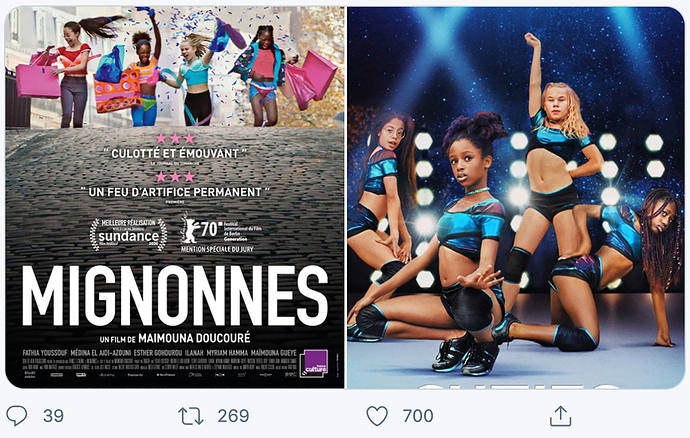 More than 30,000 people have signed a petition asking Netflix to remove “Cuties,” a movie they claim sexualizes children.

The film, which premiered at this year’s Sundance Film Festival, premieres on the streaming service Sept. 9. The trailer was released earlier this week on YouTube. It has a TV-MA rating from Netflix.

“Eleven-year-old Amy starts to rebel against her conservative family’s traditions when she becomes fascinated with a free-spirited dance crew,” the film’s description reads on the site.

However, Metro reports that the original summary was much more salacious: “Amy, 11, becomes fascinated with a twerking dance crew. Hoping to join them, she starts to explore her femininity, defying her family’s traditions.”

Netflix told the outlet the changes were made to ensure accuracy. They later issued an apology after the backlash.

The main character, Amy, is a Senegalese Muslim girl who lives in a poor neighborhood in France.

The French film, which also goes by “Mignonnes,” was written and directed by Maïmouna Doucouré, who is also Senegalese. She won the jury award at Sundance for directing the movie.

Her inspiration for the film came from seeing an amateur talent show in Paris. “There were these girls onstage dressed in a really sexy fashion in short, transparent clothes,” the first-time director told ScreenDaily. “They danced in a very sexually suggestive manner. There also happened to be a number of African mothers in the audience. I was transfixed, watching with a mixture of shock and admiration. I asked myself if these young girls understood what they were doing.”

She spent a year interviewing kids in the area to find out why they wanted to act this way.

Petitioners say the film exploits children. “The movie ‘Cuties’ shows children dressed provocatively, dancing sexually and is rated only for adult viewers,” reads their post on Change.org. “It was created for the entertainment of adults who are pedophiles. Please sign the petition to protect our children from exploitation in movies.”

Some Twitter users were equally enraged. Much of the anger was directed at the marketing poster for the film, which shows the young cast posing in cropped dance costumes.

“When you call a movie ‘Cuties’ and promote it like this: That’s sexualizing 11yr old kids,” wrote @iDavid76. “Shame on you, @Netflix.”

Several Twitter users compared the French marketing of the flick to the Netflix poster.

“The thing about the Netflix campaign for Cuties is how disgustingly sexualized these girls are,” posted @wwarrior_1. “Compare the poster and blurb from Netflix versus the ones on IMDb, s - - t is as different as night and day. Someone should get fired.”

“Black girls suffering from Adultification bias is very f - - king real,” said another user. “No child should ever be put into any disgusting situation like this.”

It is so revealing that the first major @netflix original to centre young Black girls hinges on explicitly sexualising 11 year old children. Whether it’s acting or music, a sexualised image is too often the price of mainstream success for Black women & girls. Disgraceful. pic.twitter.com/18ItsgIZLb 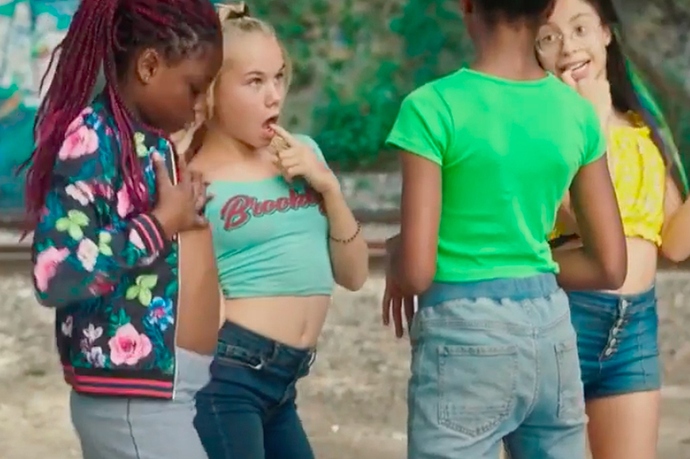 The film revolves around Amy, 11, who becomes fascinated with a twerking dance crew.