For all you sheep who still watch TV this is going to hit you, that is if you have a subscription plan with Netflix!

Oh well now is as good of time as any other to cut the cord and discover yourself! 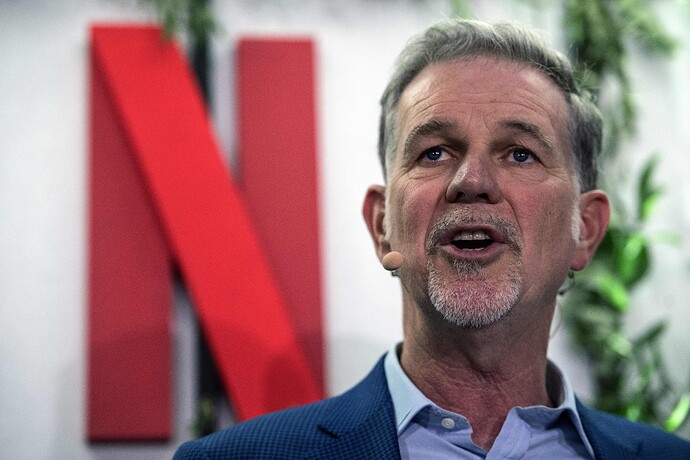 Netflix on Thursday raised the prices of its standard and premium plans to $13.99 and $17.99 per month, respectively.

I dumped them when “Cuties” popped up on my feed. That was before the outrage but I saw the picture on the title and thought “What the fuck?”… My wife saw it and we agreed, Netflix just isn’t necessary. Well, that was in addition to the bullshit they keep recommending. “Black stories” and “LGBTQUIOETJEWHKLmorons” … I initially started by disliking everything in those feeds but then I just thought… why the fuck am I doing this? These fucktards are getting my money to shove bullshit down my throat. Screw them.

They lost so much business they charge more for their trash.

I don’t want Netflix but I have been trying out both Sling and YouTubeTV. I hate YouTube but the streaming quality on their TV service is really good - plus unlimited DVR. Saves me a boatload or money on useless cable. I like with both services how I can pick and choose channels - more so with Sling.

Netflix is garbage and I won’t pay for it.

Haven’t tried Sling, is that just live TV or is it similar to Netflix? Decent content?

Sling is just like live TV. Same for the YouTubeTV. You can pick and choose more channels with Sling but the YouTubeTV has higher quality streaming.

I don’t either. I just blow through them on DVR. YouTubeTV has way less commercials and some of the ones they have is just a nice background with no audio.

I use to order old western TV shows like Rawhide, Wanted Dead or Alive, Cheyenne, Daniel Boone, Have Gun Will Travel and Combat on Netflix for $8 per month and they would send DVDs by mail 10 years ago. They started streaming online later. After I saw all the old good stuff I quit them.

"Former President Barack Obama and his wife, Michelle, have signed a multiyear deal with Netflix, the latest high-profile hire by the streaming media giant.
The Obamas will produce a mix of content that includes the potential for scripted series, unscripted series, docu-series, documentaries and features, which will be available to Netflix customers, the company, which boasts 125 million members in more than 190 countries, said."

For that fact alone it’s nix on netflix.

I will not give a penny to a company that passes my money along to the Obamas. Those criminals got 8 years of welfare from me.

Got some bad news for you. They’re STILL getting welfare from you. . .

Damn! You are right and the mooch has the nerve to turn around and call all the broke whites keeping her fat dumb and happy RACIST!