There are not many blacks in Nebraska.

However, there are some blacks in Nebraska – and that’s all it takes for this sort of thing to start happening.

Two people were arrested in Fort Collins on Saturday on suspicion of kidnapping one woman and kidnapping and killing another in southwest Nebraska.

Kevin German, 24, and Keonna Carter, 22, were arrested in Fort Collins in connection with their alleged role in the disappearance of a 20-year-old woman and the death of a 22-year-old woman, both in Chase County, Nebraska, according to a Chase County Sheriff’s Office news release.

The remains of the missing 22-year-old woman were found Sunday. She has been identified as Annika Swanson of Imperial, Nebraska, according to the Nebraska Attorney General’s Office. Her manner and cause of death have not been released.

The 20-year-old woman was found safe, according to a report by the Associated Press. It’s unclear when she was found, and the Nebraska Attorney General’s Office did not immediately respond to a request for comment Monday afternoon.

Swanson was reported missing Thursday, about a week after her father said he last saw her, according to a Chase County news release. After speaking with several people Thursday, investigators also determined a 20-year-old woman had been assaulted and kidnapped.

Officials began searching for Swanson the evening of Nov. 21, and conducted a more organized search with search warrants, a cadaver dog and tracking dog Nov. 22 in a rural part of the county south of Imperial. The search was unsuccessful. 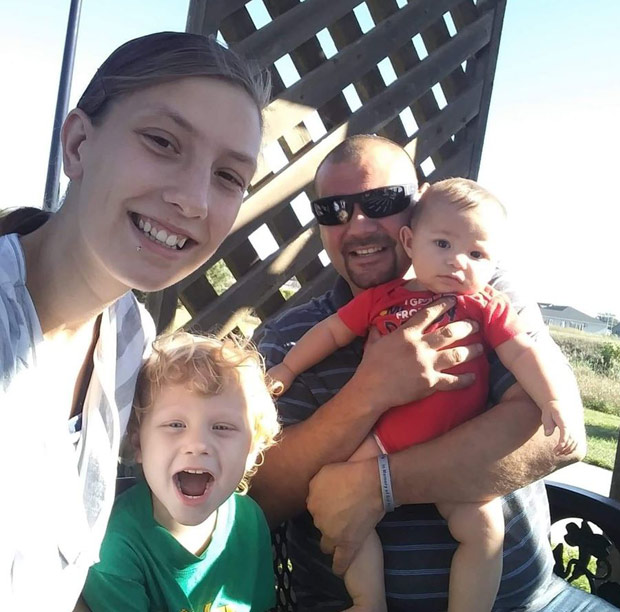 Why wasn’t this all over the news 24/7 for the past week? Where are the candle light vigils? Where are the protests of people screaming “no justice, no peace”?

Oh that’s right, the victim was a young white mother. So the media doesn’t care.

It would be nice if the media actually gave us useful information instead of trying to spin and cover up stories of blacks killing whites.

There are not many blacks in Nebraska.

They know but they know it goes against their goals to run such stories.

Look at how the treated the story of the young white college girl kidnapped and brutally murdered by an illegal alien.

It was the biggest story in the country for weeks until the perp was arrested.

This is well worth the time to read. Known as in stone documented historical truth.

Many white South Africans feel guilty about Apartheid, they feel as if they actually did something evil or bad, but that is totally wrong.

Ex president De Klerk apologised for Apartheid and so did the Dutch Reform Church Dominee, Swanepoel who also started pulling out his intestines about Apartheid and apologised on behalf of the entire church without any mandate from anyone of the congregation.

So when such “leaders” tell us how wrong we were, then we tend to believe them. But let us look at the truth.

Anyone who knows the history of South Africa will know that nobody suffered more on the soil of South Africa, no one has bled as much as the Afrikaners and their descendants the Boers. The Whites of South Africa and specifically the Afrikaners have nothing to be sorry for. In fact the Blacks owe them a tremendous gratitude and a gigantic apology for the way they treated Whites in the last 350 years.

The Afrikaners have a song that is taught to all Afrikaans kids from the crib and that every Afrikaner today knows. The name of this song is called, “Siembamba”. The lyrics are so heavy that I almost do not want to repeat it here. But it goes like this,

For our international readers I will freely translate and then explain.

–Wring his neck, throw him in the ditch,

Step on his head, then he is dead…”

Believe it or not…this is a song Afrikaans people sing to their children while rocking them to sleep!

It records the brutality of the Xhosas who would indiscriminately kill white women and white babies during the nine Kaffir wars. Black men are mostly cowards who are only brave when in packs. They actually seldom engage in head on confrontation with White men. When they attack it is always in groups, while people are asleep. Their preferred targets are the elderly, women and children.

A common myth amongst foreigners and South Africans alike is that they think that before the White man came to Africa, Blacks lived in peace and harmony with nature and with each other.

People want to believe that nature is pure and good and that the lion lies with the lamb, but reality is far removed from that. When one sees how hyenas tear a live animal apart, how a praying mantis bites the head off her mate after copulation how the Streptococcus bacteria can destroy human flesh, one is left with a feeling that nature can be very cruel.

Nature amongst African blacks have always been very cruel. Blacks who supposedly lived in tune with nature were regularly eaten by lions, crocodiles, bitten by snakes, stung by scorpions and their numbers controlled by insects like the mosquito (Malaria) or the Tsetse fly(sleeping sickness). Yellow fever and Cholera were other forms of nature to control the numbers of Blacks…

But it has to be said that before the white people came to Africa, the most effective way Blacks controlled their own populations were with genocidal tribal wars…and cannibalism.

Let me point out some of the psyche of the Blacks in order to try and understand his petty jealousy and envy.

Amongst the Black communities it is not allowed for individuals to show ingenuity or individualistic prosperity. The moment one Black person starts to rise a little above the others, he will be the first one to be hammered down by the community like a nail in a wooden floor. Those who do prosper are ostracised by their black tribes and it will be said of them that they are not real blacks that they are whites with a black skin…

That mentality still persists to this day, but this petty envy is accompanied with an inbred, inextinguishable, brutality that the whites of Africa came face to face with and learned about the hard way.

Ever since the white man set foot on South African soil, he has been shocked and horrified at the brutality of the blacks. No matter how much the whites wanted to believe in the “equality of man”, they were sadly confronted only with the brutality and reality of Stone Age savages.

Blacks of central Africa sold other blacks they have conquered into slavery to Arabs, other black tribes and also to whites. The moment one tribe had a bit more than the others, they would be prone to a nocturnal raid by neighbouring tribes who would kill all the men, rape the women and children, steal the cattle and incorporate the women and children into their own tribes.

Tribes who were not strong enough would flee the area. In sub Saharan Africa it meant that nobody wanted to flee north, because they knew it was a desert where they could not survive. So the only way was to flee south. The weakest of the weakest tribes were right in the front, followed by a slightly stronger tribe, followed by ever increasing stronger tribes further north, driving the weaker ones south.

Blacks moving South and Whites moving north looking for better grazing for their cattle eventually met at the Fish and the Kei rivers around 1770…About 120 years after the Whites first (permanently) settled at the Cape of Good Hope in 1652 . To put it into perspective, it was about the same time as New York was founded in the USA.

Who were these Blacks they met at the Fish River? They were the Xhosa. The Xhosa were fleeing from the Zulus who murdered them en masse. Even until today the word or name “Xhosa” in Zulu is synonymous with the word “coward”.

The animosity between the Xhosas and the Zulus goes back hundreds of years. Mandela and Mbeki, the two previous presidents were both Xhosas, but the current president, Jacob Zuma is a Zulu. Zulus and Xhosas hate each other more than they hate whites and that says a lot.

But why do the other Blacks of South Africa hate the Zulus? It goes back to “King” Shaka. Note I put “King” in inverted commas. Blacks can never be kings of any kind…before one can be a King, one should first be a MAN.

Shaka was a sadistic psychopath who committed genocide on a larger scale than Rwanda has ever seen. The Zulus wiped out entire tribes, entire cultures in what is today known as the Mfecane or Dfecane (Annihilation). Shaka’s terror was so great that Mzilikazi, the chief of the Matabeles fled BACK NORTH…direction where Zimbabwe is today.

Amongst all this chaos arrived the White man in the region of the Xhosas. They fought nine “Wars” against the Xhosa between 1811 and 1879. The Frontier Wars, Kaffir wars or Xhosa war

Everytime the wars were about Xhosas stealing cattle and other livestock, burning down homesteads, killing not only white farmer families in the most horrific torturing ways, but also the coloureds who worked for the whites.

It was at the time of the sixth Kaffir war that Piet Retief decided to trek with the other Voortrekkers.

Piet Retief and his party thought they could negotiate and buy land from the Zulus, but they were massacred on a hill at the kraal of the Zulu King, Dingaan when they respected the wishes of Dingaan to leave their weapons outside.

Every man and boy, around 100 in total, were clubbed to death. Retief was the last to be killed, so as to witness the death of his comrades.

The Voortrekkers built the town Weenen (meaning wailing) at the site.

Throughout the following decades up until the present day the whites of South have experienced this petty envy and brutality at the hands of blacks. Examples are legion. Boers retaliated atMakapansgat where blacks savagely murdered whites in the most horrific ways. Hermanus Potgeter was tied down to a rock bed and skinned alive like an animal while still conscious, he died while the blacks ripped his organs out.

More lately we saw the brutal black on black murders with the necklace method . We saw blacks storming into white churches with AK 47’s and hand grenades, opening fire on the unarmed congregation such as at the St James Church massacre. We have seen everything from brutalMuti murders to the evil torture preceding the brutal killings of White farmers and their family members in Rhodesia, Namibia and also in South Africa, most of the time nothing stolen. More than 3000 White farmers and family members murdered to date since the ANC took over in 1994.

It is necessary to reiterate that this violent nature of blacks are not directed at whites only, so the black behaviour apologetics who claim that this behaviour is retribution for wrongs committed by whites against blacks, have no leg to stand on, because most often than not this black violent nature is directed at their own kind as we have seen with Shaka’s defecane, Muti murders and necklacing.

No, this brutality, this murderous, stealing and other asocial behaviour of Blacks could never and can never be reconciled with the behaviour of the deeply religious and pious Boers of South Africa.

This violent behaviour of blacks was one of the rationales for Apartheid. The other was cultural differences. More on that in the next edition. For now it is important to realise that whites in South Africa never wanted to rule blacks. Whites wanted to separate from blacks and stay as far away from blacks as possible.