WASHINGTON – The national debt surpassed $22 trillion for the first time on Tuesday, a milestone that experts warned is further proof the country is on an unsustainable financial path that could jeopardize the economic security of every American.

The Treasury Department reported the debt hit $22.012 trillion, a jump of more than $30 billion in just this month.

The national debt has been rising at a faster rate following the passage of President Donald Trump’s $1.5 trillion tax-cut package a little more than a year ago and as the result of congressional efforts to increase spending on domestic and military programs. The nation has added more than $1 trillion in debt in the last 11 months alone.

They should have made it more clear:

“Reaching this unfortunate milestone so rapidly is the latest sign that our fiscal situation is not only unsustainable but accelerating,” said Michael A. Peterson, chief executive officer of the Peter G. Peterson Foundation, a nonpartisan organization working to address the country’s long-term fiscal challenges.

For Americans, the growing debt should be a concern, experts said, because over time it can push up interest rates for consumers and businesses. The higher rates can ripple through the economy, nudging up rates for mortgages, corporate bonds and other types of consumer and business loans.

More: Can the middle-class revival under Trump last?

A big national debt can also make it harder for the government to increase spending to combat the next recession or devote more money to retraining workers and helping the poor, among other programs.

Peterson attributed the growing national debt to “a structural mismatch between spending and revenues.” The biggest drivers are the aging population, high healthcare costs, and growing interest payments, combined with a tax code that fails to generate sufficient revenue, he said.

The debt eclipsing $22 trillion “is another sad reminder of the inexcusable tab our nation’s leaders continue to run up and will leave for the next generation,” said Judd Gregg and Edward Rendell, co-chairmen of the nonpartisan Campaign to Fix the Debt, a project of the nonpartisan Committee for a Responsible Federal Budget.

With deficits rising and gross debt scheduled to jump by more than $1 trillion annually, Congress must take action to put the country on a more sustainable path, Gregg and Rendell said.

“The fiscal recklessness over the past years has been shocking, with few willing to step up with a real plan,” they said. “We need responsible leadership to fix the debt, not a worsening of partisanship.” 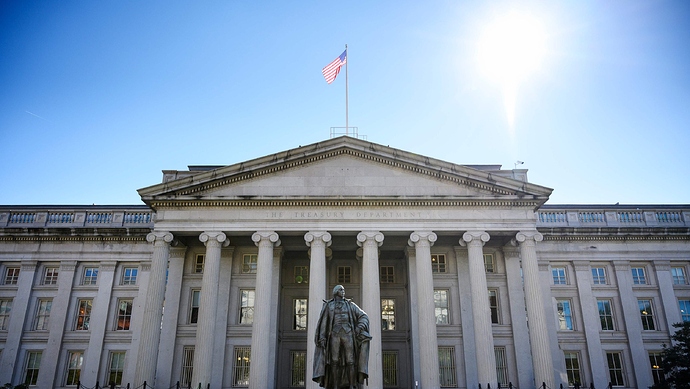 National debt tops $22 trillion for the first time as experts warn of ripple...

Treasury Department reports that national debt hits $22.012 trillion, which experts say is a sign of the country's "unsustainable" fiscal situation.