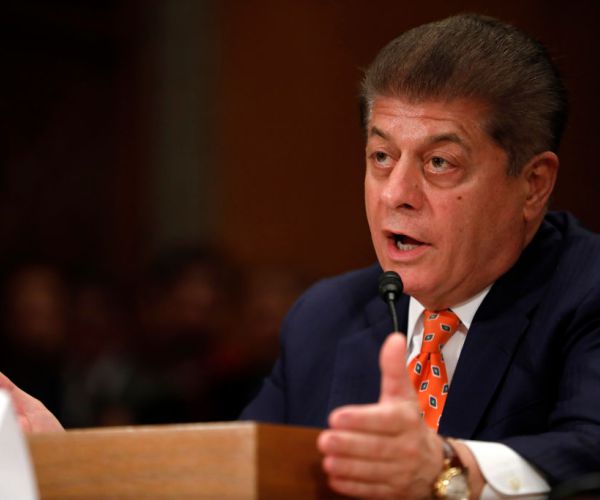 Special counsel Robert Mueller's full report will likely have some evidence of conspiracy between Russia and the Trump campaign, according to Fox News legal analyst Andrew Napolitano.

But Schiff pushed back, The Hill reported, saying during an Intelligence Committee meeting that “my colleagues may think it is OK the president’s son was offered dirt as part of an effort to help Trump.”

This is the same Adam Schiif that got a hard on when he was offered “naked pictures of Trump”…that didn’t exist.

What a fucking joke!

Adam Schiff should be drummed out of Congress!

Napolitano is a sham!

That was almost a month ago. I haven’t seen him say anymore about it. There is probably a reason for that. Doesn’t want to be spanked over his comments.

Napolitano is another bullshit artist who hates Trump, so not surprised by him trying to stretch things here to remain relevant on Fox news!

Napolitano is a moron , he is always on both sides from one day to the next . I have no idea why they keep him on Fox . Russia and Trump has been a nothing burger and even the anti- Trumpers said " there is no there there " !!! Have you ever listened to a prosecutors case in chief without hearing from the defense , that’s what we have hear !!! Many of those that took pleas did so to keep from going bankrupt !!! Mueller had to invoke a never used 200 year law to get someone , how just was that ?

I have no idea why they keep him on Fox .

I also love when Tucker invites his liberal friends and waxes them with logic, making them expose their own foolishness.

Yeah…FOX had it up few minutes ago as a new story…since then taken it down.

People candidly talking about personal knowledge of very Illegal collusion between Clinton, the DNC and a PAC. Then there’s the previous administration using law enforcement and national security assets, never mind paying foreign assets and private security firms, to undermine a political opponent of the Left … and the Left still fancies Watergate the worst scandal ever?

Nixon and his Plumbers look pure as driven snow in comparison to Obama, Clinton and company.

EDIT: while we’re at it, Nixon never stole White House formal service like the Clintons tried to do, he wasn’t even a petty crook compared to them.

Yeah…FOX had it up few minutes ago as a new story…since then taken it down.

One thing that I detest about ALL of the televised media is their use of “file videos”…where they really don’t have any new footage of what they’re talking about so they show some old crap from years ago.

This happens regularly in stories about the fighting in the ME and with flooding and bad weather in the US. I occasionally see videos that I know to be three to five years old…especially in the illegal immigrant invasion.

It’s all part of the media’s attempts to alarm the viewers.

I contend that all videos used in news stories should be required to show the date of origin.