Good. They should be afraid to be here illegally.

I like how they use the term “noncriminal” immigrants, as if coming here illegally doesn’t already make them criminals.

Where have I heard that lie before?

“and none of them allow us to take someone into custody without a warrant” more bullshit. What do you call an arrest with probable cause?

Not permitted? According to who? Are they not also US citizens? More lies.

A pipe fitter & plumber most of my life. I have had my arm in sewer lines up to my shouder. It was honest work. I will say, many illegals contribute to decreasing the population of our legal citizens. This is well documented as are many other lists. [

It’s not. And even if they aren’t, the cost far outweighs the benefit of having them here. 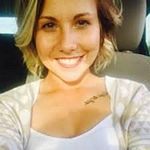 Ramon Hector Martine Ontiveros, 33, an illegal alien from Mexico, has been charged with first degree murder of Paige Gomer, 28, of Hinton, Oklahoma. Ms. Gomer was shot and killed on March 21, 2019.

Cristhian Baherna Rivera, 24, has been arrested for the brutal murder of Iowan native Mollie Tibbitts, 20. Authorities have determined that Rivera, a Mexican national, is an illegal alien and has been living and working illegally in the US for several years.

Investigators believe that Ms. Tibbitts, a sophomore at the University of Iowa, encountered Rivera in July while she went running on July 18th in her rural Brooklyn, Iowa neighborhood. Ms. Tibbits never returned home from her run. She was reported missing and law enforcement began searching for the missing woman.

Rivera was identified as a suspect thanks to security camera video captured him following Ms. Tibbits. Rivewra reportedly confessed to the murder of Ms. Tibbitts after getting angry after she rebuffed his advances and threatened to call police.