My AR-15 is 'ready for you', Texas lawmaker tells Beto O'Rourke 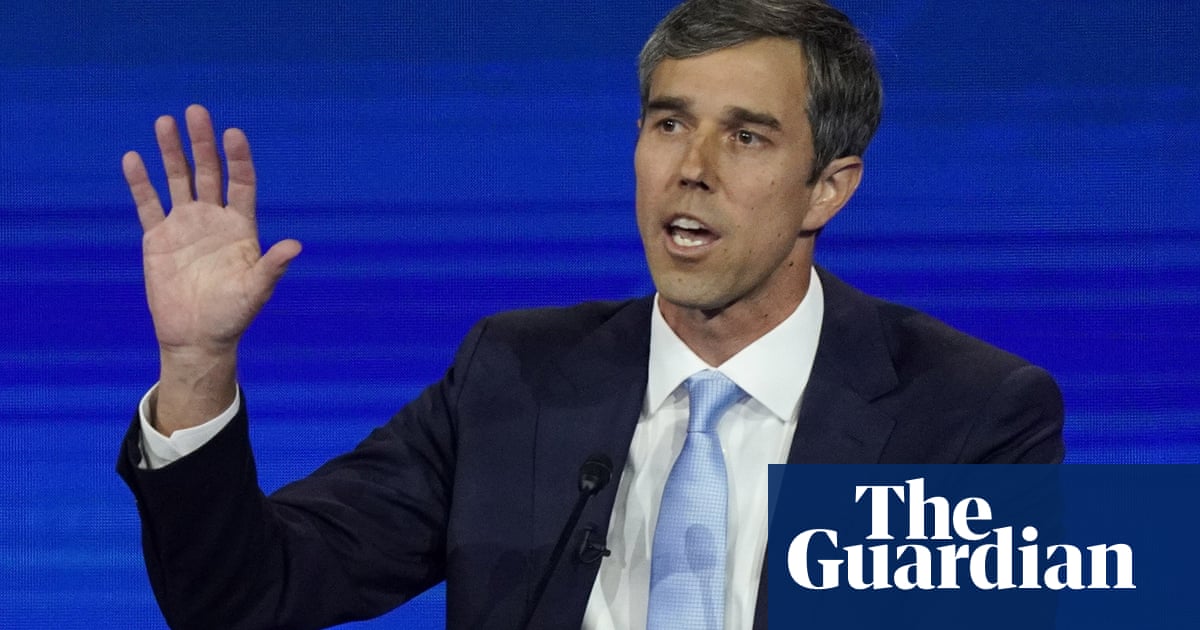 My AR-15 is 'ready for you', Texas lawmaker tells Beto O'Rourke

Beta is just a symptom.

The DNC and the MSM are trying to start a fucking civil war.

So only certain people can make death threats without going to jail immediately. Gotcha

The party that kills millions of babies every year, and desires to kill the elderly, wants to take our guns? Not getting mine. Ever. This type of executive order would start a civil war.

Tough talk from Americans who will let their government come and take it. When you want to come shoot real weapons again let me know. I’ll let you shoot my AR here in France.

No one is scared of the Robert Francis O’Rourke. I think his poll numbers are slightly higher than mine by 1%. Of course I’m not running…

Fact is politicians are way too fucking comfortable threatening law-abiding citizens. It used to be when the political class made threats like this they got the shit kicked out of them. This type of political rhetoric needs to change somehow, some way. I don’t take kindly to being threatened by some sniveling little shithead.

This is just to keep Beta in the news. It’s never going to happen. First of all. Democrats and their MSM lackeys openly detest the police and the military. They never waste an opportunity to slander them, yet they want and expect to use them as henchmen to turn on their own people and take away their constitutional rights. Come on. How many cops or military members would be interested in observing these commands? ZERO.

Even if every cop and military member did what they were told they would still be greatly outnumbered.

It’s not a death threat to promise self defense.

That’s the part that annoys the piss out of me. Stop calling it a buyback. You didn’t sell it to me in the first place, nor do I wish to sell a single gun I own. Honestly, I’m not sure why I care. My guns were all stolen a few years back and I’m too lazy to buy more. I only buy ammo for paper weights.

It was interesting to watch the afternoon news shows yesterday, where the female anchors and guest pundits seemed to think that Beto showed a real ability to generate excitement–in a way that none of the other candidates have–with his “We’re coming for your AR 15s” stance.

They are moms as well as TV analysts and talked a lot about the drills that young children face as they go back to school. Watching the video of his statement from the 3rd debate, Beto did a great job of explaining how AR 15s and AK47s are designed to leave a foe wounded on the battlefield and how the use of them in Odessa, TX overwhelmed the medical rescuers because there weren’t enough ambulances. It was just an excellent explanation.

Later heard the male analysts and pundits talking about how Beto had gone too far, how it would never happen, how he might damage Democrats, etc. I don’t know whether his embrace of this issue will work for him, but listening to the guests, I wonder if Beto has been out there hearing people and the media is just lagging behind. I’ve long belonged to a forum of mostly moderates, some Democrats, some Republicans, some Independents and have recently seen a change in attitudes about military style weapons, with even those who own them saying it’s time to give them up.

Hey, I want to repeal the 2nd amendment, in toto.

If you’ve ever had conversation/been friends with a hunter/gun enthusiast DEMOCRAT (yes, there are plenty, especially in states like MI and WI), you know how angry this will make them. Whether it’s sensible or not, gun confiscation is 100% a political loser. Reinforces the narrative that the NRA types have tried to fuel for years.

There was some talk about a month ago about some reasonable steps we could take. In that vein, why not added safety training and insurance requirements for anyone who wants to own more than a rifle or handgun (should have SOME standards even for those)? Not that the GOP won’t oppose, tooth and nail - but it’s the right common sense way to begin the conversation. Someone who will abide by safety and insurance requirements really IS someone who just wants to be able to shoot high-caliber weaponry at paper targets, and/or prep for the zombie apocalypse.

Confiscation won’t fly, but a buyback could.

I’ve seen various quibbles about banning assault weapons (we know what we mean, hey), which can be evaded by gaming definitions. I do not consider this a problem — in the era of Big Data a list of proscribed guns is a pretty small job. New gun design? Empower ATF to add guns according to its own criteria.

It has been suggested to limit/ban from civilian sale, high-velocity ammo which the military weapons use. I don’t care if you want .223 to shoot varmints, use a 22. LR. It will do the job (I come from a family of hunters, a useless “sport” which I abandoned long ago).

And I still want to repeal the 2nd, which has not yielded any prevention of tyranny or sheltered citizens from abuses of power. It only protects a hobby.

The only threat here is the socialist party of America threaten to remove 25 million modern rifles from their legal owners IF ELECTED .
With the resulting blood bath making prohibition , the union movement and the drug wars look like a walk in the park !
Let freedom ring .

Someone who will abide by safety and insurance requirements really IS someone who just wants to be able to shoot high-caliber weaponry at paper targets, and/or prep for the zombie apocalypse.

There are already rules on the books that law abiding gun owners follow, so not sure why creating more is going to address the mass shooting issue. Not one person who is upset about Gun issues related to mass shootings has ever proposed addressing the other systemic issues related to these crimes, such as anti-depressant drugs, mental health issues, gangland violence and so forth. Why is it that legal responsible gun owners are always the ones that has to suffer at the hands of knee jerkers trying to score political points?

@CriticalThinker @sooner @smitty the NRA may be on its way out but let’s not kid ourselves about how they have injected their poison into the system, created their myth narrative and how that is still the dominant counter argument to the issue of gun control today.

The original intent was to ensure that the government would be able to draw upon a militia with its own personal armaments rather than to maintain a standing army with the associated costs and the potential for abuse.

Some time in the 80’s, the NRA- which is an industry supported tool devoted to profits for arms manufacturers- began to insinuate into the American consciousness the idea that the Second Amendment was actually the Founding Fathers’ way of providing the citizenry with the same military capabilities of the armed services to guard against the desires of a rogue government to enslave the nation.

Hence the militia movement and it also matched the extreme rhetoric employed whenever the Democrats came into power.

I talk to these people with AK’s or the equivalent daily and discounting the male pornographic fetishistic aspect of owning the ultimate killing tool, they always parrot this same embedded rationale for needing one and the subtext is always racist cloaked in a twisted interpretation of patriotism.

The idea that Beto O’Rourke, as a Texan, is unaware that what he is saying is utter bullshit is absolutely nil.

This is a generational issue with too many moving parts to even describe and while I agree with the sentiment behind it, I really hate the oversimplification which we are hearing from Beto now.

Have your moment in the footlights, Beto, but don’t expect us to be impressed with your “duh” solution.