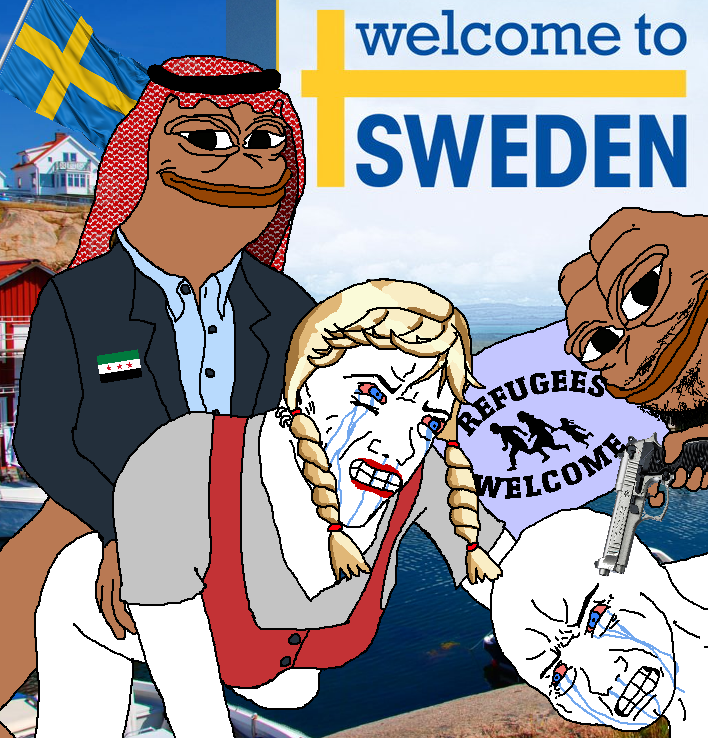 In the land of Sweden the rapefugee is always the first to rape and the last to be arrested. There was a lot of confusion for all of the Swedes involved with investigating this case because the woman was raped by two other rapefugees after the first rape on the same night. With so much raping going on things can get very confusion, especially for low-IQ Swedish cucks who secretly love all of the women of their country getting raped by third world brown savages.

A 25-year-old immigrant is now arrested at Eskilstuna District Court for rape against a woman in Strängnäs 2015. Earlier, two other foreigners were also convicted of raping the woman on the same night – but on another occasion.

It was the night of August 23, 2015 that a woman was subjected to two rapes on Tosterön in Strängnäs. The woman was attacked on her way home from a tavern. She was then raped by an asylum seeker at Bert Karlsson’s asylum residence Hotell Mälarblick.

Shortly thereafter, the woman was once again raped by two other asylum seekers after she managed to escape from the first.

I’m gonna fuck you little Swedish girl, proclaimed one Arab before going to attack, according to the woman.

Later that year, two immigrants were convicted of rape and deportation, according to SVT Sörmland.

However, on the woman’s body there was sperm from another man.

It is the man who has now been arrested on suspicion of rape. His DNA should have been found in connection with his recent arrest for steering wheel driving in southern Sweden.

According to the arrest request, which Fria Tider has taken part in, it is also about an immigrant. He needs an interpreter in Arabic and is said to be born in 1994.

SVT writes that the man lived in a refugee residence when the rape was committed. However, he should then have succeeded in obtaining Swedish citizenship. 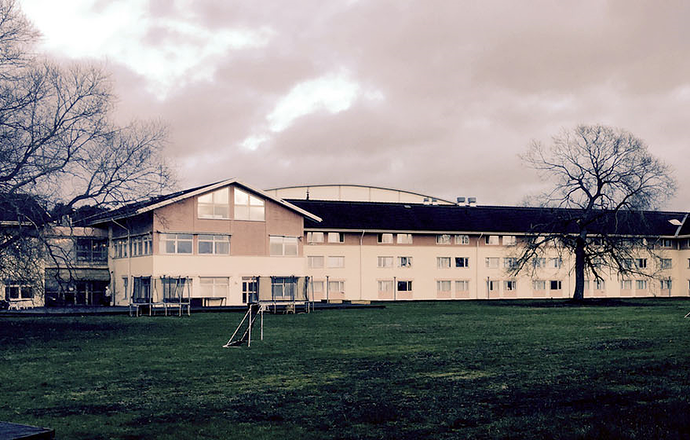 Damn - three rapes in one night. When is Sweden just going to napalm itself to death?

Not to be a dick…but this girl lives in an Islamic country and should have realized that leaving the house without her hijab and in the presence of a male family member chaperone was just going to lead to her being raped by everyone in close proximity.

You know what is more telling about this story, is the #metoo movement is been mostly silent. Why is that?

Swedes are retarded and they deserve everything that’s happening to them. Their own prime minister just said that there is no correlation between stupid high levels of unchecked third world immigration and an insane crime wave that has taken over the whole country. They will keep electing the same assholes who promulgate the same policies that result in the same shit year after year. Swedes with enough money to leave the country are doing so. Those who are stuck in the country can celebrate diversity and the rape of every single family member with a vagina. Good times.

Nordfont can get off their asses at anytime.

I believe all Swedish politicians should stand in line, and allow refuges to punch them in the face every week.

Sweden must educate itself in the art of lynching. The Swedes are known for high quality rope. Here ya go, the answer has always been there, but strangely overlooked: Swedish Rope | Rep, tross, linor och snören | "Vi slår det …

Poor small town folks are going to be savaged by these muds. What an unspeakable abomination. Sweden is already 2nd in the world for rape. Young girls are gang raped in public and nobody even tries to stop it. Rapists get community service. No joke, this goes on every day. Subhuman immigrants are free to do whatever they want, and they do. I am sure most crimes are not even reported either. Swedes are so nice, totally anti-racist and tolerant. The immigrants are the exact opposite. Sheep to the slaughter.

What a nightmare, it really could not be any worse.

Swedish independent journalist Joakim Lamotte has talked to a mother whose 11-year-old daughter was raped by two men.

The mother has just been informed that the investigation has been closed, and that her daughter will not be redressed.

Her daughter’s life has been destroyed, she says, and the only resort they see is to move to another town. She is strongly critical of how the police have handled the case.

At the same time, the political development in Sweden is worrying to say the least. While children are raped and the police fail to solve the cases, politicians in Stockholm cannot even form a government. The situation is acute and instead of talking to each other, the party leaders act like kindergarteners.

Because of this fuss, the new budget must not contain any new political proposals, which means that the police will not receive any new resources. “It is incomprehensible. I thought politicians would work for the people’s best. Now they only work for their own best,” writes Lamotte.

“They do not care that the ones suffering from this political mess are common people. As long as they themselves are not exposed, it is not important to take responsibility for Sweden. “How many girls must be raped in Sweden before politicians act vigorously? “It’s high time to end the political sandbox,” he concludes.

Be a nice place to have a gun and be able to put it to go use!