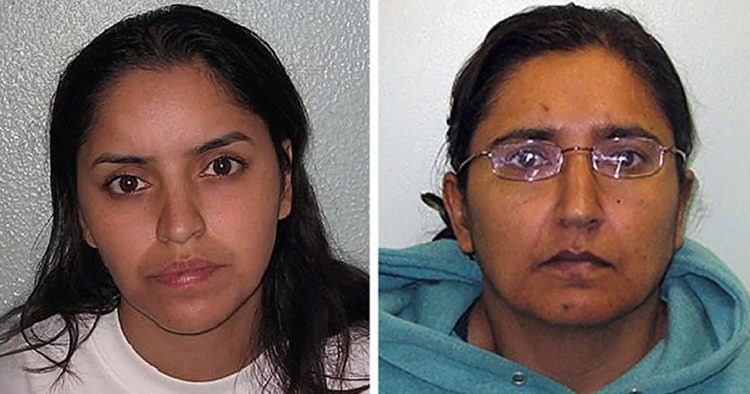 An 8-year-old girl was subjected to prolonged torture at the hands of her mother and her lesbian lover before being killed by a blow to the head.

The girl’s mother was controlled by her lesbian partner, who created fake characters who would text the superstitious mother–including a Muslim spirit guide named “Skyman”–to get her way in turning the mother against her young, defenseless daughter.

Ayesha, who was 8 at the time of her death, was killed by her mother, Polly Chowdhury, and had over 50 injuries including carpet burns, bruises, and even a bite mark when she was examined post mortem.

Chowdhury was manipulated by her lover and former next door neighbor, Kiki Muddar, who created fictional characters including an online lover by the name “Jimmy” after convincing Chowdhury to leave her husband.

Her husband had tried to move his family away to escape her influence.

Chowdhury, whose personality was described as “trusting” and “gullible,” had developed such a deep relationship with “Jimmy” that she expressed a desire to marry the fictional online character she met on Facebook.

Muddar would pretend to channel “Jimmy” during sex with Chowdhury, playing to her beliefs in the supernatural, ghosts, and messages beyond the grave.

The couple were both fans of horror films and would sometimes burst into Ayesha’s room at night taking turns wearing masks to scare the young girl.

Chowdhury was also told that Ayesha’s coldness towards her would negatively affect her relationship with “Jimmy.”

Muddar eventually brainwashed Chowdhury into believing that her daughter was evil, possessed and had “bad blood,” sending her over 40,000 texts which said: “You have no right to ever love or like your evil daughter,” according to The Independent.

During the hearing, the court was played a recording from a telephone call where Muddar called Ayesha a “witch” and threatening “I’ll f***ing drown her in the bath.”

When Ayesha’s body was discovered by paramedics, Muddar told them: “Ayesha is always naughty. She was a naughty child and her mum thought she was possessed by the devil.”

Detective Inspector, Donna Convery, said Ayesha was “an innocent child who was caught up in the most bizarre set of events, manipulated by two adults who were intent on causing her harm.”

She added: “Ayesha should have been protected by the one woman she thought she could trust but her mother, Polly Chowdhury, allowed herself to be influenced by Muddar so that sustained mental and finally physical abuse could be inflicted on her daughter.”

Throughout the abuse, Ayesha kept a diary, stressing how she didn’t want to be bad, logging her behavior and experiences.

“I’m letting my family and Kiki down,” Ayesha wrote. “If I be rude then nobody will like me…I don’t like hurting other people’s feelings!”

If she was deemed to be bad, she would be beaten, locked in her room, and deprived of food.

Afsar Ali, Ayesha’s father, who attended the entire hearing at the Old Bailey, said, “This has been the hardest and most difficult thing that I have ever had to do in my life. It is impossible for me to sum up what has happened in the last couple of years.”

“It is impossible to find the words to describe my feelings,” he added.

“Our world fell apart. Everything that had happened over the past few years collapsed in a blink of an eye. Our world crumbled right in front of us,” said Ali.

“For moments in my life I block the world out completely and I try to only think about Ayesha, my princess, her smile, her presence, her words and her kisses.”

“In my heart our princess Ayesha shall forever remain.” 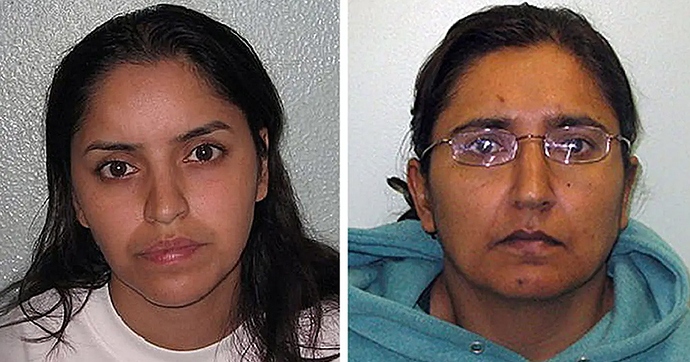 These people are psychopaths, mentally ill, and evil. They projected their own demons onto the daughter.

Wow, putting kids in the hands of a pair of mentally ill, sexually obsessed, psychotically violent muslim females. What could go wrong? Answer: it’s the fault of white men. Contrary to what liberals believe - that we’re all the same under the skin’? - well as usual they’re wrong . . . I mean middle easterners habitually bury a transgressor in the ground upto their neck and hurl rocks at their head until they snuff it; and they carry out honour killings by throwing acid into someone’s face for a perceived offence, and it’s normally the patriarch who does the deed: and Africans still believe in witchdoctors, practice female genital mutilation, and the cleansing of the devil from babes-in-arms and toddlers - would any of us do any of that?? Of course we don’t!! I reckon liberalism is a form of mental illness.

That’s Old Testament, I’m told Christians don’t live by that. Isn’t there a similar instruction concerning homosexuals? Aren’t homosexuals welcomed in the church, aren’t they even in the ministry?

Anyone who can look at a case like this and not support the death penalty is almost as sick as this couple.

Reminds me of a pair of Lesbian deaf women who were intentionally damaging the ears of their “son” so he too would grow up deaf.

Not by any church that follows the bible.

Christians do not use the OT law for punishments but we haven’t rejected the OT’s history, the ten commandmets or anything else that defines what are abominations to the Lord in it.