Mueller & His Angry Democrats Might Have LIED in the Report

WHERE IS JOSEPH MIFSUD? Has he been “suicided”?

Robert Mueller and his angry Democrats might have lied about one of the spies involved in the Papadopoulos case. Rep. Devin Nunes says he did.

This month, the New York Times admitted there was at least one additional spy surveilling the Trump campaign, a woman named Azra Turk (alias no doubt). She spied on Trump campaign adviser George Papadopoulos.

Another spy, Joseph Mifsud was described as a Russian spy offering Papadopoulos connections in Russia. However, that might not be true. He might have spied on Papadopoulos for the West.

Papadopoulos claims that Hillary Clinton was seen dining with Joseph Mifsud and Italian Secret Service in 2016.

Mifsud ignited the probe allegedly, and, although he was portrayed as a Russian spy, he has a lot of connections to Western intelligence.

In a letter to the State Department, FBI, CIA, and NSA, Nunes presents photographic evidence of Mifsud in close proximity to influential Western political and government officials, Fox News reported.

He is requesting information on Mifsud and suspects the FBI or CIA sent Mifsud to spy on Papadopoulos, not Russia. The fact is, Mueller did ignore Mifsud’s ties to Western intelligence in his report.

That means Mueller and his team lied in the 448-page report.

Mifsud is suspected of being an FBI trainer and an FBI asset.

According to Nunes, Mifsud visited the State Department in Washington DC in 2017, probably after Trump was inaugurated. This is quite an omission by Robert Mueller and his angry Democrats.

Rep. Nunes said, “ We spent $30 million on this as taxpayers and they can’t even tell us who Joseph Mifsud is? So we’re getting to the bottom of this. We believe he has ties to the State Department. Actually, our State Department had him in the United States capital in 2017!”

Nunes did include photographic evidence in his letter to the various executive agencies.

The fact that Robert Mueller and his team painted Joseph Mifsud as a Russian spy appears to be a lie if Nunes’ report is true.
https://www.independentsentinel.com/bombshell-mueller-his-angry-democrats-might-have-lied-in-the-report/

While I’m not putting any stock in this yet it has also been suggested that the Obama administration was behind hacking the FISA judge. 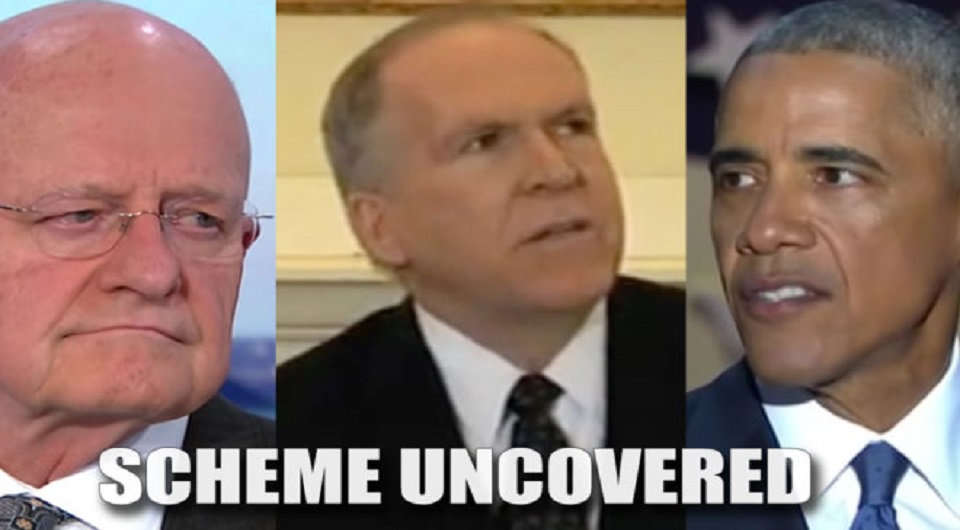 I covered this already in the Spygate thread.

It fits in well with this thread too…another item Mueller may have “inadvertently” overlooked.

I called Hillary a bitch in one thread. Does that mean I shouldn’t repeat it in another?

Just trying to be a good custodian here, as I make a concerted effort to keep that thread updated, so why create another when you don’t have to? I mean this with all due respect!

With all due respect, I inferred you were replying to @Rurudyne’s post…one that is not an OP but a reply to mine.

On review of the SPYGATE thread, I see you did mention this issue in post #65, 2 days ago.

However, I see no problem having a separate searchable thread linked to Mueller’s report and possible lies by his team.

Well there is also another thread dedicated to Mueller and his report so this is kind of redundant IMO, but its not for me to decide so whatever.

Is every post related to Trump supposed to be in a common thread?

My thoughts, this site needs nothing but Trump threads. Lol jk
I am still getting through this site…are there even common threads on this site?

In '16 I had no idea what would happen … otherwise I’d have laid in a big supply of popcorn and been watching the returns for the first sign of weeping and gnashing of teeth.

oh It will backfire and you are seeing it now

Oops the report didnt link him

So now they are using Obstruction of justice…

The hearing was a dog and pony show

I talk to some of my old friends living in Germany and Scotland and theyve said the Democrats look desperate now and they can see how much the Democrats hate Trump.

Clarify for them…
It’s not just Democrats. There are old timey Republicans… the new world order kind, the orthodox fiscal conservative kind, the pompous conservative intelligentsia … who hate Trump too. Some of them are maybe coming around but they certainly hated him from 2016 to 2018 and will even now harumph a solid “Told ya so” if tarriffs fail or some other Trump behaviorism gets us all in trouble.

While I agree that this is certainly a lie, and they knew it, it will never stick. The CIA or FBI no doubt fed them the bogus info on Mifsud. The liar who fed them that crap will never get held to account. They no doubt have some flimsy report from a shadowy source for the Mifsud story.

It’s almost too late now for Trump to clean house. Not only should scores of spooks have gotten fired by now but several “friendly” intelligence agencies in Europe should have been punished severely, they colluded in this big time. I’ll bet that there’s a mountain of “intercepts” from Europe of gossip about Trump and Russia and it has Brennan written all over it.

I venture that ALL of the establishment that has been making their families and friends rich by “serving the people” shudder at the thought of their cash cow being slaughtered. It makes no difference which party they work for.

Every time President Trump takes an action that threatens the flow of their revenue, their opposition to him (and all things connected to him) strengthens.