Special counsel Robert Mueller on Tuesday filed a long-awaited sentencing memo regarding his criminal case against former national security adviser Michael Flynn and recommended he not receive any prison time after providing prosecutors with “substantial assistance.”
“Given the defendant’s substantial assistance and other considerations set forth below, a sentence at the low end of the guideline range—including a sentence that does not impose a term of incarceration—is appropriate and warranted,” the filing reads. According to the document, Flynn participated in 19 interviews with investigators with the Office of the Special Counsel or Department of Justice, wherein the former Trump official gave “first-hand” information about communications between Trump transition team members and Russian officials, while assisting with a previously unknown “criminal investigation.”

Federal sentencing guidelines recommend Flynn be sentenced up to six months in jail and face a fine up to $9,500.

“The offense level and guideline range, however, do not account for a downward departure pursuant to Section 5K1.1 of the United States Sentencing Guidelines reflecting the defendants substantial assistance to the government, which the government has moved for contemporaneously,” the memo states.

In September, a federal judge on set Flynn’s sentencing for December 18, more than a year after the retired U.S. Army lieutenant general pleaded guilty to lying to the FBI about his contacts with Russia during the presidential transition.

When he pleaded guilty last year, Flynn admitted to lying during an FBI interview about the content of his conversations with Sergey Kislyak, Russia’s ambassador to the U.S.

According to his plea, Flynn discussed U.S. sanctions with Kislyak on Trump’s behalf during the presidential transition and said members of the president’s inner circle were aware of, and in some cases directing, his efforts. Flynn had urged Kislyak not to respond to sanctions imposed by the Obama administration in response to Russian election interference.

When confronted by FBI agents about the conversations, court papers say Flynn made “material false statements and omissions”, which impeded what was then an FBI counterintelligence investigation. That probe was later taken over by Mueller, who has brought indictments against Russians that detail a broad campaign to attempt to help Trump’s candidacy and hurt Clinton’s during the 2016 presidential campaign.

Flynn’s interview occurred in January 2017, shortly after he took his post as national security adviser in the Trump White House. He was forced to resign in February 2017. The White House said he was fired for misleading Vice President Mike Pence and other senior officials about the content of his conversations with Kislyak.

As part of his plea, Flynn also admitted to lying about Turkish lobbying and research work. He belatedly registered with the Justice Department as a foreign agent for the work weeks after he left the White House. 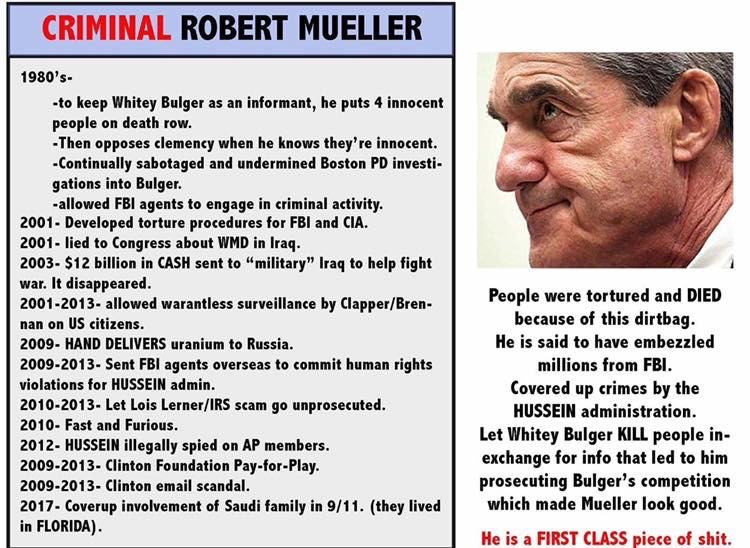 As part of his plea, Flynn also admitted to lying about Turkish lobbying and research work. He belatedly registered with the Justice Department as a foreign agent for the work weeks after he left the White House.

This is the part that’s bad for Flynn and there was no way out of. He not only failed to disclose it, he actively attempted to conceal it.

Very disappointing. I’m glad he won’t be going to prison but this really was a sad end to his career. Hopefully they were not able to get him to fabricate anything criminal on the part of Trump of anyone else under investigation.

Mueller should have been fired, disbarred, and arguably charged himself numerous times over the last three or four decades.

We allow federal prosecutors to create criminals and crimes to prosecute and ignore their abuses all in the name of “getting the job done”.

Make no mistake, I want the bad guys in prison but not at the expense of turning our own people into criminals in order to get that job done.

Several of his deputies working underneath him on this investigation are just as bad if not worse. 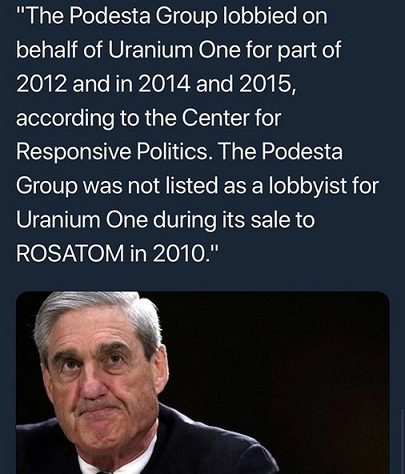 This is a pretty easy to follow thread on the Flynn Mueller reveal. Nothing new for folks here but nice to have in case you got a few NPCs to short circuit. 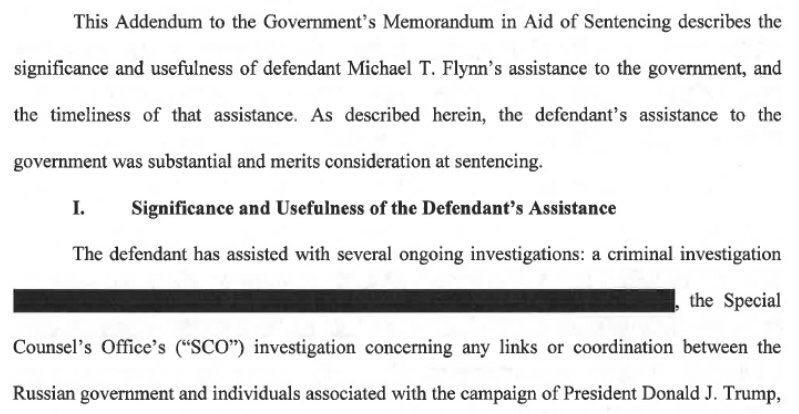 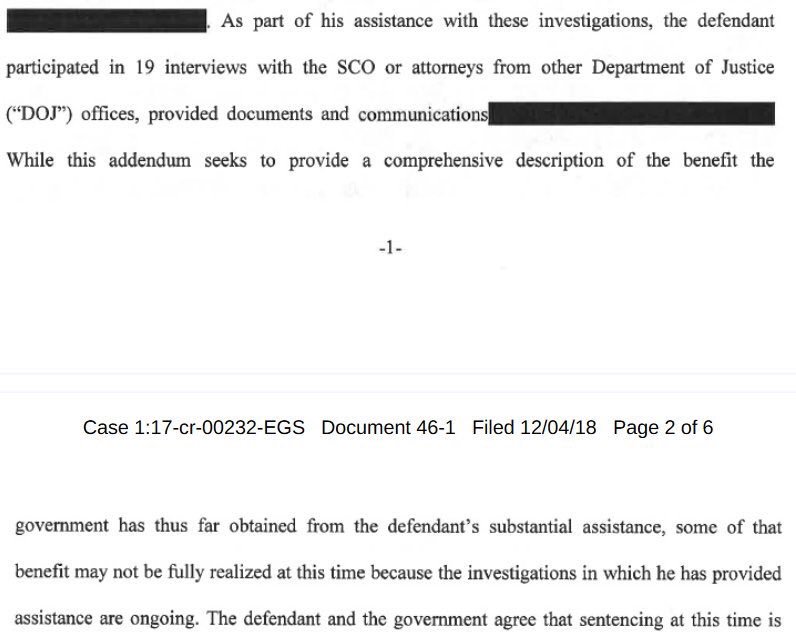 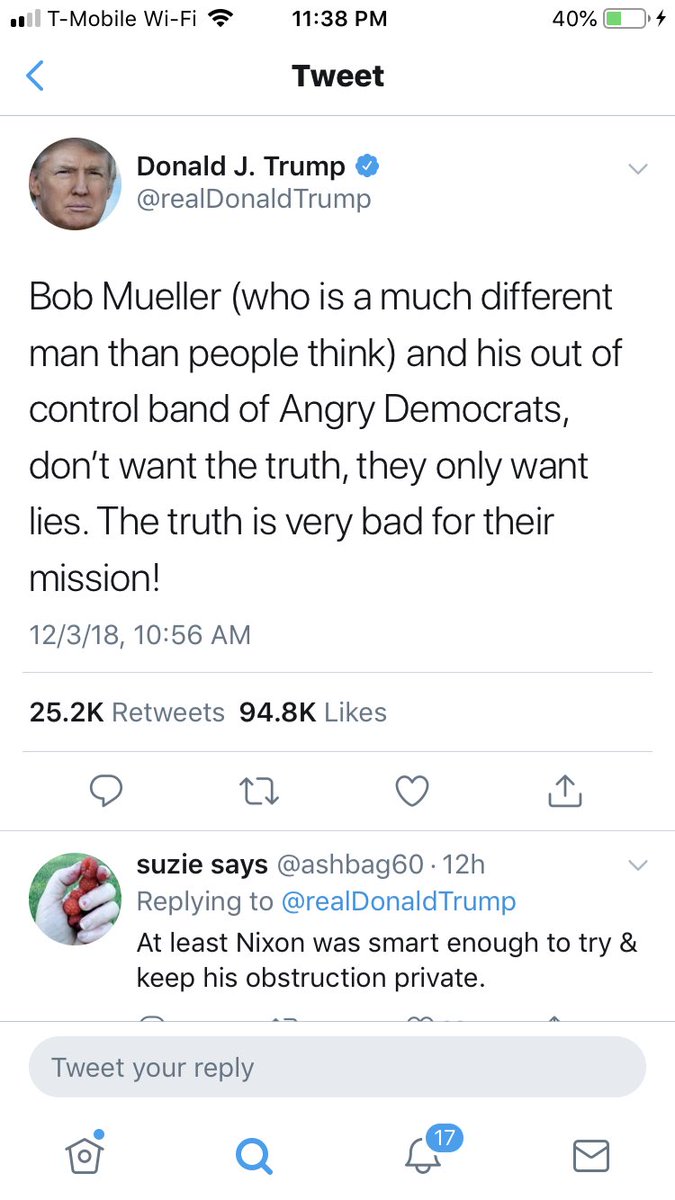 So much for equal treatment under law.

The claims Trump is guilty of obstruction are just laughable.

Comey and Strozk literally changed the 302s - a federal crime.

Flynn NEVER lied. Flynn sold his house because Mueller bankrupted him. His family was living in total fear. This ALL happened because the real crooks didn’t want to get caught.

Government is too powerful and can ruin your life to save themselves.

He did wilfully conceal his deal with the Turks, that was a crime. Minor, but still a crime.

That’s what hung him in the end.

If I were General Flynn I’d file charges against Mueller for the exact amount he had to pony up for a defense plus 25% for the inconvenience and unlawful and malicious prosecution he perpetrated. Mueller committed treason in my book and deserves the death sentence.

If he could prove malicious prosecution he could not only sue and win but be afforded treble damages as a result.

The problem would be proving it.