This is what happens when the extreme Left take over a country. Mind it doesn’t happen to yours? 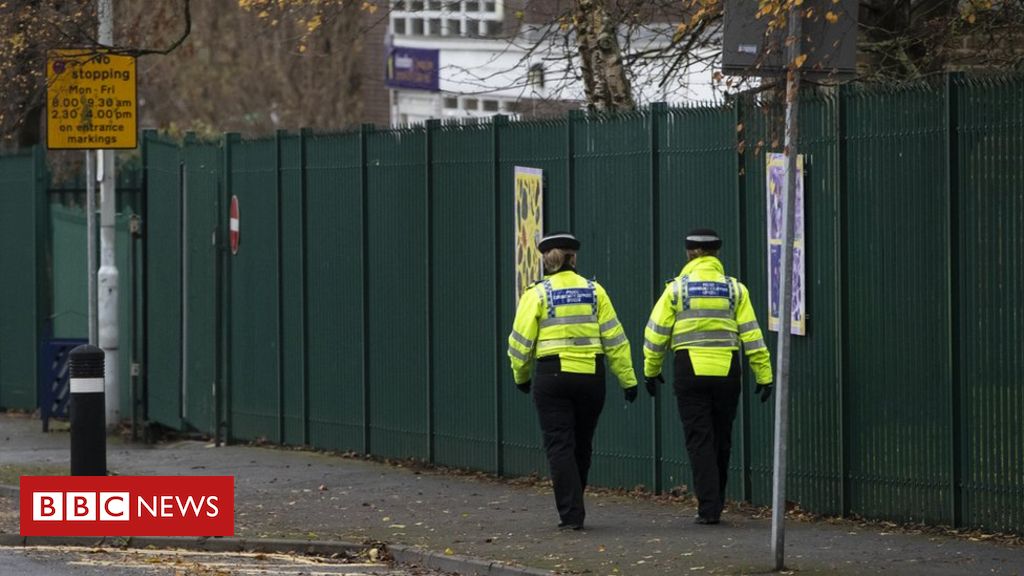 MPs call for police in schools to cut violence

Those schools probably wouldn’t be so violent if the UK had not allowed itself to be overrun by violent third worlders. Instead of police they should deploy right wing deportation squads.

Well MP’s, we used to have those, but had to get rid of them due to budget cuts.

You short sighted bunch of blowhards.

Most schools in the US already have armed police officers assigned to them.

That’s a part of it; the teaching staff just can’t cope with the sheer weight of extra numbers. The other part is they can’t maintain discipline because if they chastised some disrupting out-of-control kid, they could expect a visit from the kid’s chav parents the next day to threaten violence upon the teacher. This all started when the Left promoted classroom freedoms, and ‘freedom of expression’ superseded the academic lessons. I can’t believe the shit that’s going on in my country these days.

At least ours won’t have to be armed?

Armed officers at my grandkid’s schools. I stop to pick up the little guy, and they asked me to remove my hat & vest??? Never been an incident at the kid’s schools; but I’m OK with armed security. I believe the teachers also have the option to be armed. If trained correctly, I’m OK with that too.

I’m okay with it all as well, but it’s just a sad reflection of our respective societies? Adn the Left is the reason for it, because they’ve made it that the crims have no fear of the law nor the penal system. The latest thing here is there are restaurants in the prisons - and 5-star chefs running them, I shouldn’t wonder. ‘Those whom the gods wish to destroy they first make mad.’

You think that’s a good thing that your police officers aren’t armed? Criminals don’t have a problem getting their hands on weapons and it looks like all of the kids who are causing problems in the UK, who are of high school age, really like stabbing people unexpectedly. I can’t think of a better reason for a police officer to have a weapon and use it.

We all know that children are naturally naive, and lacking in worldly wisdom and experience, so I guess it could be argued that liberals are adults whose minds haven’t matured? That would be acceptable if only their flawed rationales didn’t cause so much chaos, which, when the shit hits the fan, they suddenly become conspicuous by their silence whilst others have to sort out mess they made.

I take your point, but most of our armed criminals don’t go around shooting up schools and public spaces?