The so-called Democrat moderate Pete Buttigieg wants to be our moral arbiter but he is anything but moderate or moral. He wants to pack the Supreme Court

And just for that record, I doubt he will get far. At least, I won’t be voting for him.

I hope he doesn’t even get nominated.

I do predict though that he will run circles around other candidates in the debates.

I thought Buttsiege would have done quite well, because I had heard he is a centrist- so much for that.

There’s no telling what his real values are. He’s a friggin’ politician right now. Anything for a vote. All things for all votes. He’s a political whore.

…and this prick wants to erase Thomas Jefferson’s name removed from all buildings.

BTW, his daddy is a Communist professor.

Pete Buttigieg doesn't like Thomas Jefferson and wants Founding Father’s name removed from events and buildings. "it’s the right thing to do," he says.

Here’s Pete Buttigieg, the gay Democratic candidate for President who likes to talk up his military service and deployment to Afghanistan. When have you ever seen someone deployed to Afghanistan outside of the wire without any gear? Who holds a gun like that? Why is he only using iron sights? So many questions. 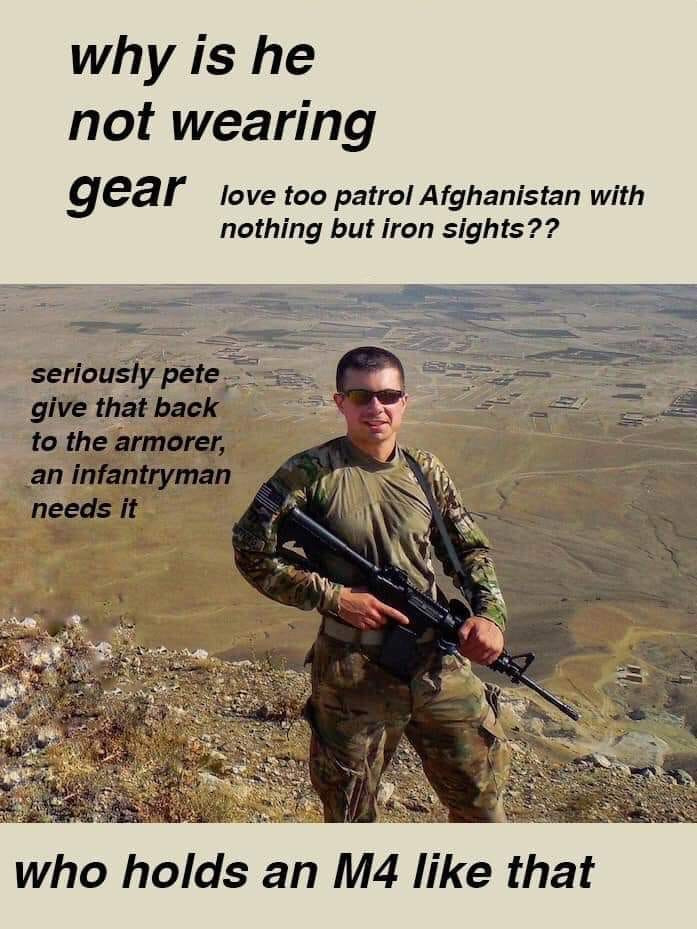 He was a Naval Reservist that monitored financial transactions for links to terrorist groups. The hardest part of his military career was not jerking off in front of his bunk mates in basic training.

There’s no telling what his real values are. He’s a friggin’ politician right now. Anything for a vote. All things for all votes. He’s a political whore.

I have a problem with one of his issues - Security. On his personal website, under “Security”; he simply states:

Security is not achieved by putting up a wall: security means paying attention to the real threats of the 21st century.

Pay attention to the real threats of the 21st Century? Umm…so, not having a wall isn’t going to keep the terrorists out? As they “blend” in with all those illegal immigrants coming in? They are already here, May Pete…
Sure, I am sure they have already crossed here from Canada. But still… 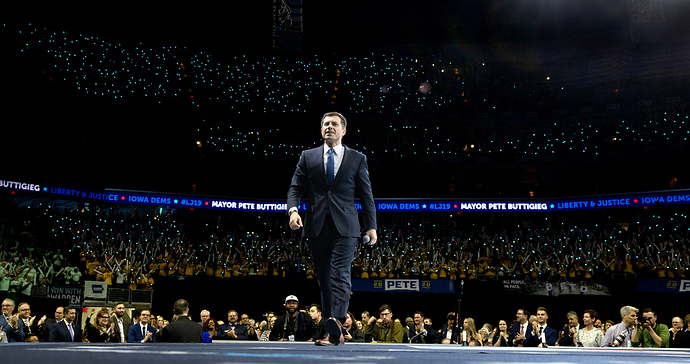 We just got rid of a gay Muslim President.

Now we are offered a gay Communist…

Buttigieg got a STANDING OVATION on Fox from FANS! Shocker!

Communistic Pete, son of a famous communist professor, received a standing ovation from his hand-picked audience. Fox picks them

This is what he said at the end that got the audience to their feet:

Look, what we’re trying to do here is different. Because the moment that we’re in is different. I get that a millennial, midwestern mayor is not what leaps to mind when you think about a prototypical candidate for president. But I also think we’re living — if it’s hard to figure out what’s going on right now, it’s because we are living on one of those blank pages in between chapters of American history. And what comes next could be ugly or it could be amazing. And I believe running for office is an act of hope, and so is voting for somebody, and supporting somebody and volunteering for somebody. I hope you’ll join me in making sure that that next era is better than any we’ve had so far.

This son of a bitch needs ditching.

I’ve been looking more closely at Buttigieg, and this guy is a clown, through-and-through. His sudden “rise” to prominence is directly proportional to the lack of faith the Cabal has in all their pre-established politicians.

I’ve been looking more closely at Buttigieg, and this guy is a clown

I believe his father was a Marxist who spoke fondly of the Communist Manifesto.
I wonder if he will follow in his father’s footsteps if elected. Like Father, like Son. 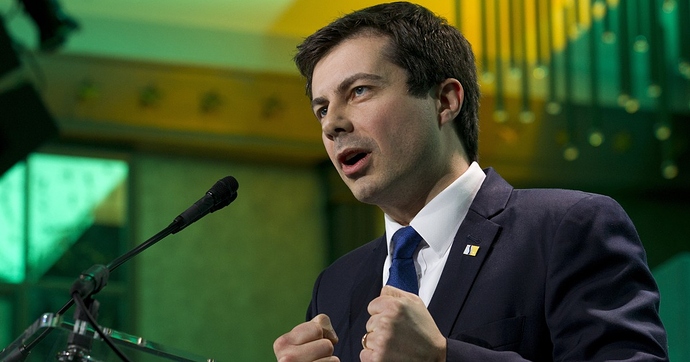 Pete Buttigieg's father was a Marxist professor who lauded the Communist...

The father of Democratic presidential hopeful Pete Buttigieg was a Marxist professor who spoke fondly of the Communist Manifesto and dedicated a significant portion of his academic career to the work of Italian Communist Party founder Antonio...

A “moderate” in the DNC proper isn’t a moderate at all, just someone who can pretend for the willingly deceptive cameras of the MSM … not unlike how some Muslims say things in Arabic that are completely different than the on-message English pabulum they serve up.

Everyone in the DNC who has got anywhere should be considered highly suspect, a 5th Columnist.

Buttigieg favors doing away with the Electoral College.

It’s the families of whites that die to free the slaves that deserve reparations and todays dem leadership should pay because the dems were the ones that put black into slavery and fought to KEEP THEM SLAVES !!!.