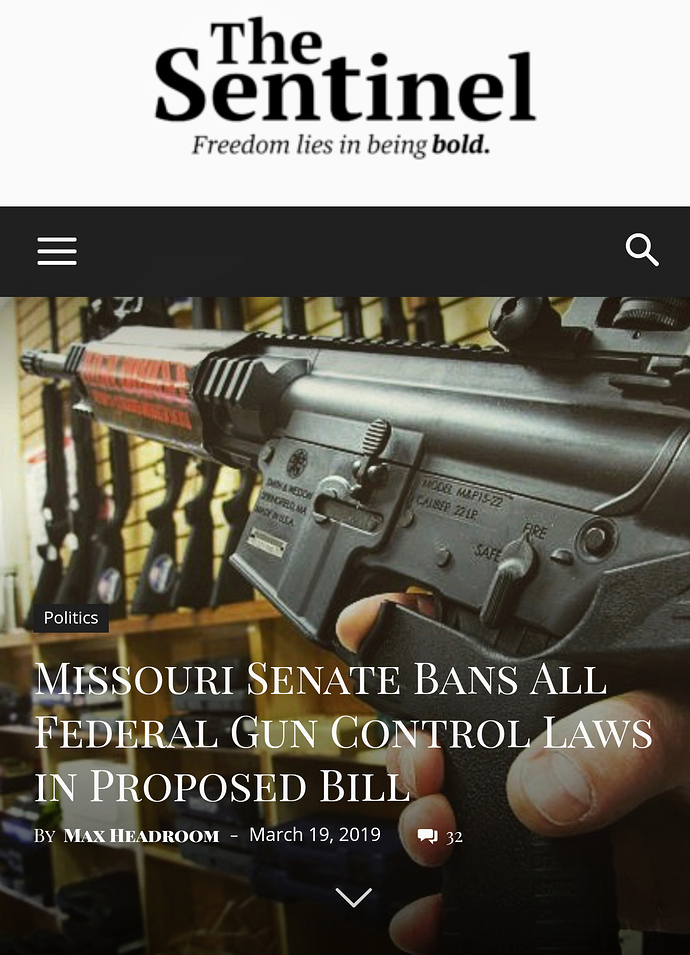 Way to go Missouri!! Watch your step, the left might stage a false flag gun incident to thwart your effort.

Missouri may have just made the most monumental step towards freedom and individual liberty since the signing of the Bill of Rights. In an upcoming vote by Missouri’s state senate, the state is expected to pass a bill that would nullify ALL Federal gun laws and regulations, and make enforcement of those laws by federal officers within the State of Missouri a criminal offense. Republicans control both U.S. Senate seats and more than two-thirds of the seats in both the Missouri House and Senate.

Missouri is starting to look like a place i want to move to…and here I thought MO was lost after the Ferguson Riots!

We’ve come a looong way since the gentle giant who dindu nuffin, ousting McCasKiller in the process.

In 2014, Missouri voters adopted Amendment 5 with a 61% to 39% vote in favor of, reaffirming the right to keep and bear arms, along with ammo and accessories (bump stocks etc.).

"The measure established the unalienable right of citizens to keep and bear arms, ammunition and accessories associated with the normal functioning of such arms, for the purpose of defense of one’s person, family, home and property.

Additionally, it removed the exception to the former constitutional right to bear arms that explicitly stated it could not be used to justify the wearing of concealed weapons."

We also now have Constitutional Carry, meaning a permit is no longer required to carry a concealed firearm, whether in your vehicle or on your person.

We also now have Constitutional Carry, meaning a permit is no longer required to carry a concealed firearm, whether in your vehicle or on your person.

That is freaking awesome!

This should be law in ALL 50 states.

We are faced with a similar situation:

The attorney General is from the People’s republic of Boulder. He’s a former law professor at CU Boulder and never tried a case in court.

In colorado:
It says petitioners, under oath, must establish by a “preponderance of the evidence” – a relatively lax legal standard essentially meaning that something is “more likely than not” – that a person “poses a significant risk to self or others by having a firearm in his or her custody or control or by possessing, purchasing or receiving a firearm.”

An emergency hearing must then be held within 24 hours, and if an “extreme risk protection order” (ERPO) is issued by a judge, an individual will be barred from “possessing, controlling, purchasing or receiving a firearm for 364 days,” and must “surrender all of his or her firearms and his or her concealed carry permit.”

Defendants can successfully override the ERPO only by establishing by “clear and convincing evidence” – a burdensome legal standard – “that he or she no longer poses a significant risk of causing personal injury to self or others.” At the defendants cost!!! 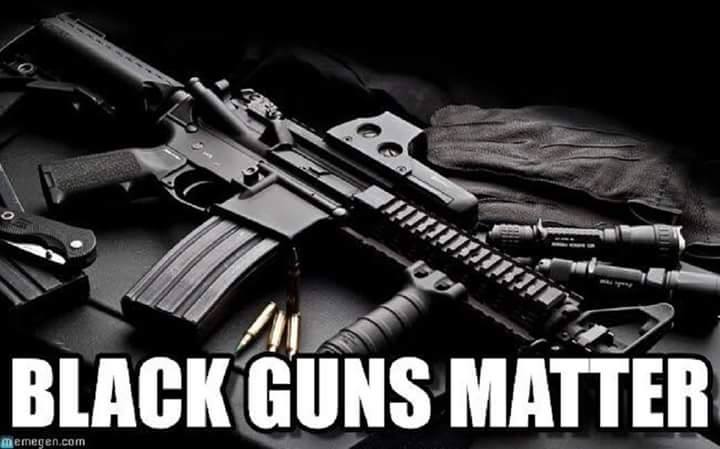 waves to his little stalker-bee

Even if it passes Federal Law will still apply to some degree but Wyoming and Montana have been very successful in making their case that the states very much have a right to limit federal intrusion into firearms laws outside of actual, real, interstate commerce.

These laws are more gestures than serious but I’d like to see more states following suit and pushing back.

Yeah, that is a very slippery slope! Colorado is the canary in the coal mine! You should watch the video that Louman posted! It tells a story on what is really going on within our political system and the Democratic strategy to take our guns away!