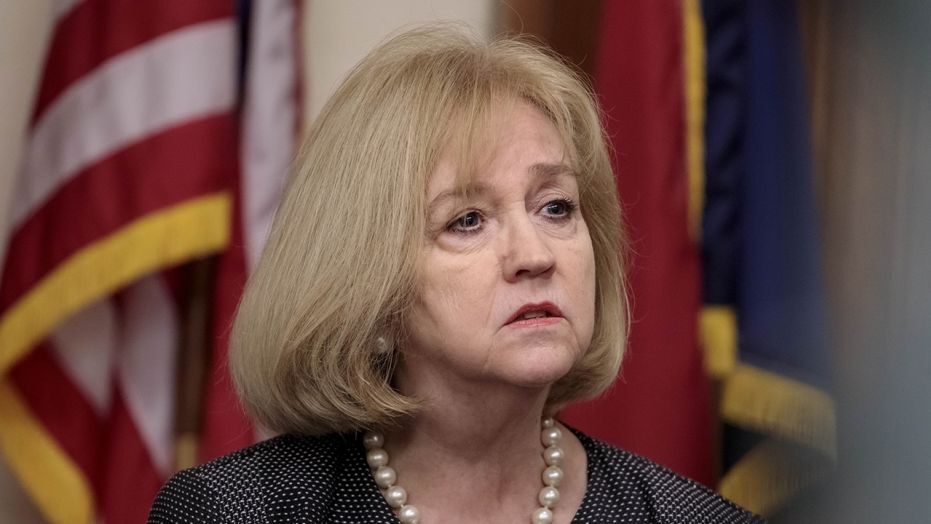 St. Louis Mayor Lyda Krewson has apologized after reading the names and partial addresses of at least 10 protesters calling to defund the police during a Facebook Live briefing on coronavirus.

Those calling for her resignation accused the mayor of intimidating protesters through “doxxing,” the Internet-based practice of publishing someone’s personal information as a vehicle for revenge via the violation of privacy.

In a statement Friday evening, Krewson, a Democrat, apologized for causing any “distress or harm to anyone” but said the names and streets the protesters lived on were already “public information.”

“Tonight, I would like to apologize for identifying individuals who presented letters and comment cards to me at City Hall as I was answering a routine question during one of my updates earlier today. While this is public information, never did I intend to cause distress or harm to anyone. The post has been removed and again, I sincerely apologize,” the mayor said in a statement on Facebook later Friday.

About 50 people marched from the St. Louis Medium Security Institution, a city jail also known as the “Workhouse,” to City Hall on Friday to find the gates had been locked.

Krewson and Public Safety Director Jimmie Edwards came outside to greet the protesters, who demanded inmates held under “inhumane” conditions be released. They also used a megaphone to communicate their desire that the city reduce funding for jails, police and prosecutors, the St. Louis Post-Dispatch reported.

Toward the end of her coronavirus briefing on Facebook Live later in the day, Krewson answered a question about the protesters and explained that some had handed her suggestions for the city’s budget.

“They presented some papers to me about how they wanted the budget to be spent,” Krewson said, holding a pile of crumpled papers. “Here’s one that wants $50 million to go to Cure Violence, $75 million to go to Affordable Housing, $60 million to go to Health and Human Services and have zero go to the police.”

Krewson then read the person’s name and the street they lived on, adding the person “wants no police — no money going to police."

The mayor repeated the names and streets of at least 10 activists on Facebook Live and said most advocated to defund the police and shift that money into social services, according to the River Front Times.

“I agree with all these things, by the way — except we’re not going to take all the money from the police,” she said. “I think we need our police department.”

The video has since been deleted.

“Today adds to the list of things we never thought we would have to say. To be clear, it is shocking and misguided for Mayor Lyda Krewson of St. Louis, to broadcast the addresses of those who dare to express a different viewpoint of an issue of public concern,” Sara Baker, policy director of the ACLU of Missouri, said in a statement Friday.

“It serves no apparent purpose beyond intimidation. We are stronger when we foster open dialogue. The chilling of debate should bother everyone, no matter whether they agree or disagree with the mayor on this particular issue.”

An online petition calling for her resignation alleged Krewson “directly endangered the lives of protesters by releasing their names and addresses.” It garnered more than 32,000 signatures by Sunday.

“She is an abysmal leader and complacent in a white supremacist agenda thus holding St. Louis back from progress,” wrote Maxi Glamour, who started the petition on Change.org,. “To alleviate community relations we demand that Mayor Krewson resign from office and a special election be held to replace her. She is unfit for office and St. Louis needs real leadership now!”

Why did she apologize? We need to stop apologizing for revealing these criminal communists, they need to be revealed and cast upon.

They are terrorists and they deserved it. Now they know how Trump supporters feel after this has been done many, many times to us - and far worse.