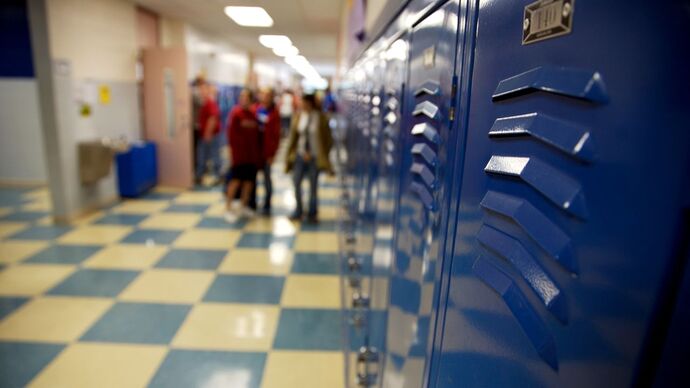 An agreement reached last spring between the Minneapolis Public Schools and the Minneapolis Federation of Teachers exempts "underrepresented" teachers from seniority-based layoffs.

I can’t believe the UNION is on board with this blatant example of racism and discrimination . When exactly will the civil rights laws apply to whites ?

It is truly unbelievable.

Boston has a inclusive department, he walks around to black business offering them millions lol

James Dickey, senior trial attorney at the Upper Midwest Law Center in Minneapolis, told the Washington Times: “The school district and the union should be on notice that what they’ve done is illegal and is going to be struck down.”

The center “fights to limit governmental, special interest and public union overreach,” according to its Twitter account.

Hans Bader, a former Education Department attorney, said that race-based layoffs violate the Constitution and the Civil Rights Act, citing a 1996 case in which the Third Circuit Court of Appeals ruled that school districts “can’t consider race even as a tie-breaker,” the Washington Times reported.

According to an op-ed by Bader, a 1986 Supreme Court decision found a “school district can’t lay off white teachers to remedy societal discrimination against blacks.”

The working agreement was reached in spring 2022 after a three-week teachers strike earlier in the school year.

The clause will not take effect until the spring 2023 and could be implemented as the school attempts to balance its next budget in the face of declining enrollment.

Each district department’s budget was cut by 5%, under the budget approved by the school district in June, which means a number of vacant positions will not be filled, according to the Star Tribune.

good research! A clear violation of the 14th amendment.