Midget Mike Bloomberg just made Bernie Sanders the target of a $100 million dollar plus ad spend. Soon every single person in America will see the ads showing Sanders as an NRA-backed gun loving ( 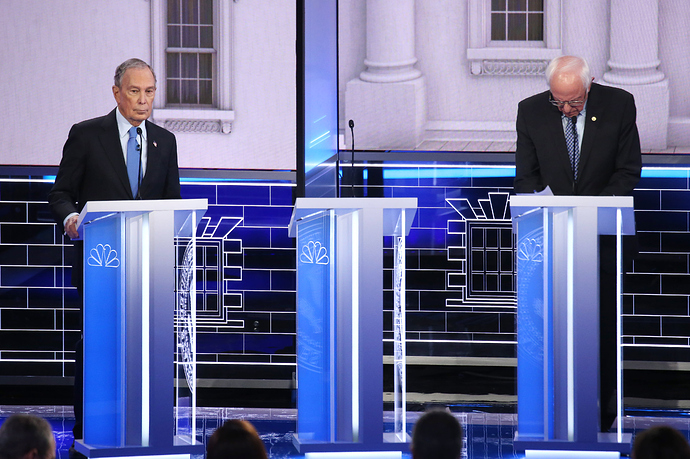 Mike Bloomberg's presidential campaign plans to unleash its cash-flush media operation against Bernie Sanders in the wake of the Vermont senator's resounding victory in the Nevada caucuses.

Mike Bloomberg is a fucking idiot. If Bloomberg ends up painting Sanders as being pro-gun then this will actually help Sanders in a majority of the flyover states. I hope Bloomberg spends a billion dollars by the time this is all over and ends up with nothing. Sanders will then get the nomination and Trump will absolutely destroy him.

I actually want to see Bloomberg buy the nomination from the DNC. It will be the final nail in the coffin of that anti-American and dysfunctional party. No one will ever take the DNC seriously again and the party will just collapse.

I also want to see Bloomberg against Trump because Bloomberg has the charisma and stage presence of stale bread. He might be a really smart guy but he’s a terrible public speaker and gets rattled on stage easily.

Has Bloomberg released his tax returns? Is he still running his businesses, and has he said what he would do about that if he were to be elected? How many kids does he have, and do they work for him or have their own lives?

Bloomberg is just another pathetic billionaire who, despite any protests to the contrary, is mainly entering the race to maintain the status quo that made him a billionaire.

We don’t need any more billionaires in the White House.

Billionaires are not a monolithic party. Neither are the Old Money families that traditionally have great influence over our politics.

We can dream of a world without billionaires and vast inherited wealth, but, for the moment, they are here and aren’t going away. The only game we can play is to pit Bloomberg and Gates et al against Koch, Mercer, Adelson, et al.

Bloomberg won’t support Warren’s wealth tax, but he will support taxes adequate to fund essential services. Sadly, in today’s America that would be a victory.

I hope he blows a billion on the primaries. Less for him to throw then into the general.

Mike Bloomberg is a fucking idiot.

New to Bloomberg, huh? He’s always been this stupid. He only got Mayor because he bought his way into office, and he thinks he can with the Presidency. Which will fail even more spectacularly than Hillary’s crash and burn.

Bloomberg is just Biden 2.0 - the DNC approved shill who will support their 1%er plans candidate. He has no message to drive voters, personality wise he’s a dick, and he’s a manlet. He’s going to get CRUSHED in a red tsunami if he gets the nomination - and all of the Bernie voters will vote third party or not at all.

Bernie’s been really good at nullifying the Dem’s shot at the White House two elections in a row now. But Bloomberg is going to beat him in that regard, by a significant margin, but will still lose… because he is a manlet and an idiot.

What Bloomberg is doing is just an extension of directly supporting conservatives, it also falls right into the category of him as narcissistic asshat, not shocking though. I’m so over these folks who seems to believe they are saviors to the nation, all the while they are really just saving themselves. They tell us, no, we cannot afford this or that, we can only afford guns, the military and tax cuts, because middle America! That’s what they demand! All the while they live in luxury, live to be very old because they have the best of health care, while everyone else toils away and pays for their lifestyle, but middle America! So that’s the way it has to be. Does it though? They preach that we must right the ship, we must sacrifice, give up more, but they must never give up anything. I hope Bernie wins it all just to see the Billionaire meltdown extravaganza. Wait until America finds out things get better for everyone when we tax the wealthy, and ultimately that is what he and the other rich guys are worried about.

Welcoming billionaire Johnny-Come-Lately candidates because they are ostensibly Democrats is counterproductive. Tax them down to mere multimillionaire status and throw them in prison for tax avoidance.

Initially, I thought Bloomberg’s campaign was a joke, that he would end up paying more dollars per vote in a losing effort than anyone in history. I thought his views and record would alienate every significant demographic needed to win Dem primaries: young people, women, non-whites, non-college whites. I was sure he had a very low ceiling–under 10 percent—based on support from one group college-educated white males.

But then, about two weeks ago, I looked at his website and realized he was re-inventing himself as a Swedish Social Democrat.

Bloomberg naturally does not want to discuss stop and frisk, which made many non-whites unemployable once they were arrested for carrying a joint, even if they never went to jail. Or his company being sued several times for creating a hostile work environment for women. Or still being a fan of the Iraq war, and opposing legalization of marijuana. Or, apparently, wanting to charge homeless people rent in shelters.

I also recalled how he won his first term as mayor by buying off Al Sharpton–an easy thing to do–and having Al spread lies about his opponent being racist.

I realized too how his vast wealth could not only saturate the media with ads designed to create a new persona, but he could literally buy off public officials and community leaders wherever he needed to. It’s clear that’s what he intends to do now. But the following article shows how he bought off actual and potential critics of his Administration when he ran NYC. Their silence may have contributed greatly to his image as a “great manager.” If no one with some measure of credibility is willing to say something isn’t being managed well how can one know? Those who suffer from poor management are rarely those who have access to the media. Leaders of organizations and politicians do.

I think it’s time that everyone take the Bloomberg campaign seriously for all of the wrong reasons.

His record in NYC is going to be an albatross.

“He brought crime down”.

Well yes by kicking up stop and frisk by orders of magnitude over the Giuliani ear and by replacing “affordable housing” with million dollar codo’s pushing the poor and needy out of the city.

Bernie has spent 5 years running for the presidency, when his own narcissism and vanity wouldn’t let him admit that he lost and that he should step aside and leave the field for younger and healthier candidates. He’s encouraged a staff that has trashed the other candidates incessantly, wrecking Democratic chances for a younger candidate to become the nominee against Trump.

Bernie has gambled on the fact that the media loves him because they’re all looking forward to the ratings that a Bernie/Trump race will bring them and to their salary increases and that younger, more amenable candidates who’ve actually done something during their public lives are just not as interesting as this former Communist, never had a real job, never paid child support, never got anything passed, lived well off his Congressional salary politician. The stories just write themselves.

And you want us to join you in complaining that a guy who built a business and then governed a city is the one with no qualifications for the presidency?

Buying an election can be costly . He paid $466 MILLION to be scalped by a fake Indian . 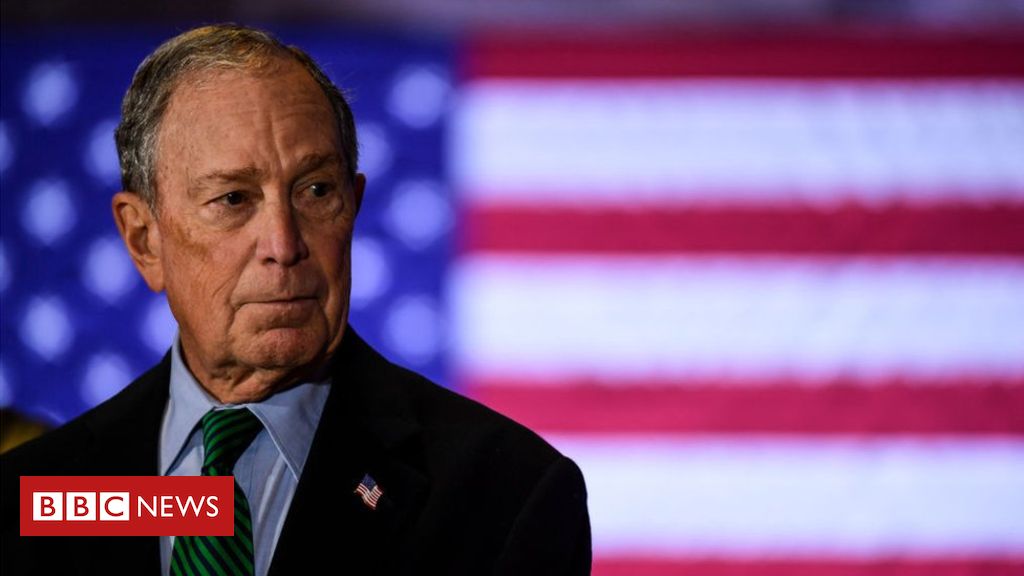 Asked about other Democrats, the billionaire mogul says: "Donald Trump would eat them up."