Microsoft staff are openly questioning the value of diversity

Some Microsoft employees are openly questioning whether diversity is important, in a lengthy discussion on an internal online messaging board meant for communicating with CEO Satya Nadella.

Two posts on the board criticizing Microsoft diversity initiatives as “discriminatory hiring” and suggesting that women are less suited for engineering roles have elicited more than 800 comments, both affirming and criticizing the viewpoints, multiple Microsoft employees have told Quartz. The posts were written by a female Microsoft program manager. Quartz reached out to her directly for comment, and isn’t making her name public at this point, pending her response.

“Does Microsoft have any plans to end the current policy that financially incentivizes discriminatory hiring practices? To be clear, I am referring to the fact that senior leadership is awarded more money if they discriminate against Asians and white men,” read the original post by the Microsoft program manager on Yammer, a corporate messaging platform owned by Microsoft. The employee commented consistently throughout the thread, making similar arguments. Quartz reviewed lengthy sections of the internal discussion provided by Microsoft employees.

“I have an ever-increasing file of white male Microsoft employees who have faced outright and overt discrimination because they had the misfortune of being born both white and male. This is unacceptable,” the program manager wrote in a comment later. The Microsoft employees who spoke to Quartz said they weren’t aware of any action by the company in response, despite the comments being reported to Microsoft’s human resources department.

When contacted by Quartz, Microsoft pointed to comments by three company officials in the message-board threads. A member of Microsoft’s employee investigations team responded to the initial post in January, writing that the company does not tolerate discrimination of any kind. Another Microsoft staff member, who leads the team that helps the board of directors determine executive pay, explained the diversity-based compensation initiative. “Our board and executive leadership team believe diverse and inclusive teams are good for business and consistent with our mission and inspire-to culture,” she wrote. “Linking compensation to these aspirations is an important demonstration of executive commitment to something we believe strongly in.

The internal debate over the merits of diversity comes as Microsoft is grappling with an uproar over allegations of sexism and sexual harassment that some staff said the company hasn’t adequately responded to over the years. It is also a powerful glimpse into internal dissent against efforts by the world’s biggest tech companies to increase the number of women and people of color on staff, in the face of criticism that those groups are underrepresented, especially in the leadership ranks.

The Microsoft author echoes former Google employee James Damore, who in 2017 wrote a memo that went internally viral at Google, leaning on pseudoscience to argue that women aren’t cut out for the tech industry. Damore was fired for breaching the company’s code of conduct amid enormous public and internal controversy, and Google CEO Sundar Pichai wrote in a memo that the firing was due to “advancing harmful gender stereotypes in our workplace.”

Below is a selection of comments from the Microsoft employee, with the capitalization for emphasis in the original comments by the employee:

“Because women used to be actively prohibited from full-time employment many decades ago, there is now the misguided belief that women SHOULD work, and if women AREN’T working, there’s something wrong…. Many women simply aren’t cut out for the corporate rat race, so to speak, and that’s not because of ‘the patriarchy,’ it’s because men and women aren’t identical, and women are much more inclined to gain fulfillment elsewhere.”

“We still lack any empirical evidence that the demographic distribution in tech is rationally and logically detrimental to the success of the business in this industry….We have a plethora of data available that demonstrate women are less likely to be interested in engineering AT ALL than men, and it’s not because of any *ism or *phobia or ‘unconscious bias’- it’s because men and women think very differently from each other, and the specific types of thought process and problem solving required for engineering of all kinds (software or otherwise) are simply less prevalent among women. This is an established fact. However, this established fact makes people very uncomfortable, because it suggests that the gender distribution in engineering might not actually be a problem (and thus women can no longer bleat about being victims of sexism in the workplace), these facts are ignored in favor of meaningless platitudes our SLT [senior leadership team] continues to shove down our throats – e.g. ‘We’re not doing enough’ and ‘we clearly have a long way to go.’”

“We MUST immediately cease the practice of attaching financial incentives and performance metrics to ‘diversity hiring’ – as long as we give more money and higher annual reviews explicitly for NOT hiring/promoting white men and Asians, this will continue to be a serious problem at the company.”

As the controversy around Google’s firing of Damore illustrated, it can be extremely contentious for companies to wade into disciplining employees for their personal views on such issues. They can face intense criticism for retaliating against individual speech because it’s not politically correct—and if the company doesn’t respond, critics can say they’re not supporting an inclusive workplace. The abundance of online forums for employees to express their views is a complicating factor, as is the modern worker’s high level of comfort with sharing their views online.

But the latest Microsoft posts are especially fraught, given Microsoft has recently pledged greater commitment to diversity and inclusion. And compounding that is the fact that the posts appeared in Microsoft’s official “CEO Connection” Yammer channel, the public forum typically used for asking questions for Nadella to answer when he speaks at company-wide meetings.

The latest posts aren’t the only examples of active online opposition to concerns about diversity at Microsoft. In September 2018, a female employee who had just graduated from university and joined Microsoft expressed concern on Yammer about a lack of gender diversity in her department. She posted that, “As a woman in [software development], it really pains me to see the skewed gender ratio around me (I believe azure [sic] compute is less than 20% women).”

The post racked up nearly 1,000 comments, with many male programmers jumping in to take an opposing view. As in the two posts from January and April, not all comments were anti-diversity: Some Microsoft employees argued back against their colleagues.

“Where? How? Proof? Data? If if it is [skewed] let’s fix that. But just saying Microsoft has less female than male engineer [sic] is not a valid point,” a male Microsoft employee responded to a separate employee who defended the original poster.

It’s unclear that Microsoft’s management or human resources staff responded to that discussion, which also took place in the CEO Connection channel. Microsoft employees say that the typical post on the channel has anywhere from two to 12 comments, and that more than 600 is very unusual. Another Microsoft employee said that the Yammer user interface is difficult to manage, and as a result, many in the company avoid using it, so the posts were likely not seen by most of Microsoft’s roughly 135,000 employees.

Data Microsoft employees provided to Quartz about the 2019 posts by the female program manager showed that more than 4,000 employees had viewed each post.

Microsoft employees say that the company’s seeming inaction on this matter directly conflicts with an email sent to all Microsoft employees earlier this month by Nadella promising a more inclusive workplace. Nadella sent that after an email chain, originally reported by Quartz, alleging harassment and discrimination faced by women circulated internally for weeks.

“HR isn’t trying to enforce the inclusive culture that they’re talking about,” one Microsoft employee who read the latest posts by the program manager and responses to them told Quartz. “HR, Satya, all the leadership are sending out emails that they want to have an inclusive culture, but they’re not willing to take any action other than talk about it,” they said. “They allow people to post these damaging, stereotypical things about women and minorities, and they do nothing about it.” 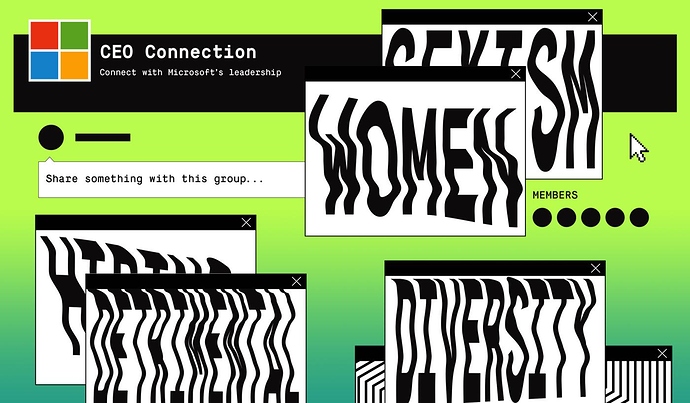 Microsoft staff are openly questioning the value of diversity

“Many women simply aren’t cut out for the corporate rat race, so to speak, and that’s not because of ‘the patriarchy,’” a Microsoft employee wrote.

A shame business cannot hire people based on qualifications alone.

An employer can likely find fault with any given applicant based on merit. Why do businesses fall for this meme that they have to hire based on skin color? Nobody is genuinely forcing them to hire a minimum number of non-whites. Why should businesses go out of their way to do so?

I’ve been thinking about this. Aside from having a Human Resources office, which I assume only exists to mitigate liability, are there any actual diversity police? There is the EEOC in Washington, DC but they seem to be administrative in nature. They don’t have an enforcement arm. Doesn’t look like my state does either. Why does anyone bother with diversity hiring?

Why do businesses fall for this meme that they have to hire based on skin color? Nobody is genuinely forcing them to hire a minimum number of non-whites. 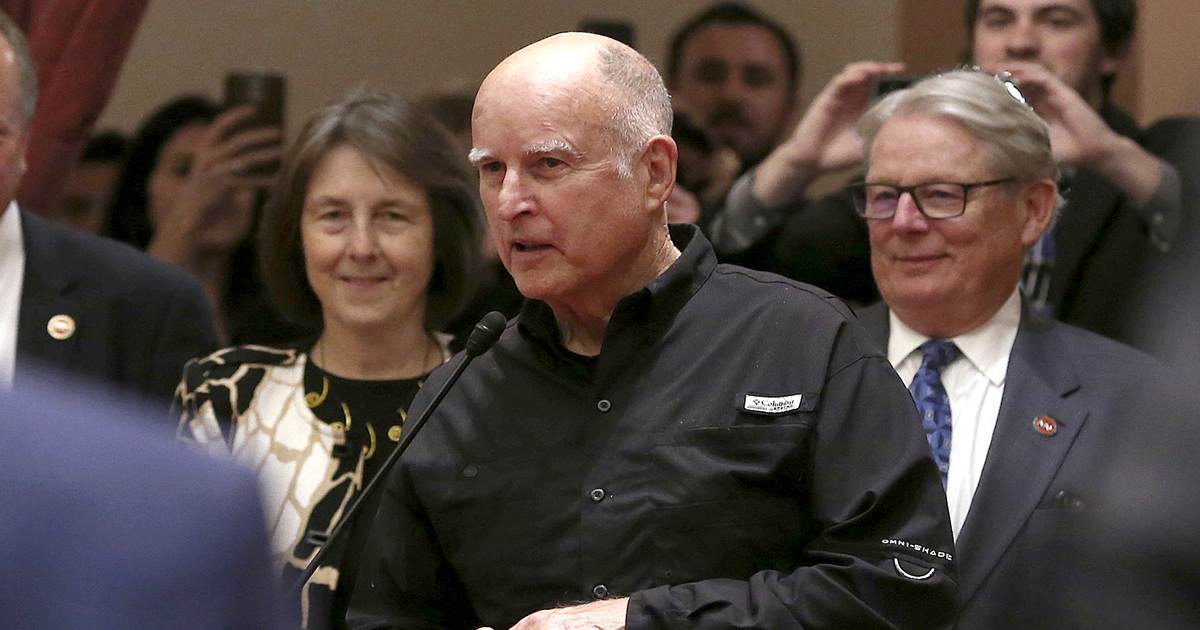 Forcing companies to accept a token woman could have unintended consequences.

There are probably 49 other states that dgaf about this tho

If Diversity was a strength, it wouldn’t need to be propagandized. Its goodness would be self-evident. The purpose of propaganda is to get us to believe lies that are exposed by contact with reality.

It depends on the type of business you are running.

The biggest issue doesn’t present itself in hiring or who you do business with, it presents itself in firing. Companies will hire minorities, and eventually some of them will expose themselves as lazy and/or incompetent…who you have to can. At that point, you better have documented evidence of them fucking up and being worthy of being fired.

Even in “at will” employment states, meaning you can fire somebody at any time, if a black employee claims you fired them based on race, you will be investigated and you will have to show why you fired them. If the fired employee says “well this other employee screwed up at their job and they were white!” that might not look good. Not a guarantee you get in trouble, but just something to think about.

The biggest issue doesn’t present itself in hiring or who you do business with, it presents itself in firing. Companies will hire minorities, and eventually some of them will expose themselves as lazy and/or incompetent…who you have to can. At that point, you better have documented evidence of them fucking up and being worthy of being fired.

Which is also the biggest problem facing prospective employees looking for a job. Some companies take into account and shy away from hiring minorities for that exact reason: they will be hard to fire, and there is always a possibility that they will come back with a vengeance when they are let go. Same goes for disabled folks (thanks Bush).

I mean colleges and affirmative action do the same thing.