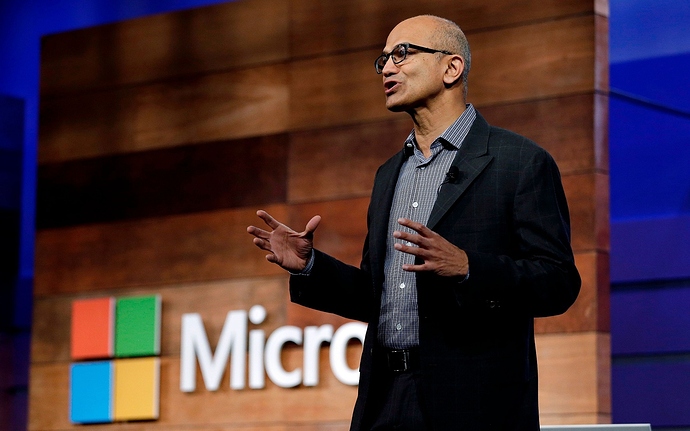 Microsoft CEO Satya Nadella said he couldn’t care less that the company has hit $1 trillion in market value under his leadership.

“I would be disgusted if somebody ever celebrated our market cap,” Nadella told Bloomberg Businessweek in an interview. While Microsoft’s stock has spiked 230% during Nadella’s tenure as CEO beginning in February 2014, he told Bloomberg that the milestone is “not meaningful.”

Nadella would prefer to remain focused on the future rather than celebrating past accomplishments, he told Bloomberg.

“At Microsoft we have this very bad habit of not being able to push ourselves because we just feel very self-satisfied with the success we’ve had,” he said. “We’re learning how not to look at the past.” 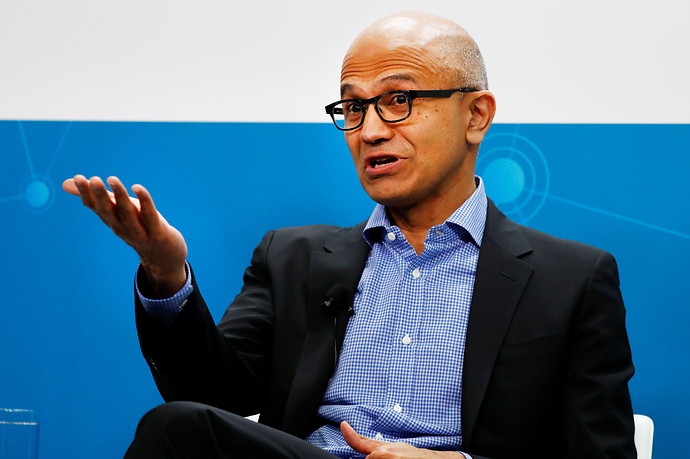 I can understand and agree - to a point - celebrating the milestone. But why not do both?

Nice message from the CEO to shareholders like myself. Good to know he doesn’t give a shit about something we shareholders are excited about.

Damn right…I’ve stuck with MSFT for a very long time. Comments like this absolutely frost me. I think it’s an incredibly irresponsible position for a CEO to take.

The SEC just beat up Elon Musk over his tweets, they should do the same to this chuckle head for making comments that erode shareholder confidence or that just flat out piss us off and cause us to dump the stock in anger.