Michelle "Big Mike" Obama: 'Many' Around the World Feel Kenyan Barack Hussein Is 'Their President'

Well, they can have him. Let’s ship the angry Kenyan over to those people and OUT of America.

Former first lady Michelle Obama said Tuesday that her husband, former President Barack Obama, could have built his presidential library anywhere in the world because many feel he is “their president.”

Obama, speaking at the Obama Foundation Summit at the Illinois Institute of Technology, explained Chicago’s Jackson Park was selected as the site for the Obama Presidential Center because it was close to the couple’s former home and situated near her South Side childhood home. 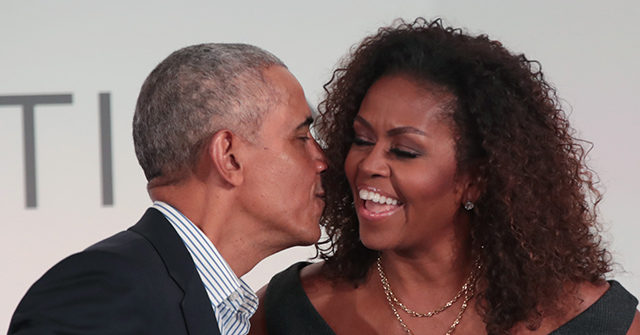 Michelle Obama: 'Many' Around the World Feel Barack Is 'Their President'

Michelle Obama said her husband could have built his presidential library anywhere in the world because many feel he is "their president."

Why is Michael getting so much press lately…are the setting him up for something?

Why is Michael getting so much press lately

Maybe he’s finally going to chop his balls off and give them to his husband?

Yeah - the Kenyan was always concerned with everyone else in the world and didn’t give a shit about this country or American citizens. He sold out to China and acted like a little bitch on the red line he drew. He bowed to world leaders and acted submissive. He was a little weakling. It’s why the world loved him, he was a weakling in charge of the most powerful and terrifying country on Earth.

Just a few days ago she and her husband were oppressed minorities.

So which is it?

Code for - we are still controlling the deep state government.

Remember how many times Obama’s speeches were analyzed for “me, I, I, I…”?

So, if the case is he can build his presidential library anywhere? Go build it somewhere outside of the United States. Please and pretty please.