"Police have admitted that forcing Muslim women to remove their headscarves at UK airports could be unlawful, a practice likened by one victim to being made “to remove her top”. In an out-of-court settlement, the Metropolitan Police has conceded that when it coerced a woman to take off her hijab so officers could photograph her, it was a breach of her human rights and religious observance.

Oh dear god - man’s inhumanity to man? And it could catch on too? I don’t see what’s wrong with photographing someone in a hijab, male or female. (thinks I wonder how much they gave her - I might give it a try myself?

) Oh, and it isn’t even a religious observance, it’s a dress choice.

Now in London there are portable facial recognition cameras roaming the streets. If you are man an attempt to cover your face you are arrested!

Islam is a moronic theocracy. The purpose of identification photos is to recognize the facial features of individuals. Allowing the face to be covered in a photo removes the purpose of the photo.

One might just as well take a picture of a black garbage bag…and label it with a person’s name.

Y’all are STUPID. These professional liars use things like this to KILL you because you are not Muslim

What other religions would have this preferred status???

Islam is not a religion. It is a theocracy founded some 1400 years ago by a demented, pedophile, goatfucker named Muhammad and followed today by billions of useful idiots who practice the command to kill all non-Muslims and Muslims who leave the flock.

It self-perpetuating based on fear of being killed like a dog rather than deliberately committing suicide in the act of killing ‘infidels’.

Once we convince people of the truth ^^^^^^^^^^ behind Islam, we can begin getting rid of it and its ridiculous Sharia Law in non-Muslim countries.

Their goal is to take over the entire world and we are letting them do it.

We indeed ARE COLLECTIVELY STUPID!

The hijab is a veil worn by some Muslim women in Muslim countries where the main religion is Islam , but also in the Muslim diaspora, countries where Muslim people are minority populations. Wearing or not wearing a hijab is part religion, part culture, part political statement, even part fashion, and most of the time it is a PERSONAL CHOICE made by a woman based on the intersection of all four.

The point is, there are rules to follow if you wish to play the game. Otherwise, go somewhere where rules don’t apply. The tail don’t wag the dog.

You forgot to mention ‘part coercion’, Jim, because sometimes the guys make their women wear these various facial coverings so as not to inflame the carnal inclinations of the infidels?

It’s their equivalent of a cold shower?

I seen an article in NY paper where a veteran was told he MUST remove his hat honoring veterans or he would NOT be allowed to get his drivers license renewed he was about 65 years old and a Vietnam era vet . What has our Country come to ???

Watch this and you’ll find out - and what else is around the corner for your country: 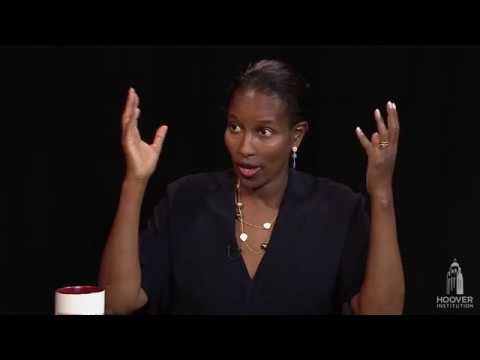 It’s 42 minutes and I guarantee it’ll make your hair curl. I first watched it last night, and have just watched it again after getting the link: I know I’m an ‘ignorant dumbass Brit’ but I say this . . . you don’t understand it right now but The Donald is your saviour, and if he isn’t re-elected, your country will be finished. You’ll see what I mean if you watch the video yourselves.

Yes, I remember that too; and I remember wondering why it didn’t occur to at least one person in airport security that maybe the circumstance of there being a 6-feet tall female underneath a full burqa wasn’t a bit suspicious, and worth investigating. Talented…but I would bet big money that that’s a man.

You’ve got it in one!

Talented…but I would bet big money that that’s a man.

Well there’s only one way to find out?

Actually I found out last night that I had it all wrong: there’s another threat facing us right now which is even greater than militant Islam’s global ambition.