This is the sort of vibrant ministrations that the elderly will have to look forward to.

The Coca-Cola corporation has been forced to cut its ties with a farm supplying its milk company, after animal-rights activists released horrifying footage of animal cruelty on the farm and public outcry ensued.

In what it called “the largest undercover dairy investigation in history,” the Animal Recovery Mission sent undercover workers into Fair Oaks Farms in Indiana, one of the largest dairy farms in the country, which supplies milk for Coca-Cola’s Fairlife brand.

Extremely graphic footage released on Wednesday shows workers punching, kicking and throwing calves, as well as beating the animals with steel rods and plastic milking bottles “on virtually a daily basis.” Newborn calves are crudely branded, and given inadequate food and nutrition. Dead and dying animals are left to bake in the sun, and male calves are sold to veal farms, despite the farm’s claims to the contrary.

Workers also grew and smoked marijuana at the farm, and offered the undercover team cocaine on the job.

“The calf abuse is by far the worst baby abuse we’ve seen…anywhere in the world,” ARM founder Richard ‘Kudo’ Couto said. “Nothing is worse than Fair Oaks Farms.”

Some 30,000 cows live (and die) at Fair Oaks, a facility the size of 56,000 football fields. Most live inside 10 airplane-hangar-sized barns, and are milked three times a day, every day of the year. Fair Oaks supplies milk to Fairlife, which is owned, marketed, and distributed by the Coca-Cola company.

A social media storm erupted, with commenters calling for a boycott of Fairlife and Coca-Cola products.

By Wednesday, stores across the US had begun to pull Fairlife products from their shelves, and the company issued a statement saying it had suspended all deliveries from Fair Oaks and would audit its other suppliers. Coca-Cola said it would trust Fairlife to “urgently address” the situation at the farm.

Some animal rights activists argue that mistreatment of animals is not the exception, but the norm at all factory farms. Coca-Cola is not the only food giant involved, either. Video footage shot by vegan activists at a Pennsylvania dairy farm two months ago revealed similar abuse. The farm in question supplied milk to an ice-cream brand owned by Nestle. Numerous other undercover investigations have turned up equally chilling footage.

The backlash against Coca-Cola reached critical mass in a matter of hours, as ARM’s video did the rounds on social media. 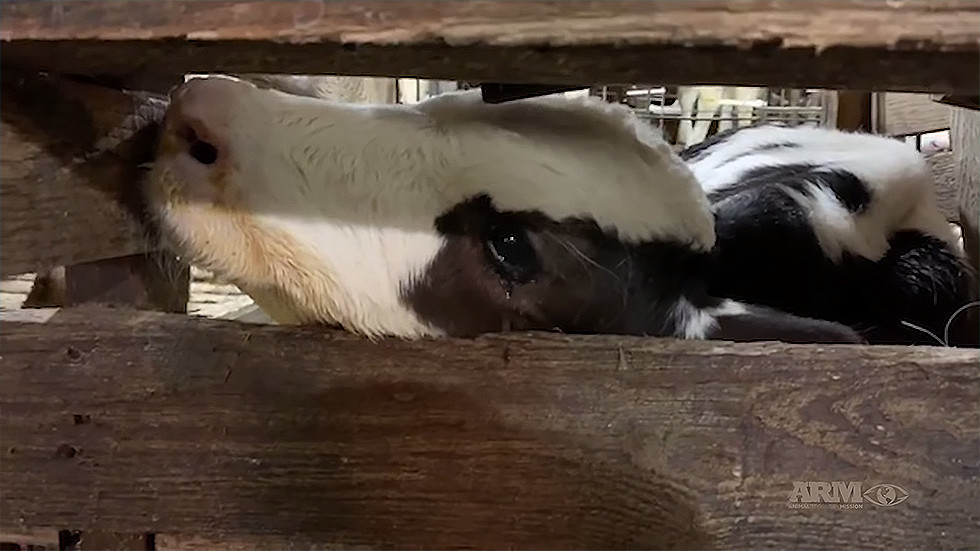 The Coca-Cola corporation has been forced to cut its ties with a farm supplying its milk company, after animal-rights activists released horrifying footage of animal cruelty on the farm and public outcry ensued.

Oh - but we need all of these migrant workers from the third world coming to our country to do these jobs.

Not necessarily, we can pay Americans a living wage, as Sanders is calling for, and pay more for our milk.

Well this sucks. I really enjoyed the taste of FairLife milk too. Why can’t they just fire the scumbags and keep producing a quality product?

It’s hard to get fresh dairy from a farm in South Florida so I thought that FairLife came the closest to authentic taste.

Why can’t they just fire the scumbags and keep producing a quality product?

They train their employees on fair animal practices, including continuing education with a policy to report anyone who is abusive. Three out of the four employees who engaged in the abuse were reported by fellow employees and fired three months ago. The fourth was fired immediately upon management reviewing the video.

It sounds like they’ve been as proactive as they can be. No company wants that kind of negative publicity.

As for the people who engaged in the cruelty? I’d love to see them tarred and feathered. You have to be some kind of sub human, sick, twisted freak to hurt a defenseless, docile animal that is supposed to be in your care.

This is in my area. Fair Oaks is a pretty big deal. They started with a dairy farm, and they were so successful, they built a giant pig farm, a huge restaurant and recently a hotel. They run tour busses from the public area to the farm, and it’s a whole family friendly thing where you can take the kids to see calves being born and whatnot. Figures they’re hiring a bunch of beaners to do all the grunt work, despite being in the middle of nowhere.

They bring their culture with them.