According to the OC Health Care Agency (HCA), the teen was in the Los Angeles and Orange County area from August 11 through August 15, 2019.

Orange County residents may have been exposed to measles at the locations listed below on the following dates:

The HCA has been working with the facilities listed above to reach people who had known close contact with this case.

One mom from Cypress said she contracted the virus three years ago at Disneyland and ended up quarantined in the hospital for more than a week with a fever and painful sores.

“It was very traumatizing,” she said. “I had to make arrangements for my son. My son was also exposed, he was OK, but lost two and a half weeks of school. I had to have someone take care of him while I was in the hospital.”

It’s an experience she said she wouldn’t want anyone else to go through.

Disneyland released a statement to CBSLA saying, “We were notified that the tourist visited multiple Southern California locations and have been advised by OC Health Care Agency that the risk to cast and guests is likely low. We maintain rigorous sanitation standards to protect guests and cast, and earlier this year we strengthened our immunization program and educational resources for cast members, in addition to our ongoing efforts.”

People who were in the listed locations around the same time should monitor themselves for illness with fever and/or an unexplained rash from 7 days to 21 days after their exposure.

If symptoms develop, stay at home and call a health care provider immediately. 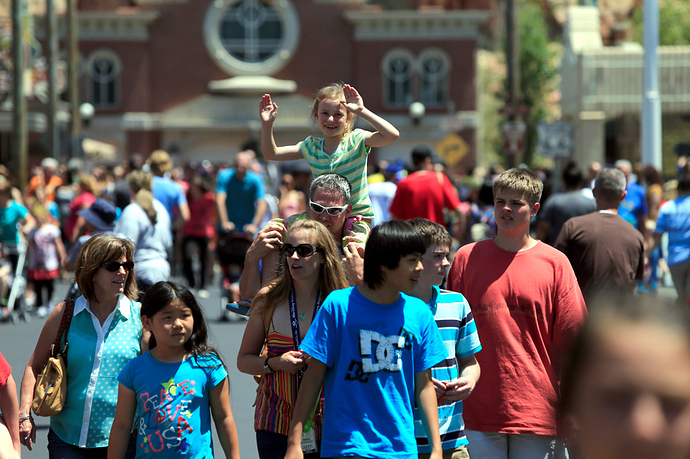 A female teenager visiting from New Zealand was infectious with the measles virus when she visited Disneyland and Disney California Adventure Park.

If only there was a vaccine for the measles, oh wait, there is.

California is indeed a shithole, but this outbreak was from a tourist from New Zealand. Nothing saying that tourist couldn’t have originally been from some third world shithole.

Yeah and the threat isn’t just from outside the country, there’s a number of Christians in America who refuse to have their children vaccinated.

You are biased as all get out.

there’s a number of Christians in America who refuse to have their children vaccinated.

I don’t think anybody should avoid it, but I was responding to a Christian…

You were taking a shot at a Christian who is obviously supportive of vaccinations. Your bias is showing.

Yes, he’s obviously supportive, but many are not. As an atheist I’m biased towards no religion.

Yet you only called out Christians…when in reality Orthodox ■■■■ have had a lot more news coverage recently over their anti-vax position.

Yet you only called out Christians

You’re certainly biased against Christians as you clearly demonstrate.

Nothing in Christian Theology forbids vaccinations.

I’ve had every immunization on the planet ( even rabies immunization ). I think I may glow in the dark; but I ( knock on wood ) never ever come down with anything. I did have West Nile; and that slammed me for about 2 weeks. I hope now, I am immune. It was scary.

Yeah, nice try but no cigar!

Here is a list of vaccinations required to enter the USA for international visa holders. If she was from New Zealand I wonder what happened in her case.

That is one long list and it’s astounding on one hand Government seems to want to protect citizens but on the other hand we’ve got Government Dems who just don’t! Dems want to let hordes across our border without checking if they even have a pulse let alone an infectious disease!

No vaccine is 100% effective. She may well have been vaccinated and still picked it up.

True, but I thought it was interesting all the vacs needed to travel to the USA compared to total lack of concern by Dems about the border caravans. It’s like making sure the front door is locked while leave the back door wide open.

Unfortunately if you’re traveling from other developed nations your shot records probably won’t even be checked.