Mayor Lori Lightfoot also attended the crime summit and appeared to pin partial blame for the thefts on business owners not taking enough precautions against the crimes. 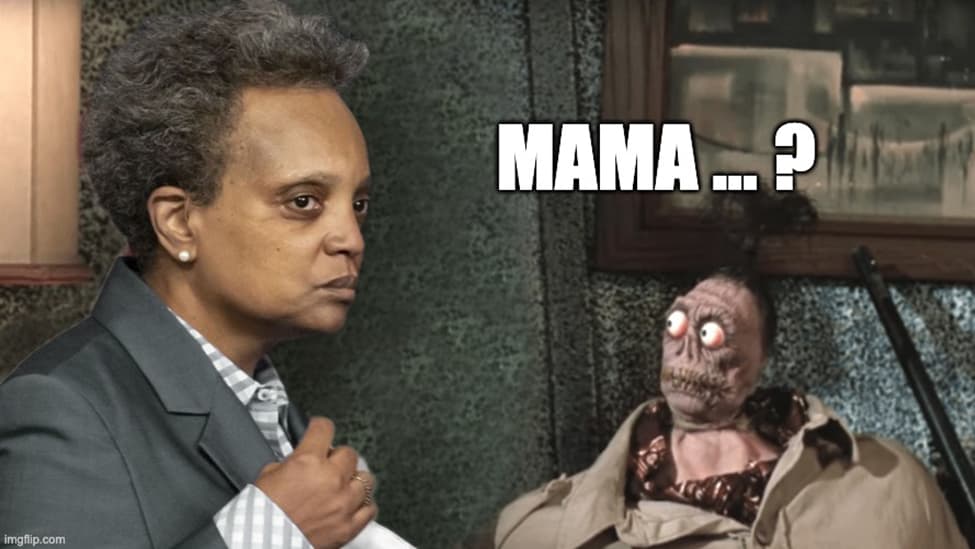 His high-end exotic car dealership was targeted by armed smash-and-grab looters on Dec. 11, who stole watches worth millions of dollars in a matter of seconds.

“It’s frightening. It’s really frightening,” Forsyth said. “They ran off down the alley next to the church here, and you can see them put the bikes in their car – and they just drove off.”

Laughable , coming from the guy that still rambles about John Mc Cain and Mitt Romney

The Link is from TODAY’S FOX NEWS , duh .

Amazing how Mayor Lesbo won’t take accountability for her foolish actions . What will she do when some smash and grabbers get a " fatal case of lead poison " from xtore owners.

I guess business owners can rightly justify not paying taxes seeing that Beatlejuice can’t provide adequate security in which such taxes is suppose to pay for.

Beetlejuice decided to throw the Chicago police under the bus time and time again , she put strict limitations on what the are NOW allowed to do . The POLICE are charged for ANY minor infraction of her new rules . Now she is asking for federal help so the rest of the Country has to pay for her stupidly .

If I was a business owner I seriously wouldn’t pay taxes. I would hire my own security detail and say here go dipshit, here is the bill!

Then she would be happy to take their business and sell it for $1 to BLM .

Something tells me the Chickens are going to come home to roost before her term is done, because she has been an abysmal failure at being a mayor of a major city!

The only thing keeping blacks in dem cities voting dem is ALL the free shit those morons pass out .

There is only so much of other people’s money that she can pass around before the mob turns on her, and I believe that is already starting to happen! Besides Philly being the murder capital of the US, Chicago leads that statistic by light years with the black on black crime that happens there on a daily basis!

Those dipshits defund the police then handcuff the ones that are left , then put ALL the blame on the police force . Typical dem logic .

That’s alright, it just needs to be blown all up! The terrorist will do the country a favor sooner or later when the country spirals out of control even further!