This is yet to be confirmed but it seems like Mark Meadows cut a deal with the FBI.

It is said the FBI had a inside person who told them where Trump hid other documents.

Mark Meadows is the only individual who has not been threatened with contempt. I wonder why?

Hope he has a nice place to retire.

Imagine that ANOTHER GOP turing on Trump , how many is that now ?

Wake up and see the handwriting on the wall , Trump is fucking DONE !!!

Lol ron is boring, he’s gonna get blown out if he runs, trump is your next president. Deal with it

The FBI was tipped off by an informer close to Trump who guided agents to where documents were kept, reports say .

Sources told both Newsweek and The Wall Street Journal that an informant tipped off authorities that classified government documents might’ve been improperly stored at Mar-a-Lago.
Is there a familiar theme here ?

Trump will be your next president

If you are real quite and listen closely at night you can hear Hillary chatting "LOCK HIM UP , LOCK HIM UP !!! 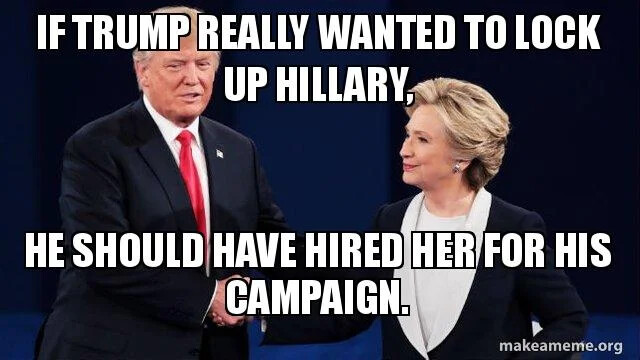