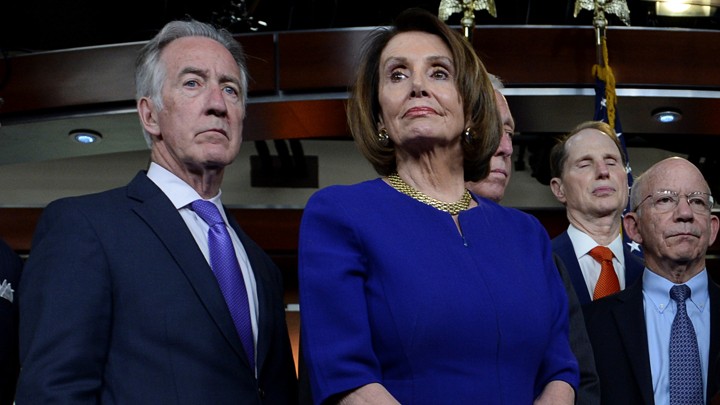 The single-payer health care plan known as “Medicare-for-all” now enjoys support from more than half of Democrats in the House of Representatives, with top-ranking Rep. Hakeem Jeffries, D-N.Y., adding his name to the list of co-sponsors.

The bill, introduced in February by Rep. Pramila Jayapal, D-Wash., calls for the replacement of private health insurance with a government plan covering everyone. Jeffries became the 118th co-sponsor.

“Given the enduring nature of our health care access and affordability crisis, more must be done,” Jeffries, chairman of the House Democratic Caucus, said in a statement to The Washington Post.

Jayapal celebrated Jeffries’ support the day before his name officially was added to the sponsor list, tweeting that it is “a huge step in the fight for #MedicareForAll!”

The widespread support in the caucus underscores how quickly the party has embraced the costly policy, popular with the progressive base, since the last presidential election.

When she introduced the bill in February, Jayapal described it as “a complete transformation of our health care system where there are no private insurance companies that provide these core benefits,” saying it would be “universal care, everybody in, nobody out.” At the time, the bill immediately drew support from 106 Democrats.

Since then, another 12 have added their names, with Jeffries being the latest.

“We have thought carefully about how we’d take care of those folks because we think those people are very important," Jayapal said during a May town hall at American University.

“We have set aside one percent a year of the total cost of the bill for five years to take care of a transition for employees in the private insurance sector,” she explained. “If they are able to retire, that might be one, pension guarantees, job training so they can move into a different system.”

A Senate version of “Medicare-for-all” has been pushed by Democratic presidential candidate Sen. Bernie Sanders, I-Vt.

Candidates have split over just how far they are willing to go when it comes to socialized health care. Sanders and Sen. Elizabeth Warren, D-Mass., favor a public system that abolishes private insurance, while others such as Sen. Kamala Harris, D-Calif., and South Bend, Ind. Mayor Pete Buttigieg have called for keeping private options for those who prefer to keep their existing plans.

So what they really support is taxing all middle class and wealthy people into the poor house. European style socialism will never work in the United States.

The bill would virtually do away with private insurance by making it illegal for private companies to provide the same coverage as the public plan.

They went from “if you like your plan, you can keep your plan” to all medical plans are illegal unless it is the one we give to you.

If we were forced into this who gets to make the decision as to what type of care will be provided to people who are sick? Federal employees in Washington, DC? Fuck that.

AOC and Ilhan Omar will be the Commissars of the Federal Death Panels. All sick and able-bodied white men will be euthanized. White babies will be used for medical experimentation and organ harvesting.

Democrats specialize in creating entitlements by spending. The largess of government is like the free corn offered to a herd of wild pigs, given so that they get used to free stuff and don’t notice the fence going up around them until the day the gate closes for good … at which time it’s too late.

Single payer was always the goal. I wonder how much closer we’d be to that were Hillary in office rather than Trump.

Jayapal predicted that by doing away with private insurance plans, approximately 1 million people who work for insurance companies would lose their jobs.

“We have thought carefully about how we’d take care of those folks because we think those people are very important," Jayapal [said] during a May town hall at American University.

Isn’t that just the typical Democrat?

How about people can take care of themselves. Just because they don’t work in the insurance industry doesn’t mean big daddy government has to step in. People lose their jobs all of the time. They find new ones.

Those that lost their jobs in insurance would collect the 1000 dollars a month.

What death panels??? Do we have any admirers of Dr. KEVORKIAN Dr.Mengele or Dr. DEATH the abortion doctor unemployed ? They would pardon him and give him a job harvesting organs from aborted babies.