Seems the WH is out to lunch.

An executive of Kroger, one of the largest supermarket chains in the United States, warned grocery prices are about to become even higher this year as inflation sets in.

Inflation is running hotter than previously anticipated, and prices are slated to rise an additional 2 to 3 percent over the second half of 2021, Kroger CFO Gary Millerchip said during a call with reporters.

Kroger will be “passing along higher cost to the customer where it makes sense to do so,” he said on Sept. 10.

The comment comes as the price for beef, poultry, and pork have risen at grocery stores in recent months, leading White House officials to blame meat processing companies.

“Just four large conglomerates control the majority of the market for each of these three products [beef, pork and poultry], and the data show that these companies have been raising prices while generating record profits during the pandemic,” said National Economic Council Director Brian Deese at a press briefing on Sept. 8.

“Those companies have seen record or near-record profits in the first half of this year,” Deese said, taking aim at JBS, Tyson Foods, Cargill Meat Solutions Corp., and the National Beef Packing Company. “And that has coincided with a period where we’ve seen disproportionate increase in prices in those segments.”

Secretary of Agriculture Tom Vilsack claimed that some food companies may be price-gouging, although he noted that labor and transportation costs have risen since the start of the COVID-19 pandemic.

“Our job is to make sure that that farmer gets a fair price and that the producer … when I go to the grocery store, and I’m in the checkout line, I’m paying a fair price,” Vilsack said.

Neither official signaled that inflation may be the cause despite the producer price index increasing by 0.7 percent in August 2021 over the previous month. Final demand prices have also risen 8.3 percent from a year ago, which is the biggest increase since 2010, according to a Department of Labor report issued on Sept. 10.

“If we talk of 2022, it is likely that input cost inflation will be higher next year than this year,” Roger said at a Barclays consumer staples conference, reported the Reuters news agency. “Our strategy is to offset anything we receive through pricing. The idea is to pass it on to the trade and to consumers whenever we receive it,” he said.

Earlier this year, CEO of supermarket chain Albertsons, Vivek Sankaran, said that regarding inflation, “It could go a little bit higher, but … we have a strong consumer” base in the United States.

The wealthy of course.

All I can say is I have zero sympathy for the idiots who put Bidet in office.

Looks like it will get worse before it gets better. This happens when you dump trillions into the economy, to much money chasing to few goods.

Just wait until you see the TAX impact on your 401K and IRA . That’s not the wealthy getting slammed it’s the working stiff !!! DemoRATS are such liars and underhanded crooks .

Well, it appears you and others here actually understand the cause and even the definition of inflation. Too much money chasing too few goods.
And it was Jim Crow Joe who threw all those TRILLIONS of dollars, paying idiots not to look for work.

Bidet and the Fed are betting it’s caused by the pandemic and will subside.

I do laugh a the chip shortage killing the auto market, new and used. Another gift from China that keeps on giving.

Further illustration that we are in The End Times and living through what The Book of Revelation predicted, this was all foretold in our Bible.

With the food and inflation situation, we are headed toward Revelation 6:6

We are headed toward Revelation 6:6 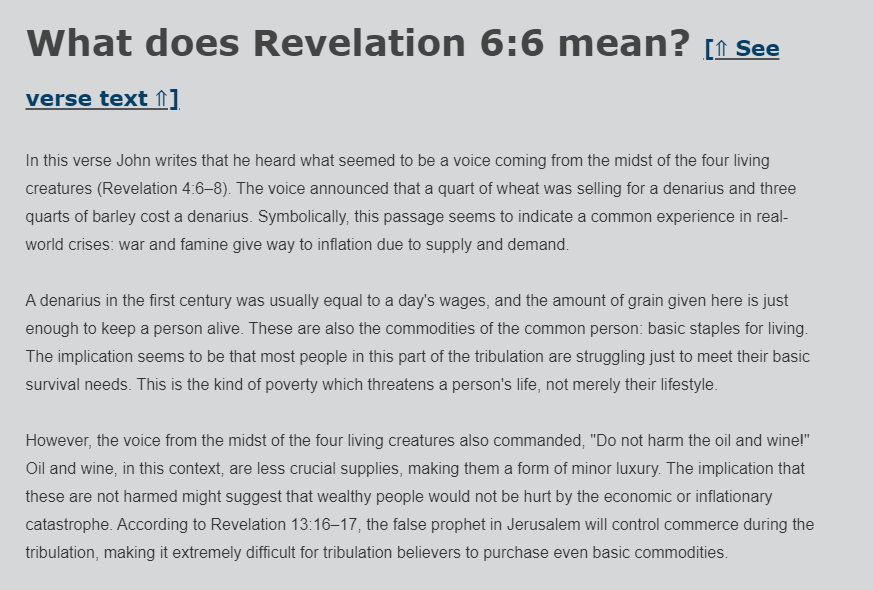 Below are the actual verses from Revelation 6:6 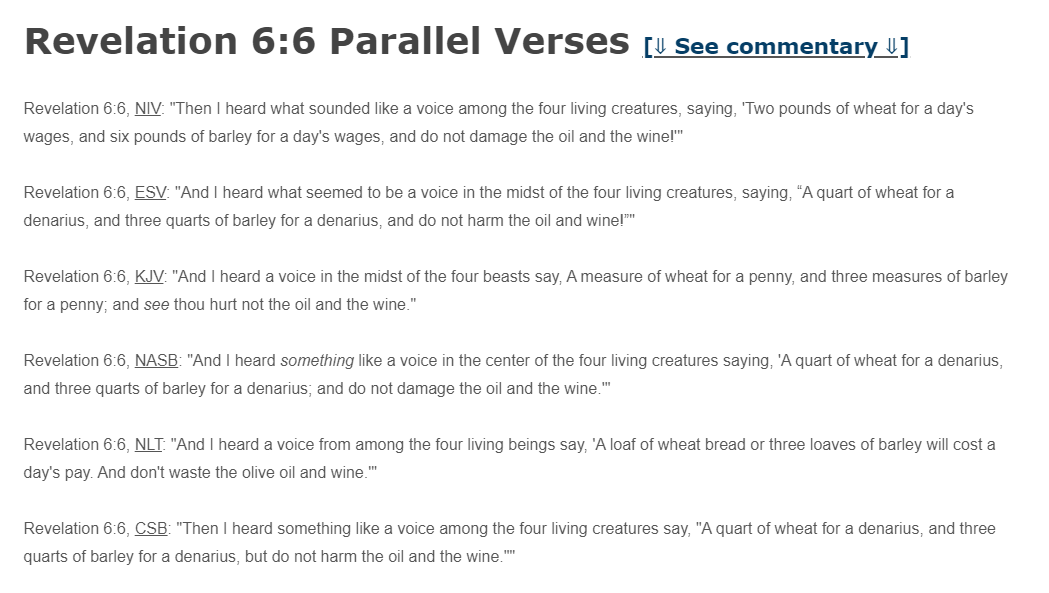 What does Revelation 6:6 mean?

And I heard something like a voice in the center of the four living creatures saying, 'A quart of wheat for a denarius, and three quarts of barley for a denarius; and do not damage the oil and the wine.' - What is the meaning of Revelation 6:6?

It’s MEANT to, that’s the plan, they are psychopaths, the men Behind The Curtain are TOTAL psychopaths, devoid of ALL humanity because they HATE humanity itself.

Essentially they are the epitome of the sad loser and it is THEY who will ultimately be doomed. They are going to get so far with their plan but then THE LAMB will step in and put a stop to them FOREVER, He will do this because IF He doesn’t The International Globalists PLAN to DESTROY the ENTIRE World. They WANT the ENTIRE World for THEMSELVES and when it becomes OBVIOUS they CAN’T have it they will ATTEMPT to DESTROY it.

Another gift from China that keeps on giving.

Thank you demoRATS …
When you total up all imports and exports, China is now the number one trading nation on the entire planet.