I also found the powerpoint presentation of the whole proposal from the school district, if you want to dig ni.

The second largest public school district in California has approved major changes to the grading-scale system in order to fight alleged racism in the classroom.

According to NBC-7, San Diego Unified School District approved major changes to the grading system earlier this week, including a switch to grading students based on mastery of the material instead of on an average grade calculated throughout the year.

“This is part of our honest reckoning as a school district,” said Richard Barrera, vice president of the SDUSD. “If we’re actually going to be an anti-racist school district, we have to confront practices like this that have gone on for years and years.”

Anti-racism, as popularized by the left-wing author Ibram Kendi, purports that everything should be analyzed in terms of race and disparity. For example, if a school district policy yields worse outcomes for black students than white students, it is racist, and ought be replaced with an “anti-racist” policy — one that can eliminate the disparity.

Under the new grading system, students will also not receive grading penalties for turning in late assignments. Instead of appearing in grades, late assignments would be reflected in a students’ citizenship grade, which reflects behavior, work ethic, effort, and other relevant but non-academic factors at school.

“We’ve been for too long on this idea where you had a chance, you didn’t succeed, so therefore we’re gonna categorize you as a failure, and your option is to start all over,” said the school board president.

La Jolla Light reports that the new grading standards will be implemented over the course of the next academic year. 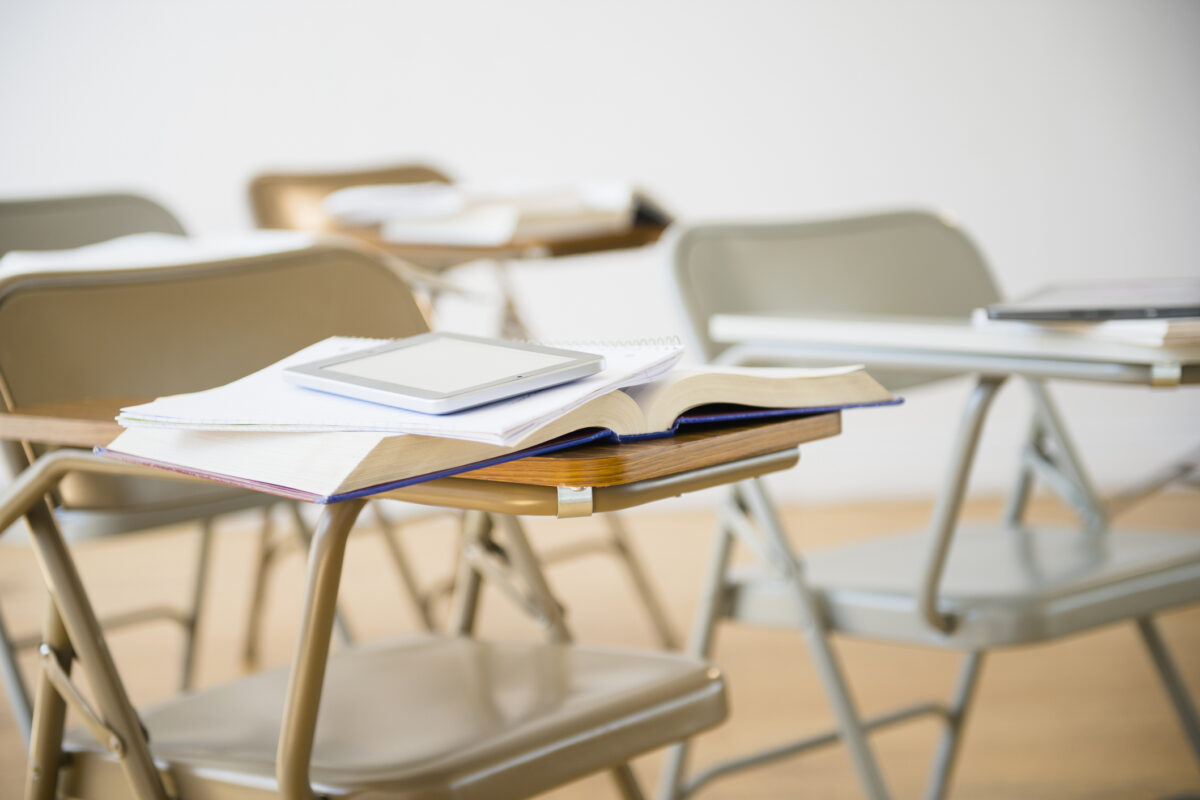 Nothing more than picking winners and losers from a Marxist construct!

I really like the way the Germans utilize the education system.

By a certain age, children are evaluated to know what kind of education fits them best and moved to the types of schools that accommodate the best education for them. A one size fits all approach isn’t the best for everyone.

Although most Germans claim to be against elitism and favoring any social class, their entire educational system is basically a three-class system that divides students into three different tracks: (1) Gymnasium for bright students headed for college, (2) Realschule for the next step down, kids headed for average or better white-collar positions, and (3) Hauptschule for the bottom tier, generally aimed at the trades and blue-collar jobs. By the age of 10 most pupils in Germany have been put on one of these three educational tracks. But it has become easier to switch tracks, and this is now more common in Germany than it used to be.

Except it’s against the law in Germany to homeschool. Why is that?

A good article that I cannot necessarily disagree with:

To sum up: Homeschooling is legal in Germany, just not homeschooling alone. If you have some vision how to run a better school, you are free to do that. Yes, you have to ensure a minimum, and it is debatable what that includes. But it is a good point to have some standard because mental stunting is a real damage that can result.

Homeschooling is Not Illegal in Germany

I recently got into an exchange on Twitter about homeschooling. My conversation starter was: “Homeschooling makes only slightly more sense…

Yeah - let’s just stop grading students because they are too lazy and stupid to meet the standards.

So essentially homeschooling in Germany has to be approved by the state. I don’t consider that exactly freedom for parents to choose.

There was a story about a Christian family that moved out of Germany because they wanted to Homeschool according to their faith and weren’t allowed to. I can’t remember the cited article because it was a few years ago.

I think the premise is a parent cannot teach everything. For instance, how will a parent teach a foreign language that they don’t speak?

I’m sure there are ways around it, but I think a combination of some public school and homeschooling isn’t a terrible thing.

I wouldn’t want to be forced if I decided to home school.

Mostly, I like the system that separates talents and abilities and furthers them in the education system rather than a one size fits all approach.

The second largest public school district in California has approved major changes to the grading-scale system in order to fight alleged racism in the classroom.

They are basically saying that all of their far left commie teachers are foaming at the mouth racists lol.

By a certain age, children are evaluated to know what kind of education fits them best and moved to the types of schools that accommodate the best education for them

That wouldnt fly here nowaways, bc people would be screaming “racism” once they look at the genders and racial make-ups of the student population of those schools. Everyone is equally qualified, you see, and equity must be achieved at all cost so they can sleep at night.

Just like Morgan Freeman once said that the only way to end racism is to “stop talking about it”. But these post-modernists just want to make sure that the fish can climb trees so they dont feel bad.

Good. Let them do this. Then let’s push our politicians to yank all of the federal tax dollars that the school districts receive. of course, that will never happen because Republicans are total pussies but that’s what should happen.

Good. Let them do this

SoCal is one of those rare stronghold of conservatives left in commiefornia (rich retirees go there, it’s a less swarmpy Florida with no mosquitoes, have good biotech hub and school system including the UC San Diego, so basically has everything for grandparents, parents and the kids; and surprising it’s cheaper than the bay area despite the gorgeous beaches and cleaner living conditions ), but with this move and other idiotic measures like Prop 15 taxing commercial properties at their MARKET VALUES, you’ll see a lot more people leaving commiefornia. For better or for worse.

California needs to suffer. All of this could have been avoided but they, and the voters of that state, decided to push a left-wing agenda. I hope the entire economy of California collapses and all of the people who leave that god-awful place are met with nothing but scorn and negativity everywhere they go.

Instead of “alleged racism,” they are installing real racism.

I know what you mean, I have some family members that live there now. They are aloof to the politics of the state.

California needs to suffer. All of this could have been avoided but they, and the voters of that state, decided to push a left-wing agenda. I hope the entire economy of California collapses and all of the people who leave that god-awful place are met with nothing but scorn and negativity everywhere they go.

There are a lot of conservatives in California, but they get canceled out by the more populous cities.

I’m a huge proponent of a governor being elected by an electoral college, just as the President is.

They are aloof to the politics of the state.

they are installing real racism.

Oh have you read Prop 16 on Commirfornia ballot this year? MLK worked so hard for what?

A “yes” vote supports this constitutional amendment to repeal Proposition 209 (1996), which stated that the government and public institutions cannot discriminate against or grant preferential treatment to persons on the basis of race, sex, color, ethnicity, or national origin in public employment, public education, and public contracting.

And the rest of the idiocy 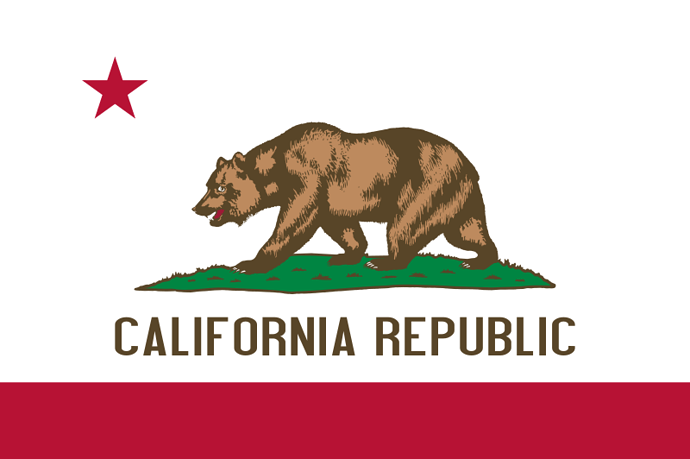 a lot of conservatives in California

Factored in the deads, the illegals, and the harvested ballots, that number stood at 33% in 2016. I have a long-held belief that conservative/liberal ratio in commiefornia is roughly 4:6 or even higher for conservatives, but with the listed factors, plus the facts that businesses big or small have been steadily leaving this place, along with conservatives calling it quit a well. It will be interesting to see what kind of number Trump pull this year, but Id dare to say that its at least 40%, if not more.

The irony here is that the elimination of grading in schools will cause people to return to the ancestral way of evaluating merit based on race, word of mouth, cultural affinity, and direct experience.

Not a bad thing, imo.

Not a bad thing, imo.

I am also for acceleration as well, except the fact that more people leaving commiefornia would spell disaster to elections to come.

It already has when the 2020 Census has been incomplete and stopped altogether. Because they didn’t want to include illegals in the country as part of the count the 9th circuit ruled against Trump, but SCOTUS recently ruled in favour of Trump by ruling the injunction void. In other words the biggest losers when it comes to redistricting is California, Illinois and New York, especially now that the 2020 census will no longer be a valid measuring stick to which such states tried to rig in their favour by including illegals.