Long Overdue! More proof that Trump should have accepted Sessions’ resignation, and appointed Bill Barr immediately. Comey literally had an FBI agent spying on the President in the White House. Last time I checked, that was actually considered treason.

Former FBI Director James Comey has been under investigation for misleading President Trump - telling him in private that he wasn’t the target of an ongoing FBI probe, while refusing to admit to this in public.

According to RealClearInvestigations ’ Paul Sperry, "Justice Department Inspector General Michael Horowitz will file a report in September which contains evidence that Comey was misleading the president " while conducting an active investigation against him.

According to two US officials familiar with Horowitz’s upcoming report on FBI misconduct, Comey was essentially “running a covert operation” against Trump - which began with a private “defensive briefing” shortly after the inauguration. RCI 's sources say that Horowitz has pored over text messages between the FBI’s former top-brass and other communications suggesting that Comey was in fact conducting a “counterintelligence assessment” of the president during their January 2017 meeting in New York.

What’s more, Comey had an FBI agent in the White House who reported the activities of Trump and his aides, according to ‘other officials familiar with the matter.’ 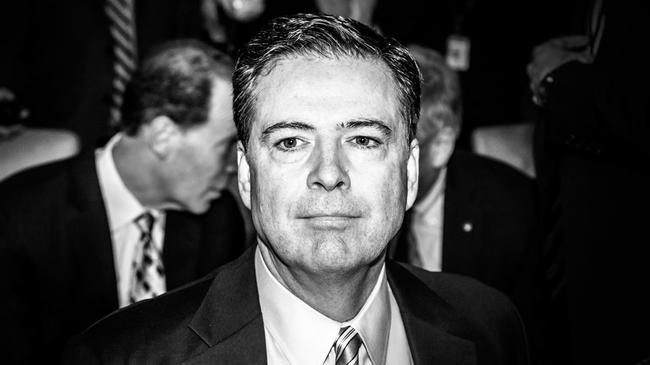 Comey Under DOJ Investigation For Misleading Trump While Targeting Him In FBI...

Comey was essentially "running a covert operation" against Trump...

We are tired of waiting for justice to be done… make some heads roll!

Sadly, nothing will happen. We can all come back to this thread a year from now and they will still be conducting an investigation and Comey will still be free, peddling his shitty books on CNN. Nothing will come of this because nothing ever happens.

This SOB needs to be tried and put away for a LONG time.

Comey’s face will forever be known as the face of Treason. He should receive a fitting sentence.

Comey did a lot more than mislead Trump; Comey spied on candidate Trump, and then tried to frame him as President; he also leaked a fabricated, yet classified memo to the NY Times; the guy’s an absolute criminal.

More on this story which was anonymously reported to CFP. Apparently another Obola appointed agent acting as the mole’