MONTERREY, Nuevo Leon – A group of Los Zetas cartel members left a severed human head outside a border state prison. The move is the latest in a series of threats and intimidation tactics aimed at taking control of criminal activity inside the detention facilities in Nuevo Leon.

The gory crime took place on Friday morning when prison guards spotted a suspicious Chevrolet Tahoe with Nuevo Leon license plates SCD011A abandoned near the facility. In the vehicles, gunmen with the Cartel Del Noreste faction of Los Zetas left a severed human head and a message threatening prison guards and their rivals with the Vieja Escuela—Old School faction of Los Zetas.

Law enforcement sources in Nuevo Leon revealed to Breitbart Texas that when they looked inside the vehicle, authorities found an ice chest with the head and hands of 17-year-old Kevin Alejandro Pantoja Lopez, a teen with a criminal history in Nuevo Leon and alleged ties with organized crime. State investigators identified the victim through his fingerprints as his information is in several government databases tied to previous arrests and run-ins with law enforcement. Later that morning, authorities continued checking the vehicle and confirmed that the SUV had been reported stolen out of the municipality of Escobedo. 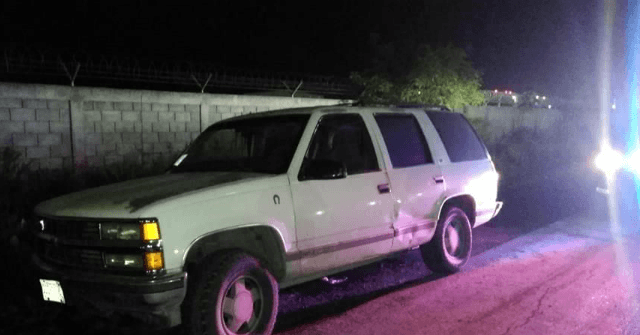 Might as well have the cartels officially take over the government.

It’s high time that President Trump declared cartels as terrorist organizations…and let the chips fall where they may.

These are our neighbors, bigot! Seriously though…we should invade and annex Mexico, destroy the cartels, get full access to the land and resources, bring them Walmart, McDonald’s, and “yobs”, then they would have no reason to come north with third world savage ways. That would benefit me, and I’d have something to be grateful for.

Kill everything that moves with extreme levels of violence. Whatever else you can say about them, no-one can deny they inspire fear in their enemies. Whenever we stop being pussies and decide to take them out, this is something our operators can and should learn from.

The US needs to stop being so gentle with these animals. Let’s put our military to work and end these cartels wherever they may roam.

Here is a follow up to this story in a round about way! Apparently severed heads in boxes is a step too far for some! 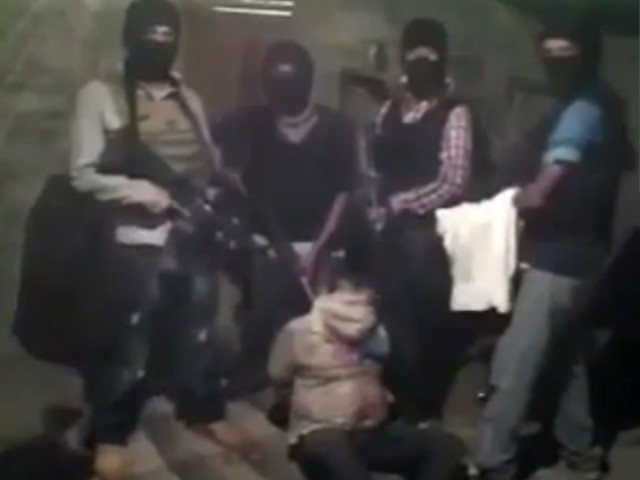 Authorities arrested a top manager for Los Zetas days after Breitbart Texas unmasked him by publishing photographs and other information.

It’s high time that President Trump declared cartels as terrorist organizations…and let the chips fall where they may.

He already tried that and his handlers wouldn’t let him…thankfully.

The US needs to stop being so gentle with these animals. Let’s put our military to work and end these cartels wherever they may roam.

PM me your address and I’ll send you a copy of the constitution…gratis.

No doubt! Instead of putting our resources in the ME we should putting them in Mexico and South America ultimately setting up the worlds biggest trade block not ever seen. Cleaning up the mess in Mexico and exterminating these cockroaches would certainly do wonders for both sides of the fence!

No argument from me on your suggestions! Drastic change takes drastic measures.

You’re completely wrong.He should have declared them terrorist organizations in spite of what anyone thought. They’re not exactly Mexican Pharmaceutical manufacturers and retailers.
There isn’t alot the U.S. can do in Mexico.Maybe a U.S. plane could " accidentally " drop a load of Agent Orange on some growing fields .

About what??? He damn sure did suggest declaring the cartel a terrorist organization, and like so many idiotic ideas he comes up with, his people told him NO, hell no.

The only reason you and your lefty friends are against declaring the cartels terrorists is because you love your cheap marijuana!

Declaring them a terrorist organization isn’t wrong. How many of those Taco Terrorists in the U.S. from Mexico control the drug trade in many U.S. cities and brutally murder people???
Something has to be done to eliminate these cockroaches. Mexico is incapable of doing too much because of widespread corruption.
I’ll agree we can’t invade Mexico and deal with them.
Too bad we can’t put them in Gitmo with Muslim terrorists .

The cartel wouldn’t even exist if not for Americans insatiable appetite for illicit drugs.

I agree our drug use epidemic is a contrbuting factor.