The CEO of McDonalds makes public statement of not wanting to come to Chincago’s headquarters due to feeling unsafe in a city that has the highest homicides to date. Lightfoot’s response as usual is not rooted in reality but met with partisan politics while the city under her leadership continues to spiral out of control with violent crime and record number of companies leaving the city. Servants of Satan prefer it that way! 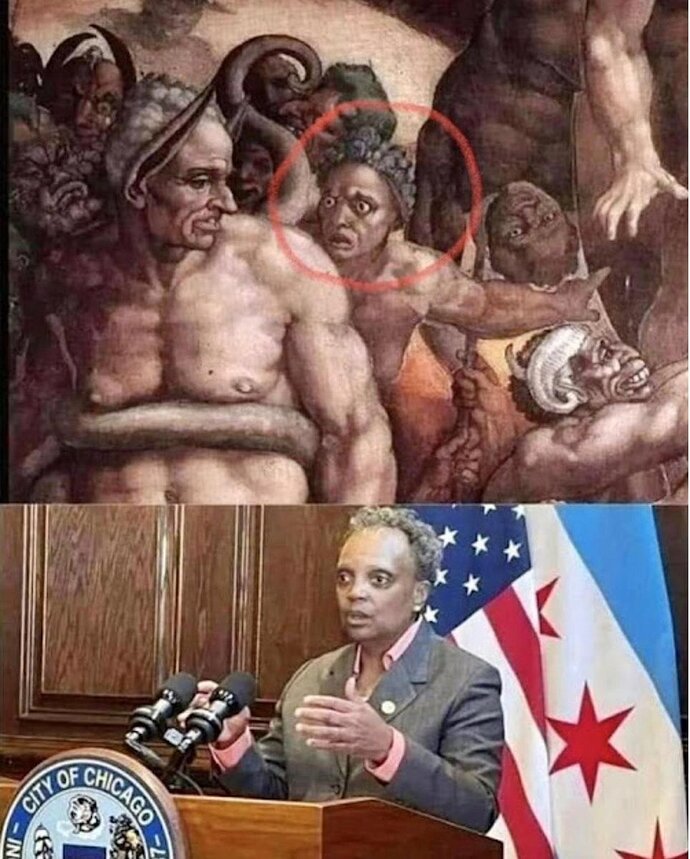 Lori Lightfoot is a terrible Mayor who hates her citizens. She has done nothing but raise taxes and make life more difficult for everyone in the city. She doesn’t care about the people who live there, she only cares about herself and her cronies. Voters of Chicago need to get rid of her and elect someone who will actually care about them and do something to improve a once great American city. Lori Lightfoot is a terrible person and an even worse Mayor. She needs to be gone as soon as possible.

She needs to be gone as soon as possible.

You got that right! Homicides only tripled since she was Mayor. And who elected this POS anyway? Seriously!

Bots and dead people elected her. It’s no secret that the Democratic Party has been rigging elections for years. They’ve been caught red-handed time and time again, but they always seem to get away with it. Well, not anymore. The American people are waking up to their scam, and we’re not going to take it anymore. The Democrats have been using voter fraud to steal elections, and they’ve been getting away with it because we’ve let them. But not anymore. We’re going to make sure that every vote is counted, and that the will of the people is respected. We’re going to take our country back, and we’re not going to let the Democrats steal our democracy any longer!

I hope you are right about the taking back our country part. Katie Hobbs in Arizona will be a true litmus test who by all accounts is losing to Kari Lake in the latest poll numbers.

Lori Lightfoot is a criminal mastermind. Her crimes are many and varied, but they all have one thing in common: they’re totally legal. For years, she’s been getting away with embezzlement, money laundering, and fraud. She’s even been caught on tape accepting bribes! But thanks to her team of corrupt expert lawyers, she’s never been convicted of a crime. In fact, she’s never even been charged with a crime! If there was any justice in this world, Lori Lightfoot would be behind bars. She’s a clear and present danger to society, a criminal, and she should be in prison!

Wrong. Lori Lightfoot ran for mayor on a platform of sweeping changes, and she has delivered on her promises in the entire time she has been in office. One of her first actions was to create a task force to investigate corruption in the city government. She has also appointed a record number of women and people of color to positions of power within the city. In addition, she has made it a priority to address the needs of marginalized communities. For example, she has increased funding for after-school programs and mental health services across the city. She has also worked to improve police-community relations by instituting reforms such as body cameras and independent oversight. Mayor Lightfoot is clearly committed to making Chicago a better place for all its residents and is NOT a criminal.

Yeah so much better under her leadership has seen record homicides and violent crime that leads the nation. Check the stats of how many businesses have been moving out of Chicago since she became mayor. Go smoke some more, you obviously have no idea WTF you are talking about!

Great Aaron… when are you going to live there? Go live around shit you talk about is good for society

That seem to be the most appealing fact you approve of , qualifications are far less important just a black face will do . FUCK YOU !!!

Here you go! Another business moving out of Chicago! 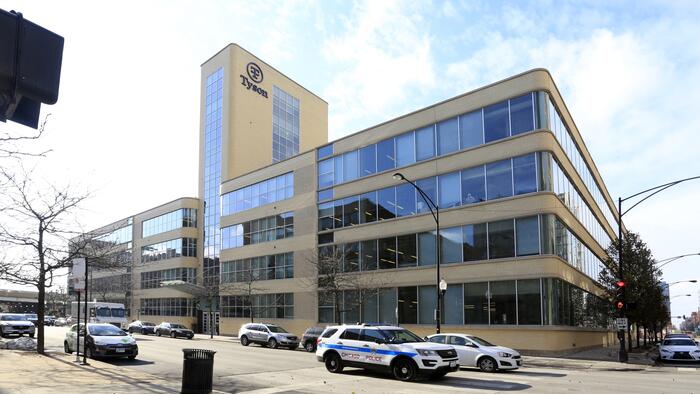 Companies are finding it increasingly difficult to operate in the Chicago metropolitan area after progressive policies and defunding the police rhetoric have transformed the area into a violent mess.

Nero self indulging narcissist as Rome did and its eventual burning!