How the game is played. Just dance around an issue until enough time has passed, and it’s no longer fresh in the public eye. What happened to honor?

But what’s the point? We’re no longer talking about Reagan selling arms illegally to a sanctioned country or Bush’s deceptions getting us into a senseless war in Iraq…either.

Monte, your bias is showing again. Lets see you criticize what the Dems have done.There is plenty on both sides,but you have been one sided.

Benghazi will never be forgotten for some until justice is finally served! Some know the reasons, the whys, the hows, the who’s, death comes to those on a silver platter!

A true progressive through and through.

Pretty interesting how Obama and Clinton have no conscious when it comes to Americans getting killed.

Remember HRC saying, What does it matter!!! I guess the lives lost and the familes grief didn’t matter along with the inaction to save them.

The point is the truth.

We may be of a different opinion about the wisdom of selling the arms to Iran or the Contra’s but we know it happened.

There may have been reasons why the Obama Administration wanted or needed Amb. Chris Stevens to die.

Two Mini Guns would have turned the tide at Benghazi. Increased security was requested many times. Our people were thrown to the wolves by a callous administration.

Monte, your bias is showing again. Lets see you criticize what the Dems have done.There is plenty on both sides,but you have been one sided.

The whole point of the op is biased. The GOP took 8 swipes at Benghazi and got nothing. Maybe that’s why nobody’s talking about it.

Remember HRC saying, What does it matter!!! I guess the lives lost and the familes grief didn’t matter along with the inaction to save them.

The loss of one American life is too much. If the left honestly believed this they would have been marching in the street protesting the deaths in Benghazi just like they did before the second Iraq war even started. Remember that!?!

Teddy Roosevelt; the only major political figure in our country’s history, who resigned his political office, and physically went into battle.

Was this a reference to the “rough riders”? One thing that was suppose to be temporary that was used to pay for William Randolph Hurst’s war was the income tax. Funny that it’s still in existence today, which many consider it being illegal! 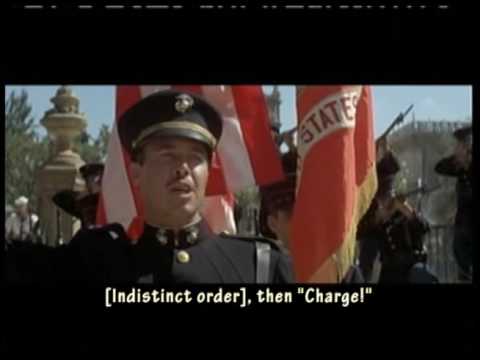 And 50K died in Johnsons lies expanding the war in Vietnam and you say nothing about that. One might think you’re a progressive partisan hack.

Whatever; but TR had courage to beat the band.

There ya go LouMan, once again resorting to truth.

And ignored by the progressive hacks now calling this home.