Lindsey Graham: Dems and GOP can 'Come Together' for Gun Confiscation

This may sound innocuous at first glance. They only want to confiscate guns from individuals deemed a threat to themselves or others.

But then all they need do is deem people…one at a time. They’re already trying to extend the authority to recommend “deeming” of certain students to teachers. Teachers have already been issued honorary psychiatrist diplomas in their ability to diagnose ADHD in unruly or bored students.

Maybe teachers could recommend a review, but…how the heck could a teacher make that kind of evaluation?

I mean, this feels like an inevitable next step - not that I agree with it, mind you. But after every mass shooting, 2ndA supporters instinctively say ‘this is a mental health issue’, and of course there is much truth to this. Much truth.

So sooner or later, someone is going to propose legislation that picks up on that thread…

The Summary is being written. Here is the Text.

‘‘(2) Paragraph (1) shall not apply to the possession, sale, or transfer of any semiautomatic assault weapon otherwise lawfully possessed under Federal law on the date of enactment of the Assault Weapons Ban of 2019

That may seem to say that the weapons described, if already currently owned (at the time the bill becomes law) will not be confiscated.

I haven’t read the rest of the text yet, but such weapons may be referred to in subsequent text. If not, it won’t take the assholes much longer to pass another law to get them.

Lets meet at the old mill we will ride into the storm at midnight my friend!

What part of failed security do you not understand? Gun free zones has failed! Security officers posted on school grounds has failed, local police and response time has failed! What other bright ideas do you have for solving this problem?

Also on your latter statement, teachers should be given the choice on whether they carry or not, its not up to the voter, its up to the individual, it is their right whether you agree or not, it makes no difference, and for all the lefts proposed solutions in making schools safe all of them has failed miserably!

Leftist like you only argue about the issues, you don’t actually propose “outside the box” thinking solutions and its a tired game.

I’d very much like to see the full context of his statement as I strongly suspect it was taken well out of context. If not, Graham needs a swift kick in the ass, and perhaps several to the face.

Those adjudicated as being a danger to themselves and others have always been subject to being disarmed.

As long as they are properly evalueated and adjudicated PRIOR to confiscation I have no problem with it.

When a neighbor however can simply state, “Bill is crazy as hell and should be disarmed”, and that’s all it takes to have him disarmed we are far beyond anything constitutional or that I can in any way support.

Now if someone is acting unbalanced while in possession of firearm, probable cause exists to disarm and arrest them so they can be put on a 72hr hold.

"Reasonable"in the eyes of many is often in direct contradiction to “Constitutional”.

Can we just Balkanize already. I’m tired of having to deal with Marxists in Washington and all of their crap. The only reason we made a Federal Government in the first place was when we started out the states were too weak to defend themselves or keep order. Considering how long we’ve been around and how prosperous we’ve become I think the Federal government is long outdated.

Get into position, America. 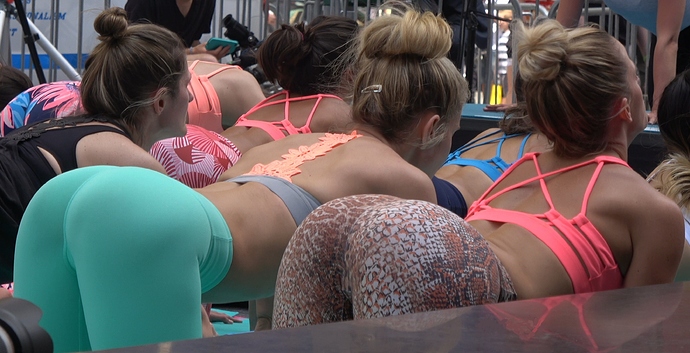 I think he was speaking only of the “red flag” laws that allow confiscation of guns from those deemed a threat to themselves or others and for which a court order has been obtained.

The trouble I have with that is the liberal judges that will be a pushover to get an order.

I have a serious problem with those as they amount to nothing other than a stripping of rights without due process and guilty until you can prove yourself innocent.

The case of Brandon Raub should be in the back of every veterans mind as they post on the internet. The FBI was running something called Operation Vigilant Eagle.
An Operation to watch militias which evolved into an operation to watch veterans. To make a long story short he was reported for posts on the internet, they showed up at his house, found some guns and had him committed. He had to have advocates go back to court to have him released.
A federal judge summarily dismissed the government’s case against him saying “so devoid of any factual allegations that it could not be reasonably expected to give rise to a case or controversy.”

Here’s the rub, the advocates for Raub sued the Government to get a court to set guidelines for commitment, the Court refused to set a clear guideline. So nothing has changed.

What should be obvious to all is that governmental agencies such as the FBI act on the prerogatives of its superiors from the top down…in a quasi-military fashion…by rank, but without handbooks or strict rules of engagement.

I’m not aware of how many echelons exist in the FBI, but it does have a Director, Deputy Directors, Field Office Directors, Senior Agents, etc., just as the military has a Commander in Chief, Generals, Colonels, Lieutenants, blah, blah, blah all the way down to Privates.

Each rank does what its superior says to do…or suffers the consequences of not doing so.

Sounds like a perfect plan, doesn’t it? It’s effective and efficient in accomplishing goals, but it’s also often subject to the personal preferences and ethics of each superior rank regarding decisions left to the discretion of the one assigned with a task…such as who to target and whether to use kid gloves or iron fists.

Even the most nearly perfect and noble plans will often function poorly or with extreme bias when humans are installed to carry them out.

Having spent more than a decade in the service and a lot of time working with LEO’ since that certainly isn’t always true.

There’s a whole lot that goes on at the lower ranks that the upper ranks are never even aware of. As long as the overall mission gets accomplished and there’s no public embarrassment or controversy most of them don’t care and will frequently intentionally look the other way.

Give me one reason why We The People shouldn’t be allowed to possess the FIM-92 Stinger?

SHALL NOT BE INFRINGED 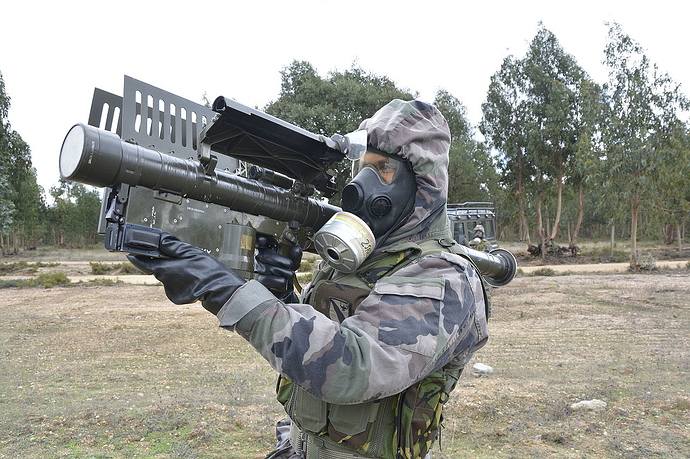 Because it is not an arm.

Why do you guys have to be repeatedly reminded of this?

Well, let’s start with the fact it isn’t an “Arm” as the 2nd is intended to protect.

Explosives, ordnance, anti tank, AA weapons are not and were not typical weapons, ammunition, or equipment of the colonial militiaman nor are they standard issue for a modern infantryman.

Rifles, pistols, handguns, shotguns and the regular issue of field gear are and always will be.

If it’s issued to a basic infantryman or carried by infantryman of the guard and reserves it should be protected as was their intent.

When death rays are the standard issue infantry weapon they will be covered by the 2nd.