Couldn’t bring trhemselves to use the term Christians ro describe the victims in Sri Lanka.

And yet they don’t ever have a problem using the word Muslim or Islamic when a mosque is attacked. 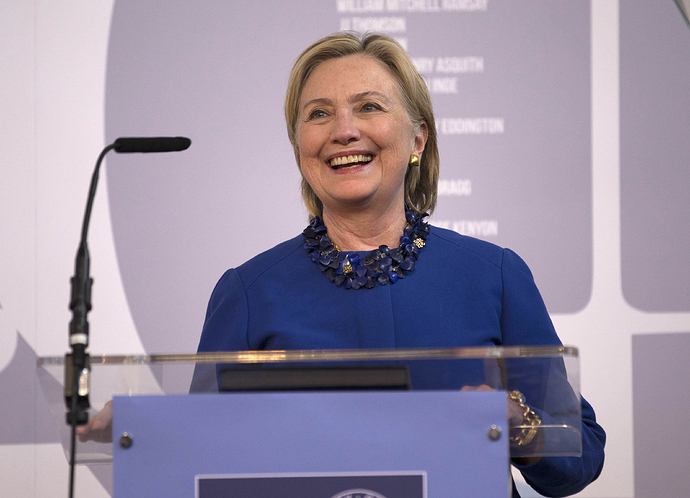 Conservative Twitter Pounces on Obama, Clinton for Expressing Sympathy for...

Is referring to someone as an "Easter worshipper" really an attempt to minimize their Christian identity?

Let’s refer to Muslims as Ramadanians and see how well that flies.

I call them towelhead, G-effers.

The G stands for GOAT!

This is the result of the strategic communications of Public relations to create a controversy in order to get people to talk about them again in media. Its pretty despicable but such subtle hints seems to be working when the news media focuses on what they say instead of what the actual story is!

Meanwhile this should be even more outrageous! 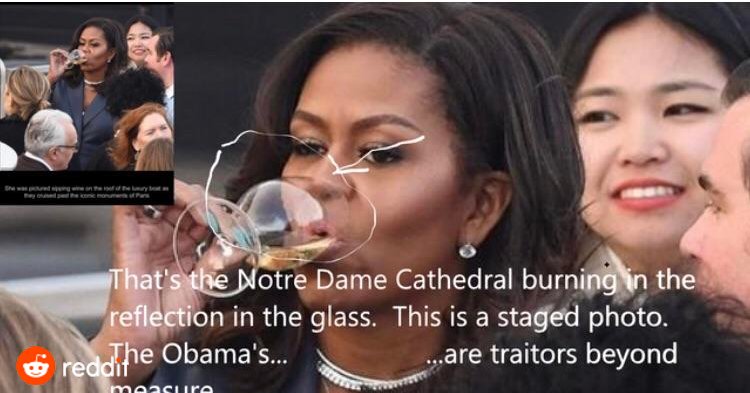 Yes, the story must always be about them.

I remember repeatedly opining that the Obama Administration had learned to handle scandle through scandals.

Let me explain this: Obama inherited a situation that he didn’t create and which I would maintain is, at least on the human level, an accident of history.

Unlike your hypothetical frogs in frying pans, who are sensible critters unable to make excuses about their circumstances, human beings can have the combination of intellect and mindless stupidity to be able to make excuse for the changes in temperature, to even convince themselves that this new norm is better. So unlike frogs they can stay put right where they are fooling themselves until they are boiled alive.

I believe Revelation gives the ultimate display of this ability to accommodate what is factually killing you and even leading to your damnation in the reactions of the lost to the outpouring of the wrath of God.

Here I draw from C.S. Lewis who said that pain is the Lord’s megaphone to the world. So by the time of Revelation people will be so hard of hearing that the Lord will literally turn up the volume to “11” on a scale of 1 to 10 in an effort to get anyone who yet will to hear, and then to repent.

But step back from the future to the past, specifically the Clinton Administration. Under Clinton scandals were dealt with by distractions, by bombing and missile attacks that often went wrong. But even then something kinda new was happening: people who were opposed to the Clintons became ever more aware of scandals while those who took up defending them, circling the wagons around them, found themselves step by step covering for ever so much more than tawdry affairs that they may have first imagined was all there was to worry about, as if Clinton really was just another Kennedy.

So they were in their frying pan and the heat was on. Everytime they found something that they could get over it became ever so much easier to get over something only that bad and a little worse. And Clinton kept a little worse coming a lot. At the same time those circling the wagons became irritated with others who kept bringing up things they’d gotten over already. That was old news, unimportant, and it was just petty partisanship to bring it up again.

What they didn’t realize was the trap they were already in. Their ability to accommodate wrongdoing by Democrats, something that long preceded Clinton BTW, grew in proportion to their ability to dismiss yesterday’s old news. They were being groomed by current events to be unable to both see and to remember … at least where Democrats were involved.

This process continued to pick up steam, not a fast growth at first but getting ever faster over time. By the time Obama was running for office it was well developed and irrationality was starting to gain steam in their efforts to not see and to not remember.

I believe it was maybe in Obama’s first year that someone realized what had been happening. It was by that time over at Hannity that I’d first brought up this idea while discussing the marvelous, near perfect defenses that the Left had been developing so it’s no stretch to say someone else had been thinking along the same lines.

What then seemed to happen is that we were treated to a steady stream of scandals that almost seemed managed, as if really really knowingly coming from the White House, each only a bit worse than the last. There were no scandals so horrific to all at once disabuse the true believers but only a turning up of the Fire bit by bit

This had two effects: first to those opposed to Obama it drove us nutty … especially that the worse things got the less the Left even seemed to be able to care. I think it may have been during 2012 I first speculated about controlling scandal with scandal.

The second effect is that the Left really did become less able to notice, care and remember the misdeeds that so animated conservatives. Us caring drove them all the faster into not caring.

Eventually we arrived at the point where it wasn’t much of a stretch to say that Clinton or Obama could be standing over a body still bleeding out, yelling that they did it, was glad they did it, and that they’d do it again … and the Left wouldn’t care one jot, might even insist it was all some right wing conspiracy to misrepresent the plain facts as they have done time and again with Project Veritas.

And then a DNC staffer and a Justice turned up dead. “Ho hum” from the Left.

Obama completed the work before Trump was even elected. Trump, being one to believe in high level wrong doing was naturally going to get those who’d stayed on the fence even if they’d been closing their eyes with the Left to join with the Left … and these have become some of the most rabid never-Trumpers … I guess making up for time with the speed of their fall.

Anyway, that’s my idea of how Obama and Hillary etc learned to manage scandal with scandals. They learned that they could prevent anything really bad from seeming really bad to their base. They learned that they could grow their base through laying calluses on the minds of people to render them insensitive, they even learned that by dividing the people into these against them and these for them they could insure there would always be those not just for them but that their emotional investment made them fragile and yet meanspirited all at once … perfect pawns / Useful Idiots.

It reminds me of “Wag the Dog”. 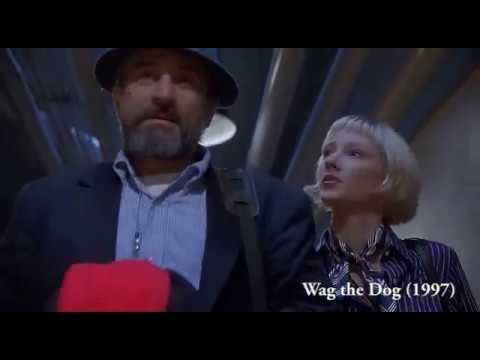 I worked for one of these Strategic Communications companies and know how this stuff works.

Definitely true in the Revelations regard. Imagine living in America and waking up to empty houses, empty churches, missing people and loved ones…

And nobody really stops to consider why.

Crazy, but we know it is going to happen.

Definitely true in the Revelations regard. Imagine living in America and waking up to empty houses, empty churches, missing people and loved ones…

The HBO series “The Leftovers” was loosely based on the premise you just alluded to. It was actually pretty good if you haven’t seen it before.

The “Left Behind” series of fictional books about the prophesy in Revelations were interesting in the 90’s.

I usually stick to reading the source.