A pair of anti-Trump protesters directed racist abuse at Fox News contributor Lawrence Jones at a New York City rally over the weekend.

Jones, the editor-in-chief of Campus Reform, was interviewing participants at the demonstration held by the NYC Coalition to Impeach Donald Trump at Foley Square in Lower Manhattan on Saturday when he was heckled.

“This is who they are, Sean,” Jones told Fox News’ “Hannity” Monday night. “So often, those of us that are on the right are painted as the racist people, the hateful people … I was just asking these people simple questions about if they felt like the president should be impeached or not. These guys come up to me and they say, go back to Fox News to pick cotton. They say, go back to Kenya. This is who these people are, but I doubt many people in the media are going to condemn these people.”

According to a Fox News producer at the scene, two men walked up to Jones near the end of the rally and told him to go back to Fox News “where there’s more cotton for you to pick.”

The producer said he asked one of the men: “What did you just say?” When the man made the same comment, the producer asked if he “was really going to say that,” to which the man responded: “I sure am.” 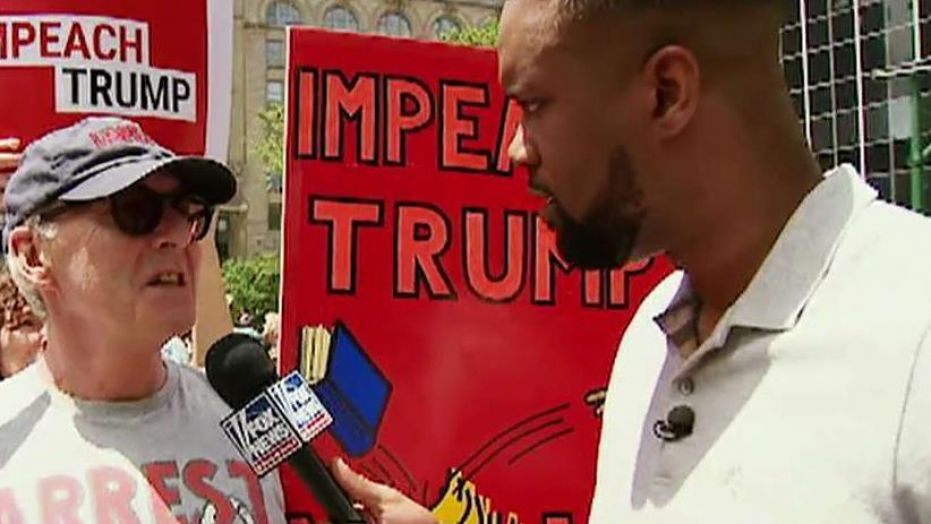 A person need not go any further than this forum to see the worst left-wing hate and lies.

Boy ain’t that the truth.