This is the kind of stuff that gives fuel to the accelerate crowd. Why this is not being challenged more is something of a perplexing theme all across the country, but as the article points out, the Public Education system is not educating students but indoctrinating them in hopes to produce a new generation of activists with false narratives inserted into the curriculums all over the country.

A left wing non profit is teaching young American children to view life through the lens of racialized politics and in the process, critics say is breeding a new generation of social justice activists using taxpayer dollars.

Some of the critics say that leftist indoctrination include:

Teachers today who are in the public school system are driven by ideology and not with a desire to educate and that is the biggest challenge facing future generations in America.

In Tennessee for example, left wing groups have been promoting Islam in the public school system.

The group called Pollyanna is mostly responsible for pushing these radical curriculum’s across the country where a lot of new programs have already taken place in states like New York and California where lawsuits are already underway challenging these radical left wing groups trying to insert these new educational standards into the public school system!

We better start wising up to this nonsense or we are going to be totally screwed in the future! 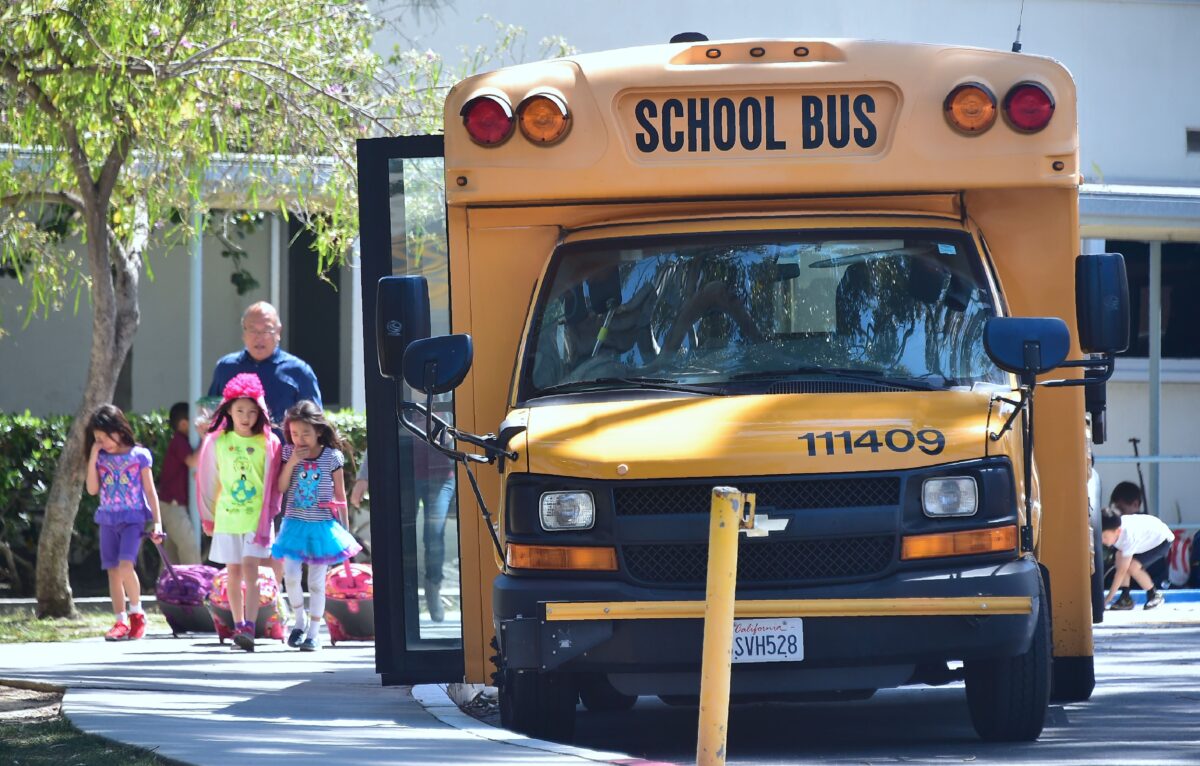 A left-wing nonprofit is teaching young American children to view life through the lens of racialized politics and ...

Eventually, we will all lose our patience. 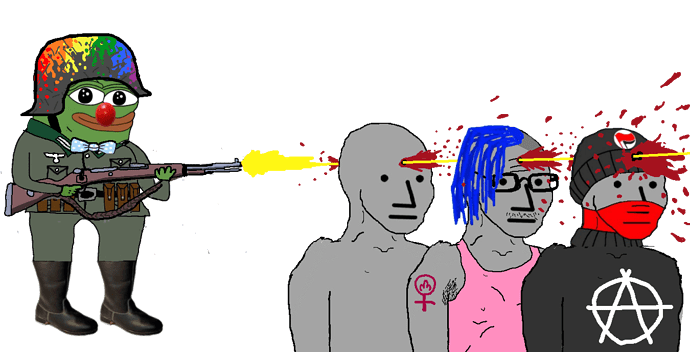 What a load of sensationalist silliness. Teaching children about diversity, other religions and beliefs that are different than their own, and the full range of lifestyle choices available to them is not a bad thing. This isn’t the 1950s and we aren’t going back to that time, ever.

You really shouldn’t be advocating for violence like this. You wouldn’t want to get reported to the authorities, would you?

What about the beliefs of the children and the parents who are being forced into this Cultural Marxist indoctrination against their will?

If you want to report me for using my 1st Amendment right to share artwork, go right ahead. Better call the cops on all of Hollyweird while you are at it. Any expression of violence in any movie or tv show would be illegal using your logic. Stay mad.

The left shouldn’t be advocating to children to chop their dicks off before puberty. That’s a no shit form of violence yet here you are glossing it over and acting like it’s totally normal and fine. It isn’t.

Why is Islam being pushed in public school but talk of Christ or the Ten Commandments is forbidden?

other religions and beliefs that are different than their own

If you don’t like that? Raise your child how you choose. I won’t interfere with it. You can do as you wish. Do you get that? Your choice? Now stop thinking your choice is best for everyone else as well.

the full range of lifestyle choices available to them is not a bad thing.

Yes, it is a bad thing. Kids need structure, discipline and to know there is a clear set of rules. After they have a solid education and their brains are fully developed at the age of 25 they can then make lifestyle choices if they chose to.

I will never, ever be on board with targeting children at the altar of what you offer which is thinly disguised regress re-branded as progress.

They don’t even know what the hell they are doing. One day someone will report, report and report that they have expressed (god forbid) an opinion or independent thought that causes a stir amongst the hive mind.

This is how they threaten us and silence us. They know we all have things to lose and they don’t. So they make us feel like we can’t speak our minds without some sort of repercussion. Meanwhile, they are the most depraved and insane people that have ever walked the face of this earth. I am tired of being afraid of repercussions from a bunch of worthless layabouts.

I sadly work in an industry dominated by these people and I just can’t take it anymore.

Teaching children about diversity, other religions and beliefs that are different than their own, and the full range of lifestyle choices available to them is not a bad thing.

If that were what is being taught, most would not have a problem with it. But those who teach this propaganda have views that are more like what people fear - White men are the worst, then Whites overall, then Whiteness, then cis-gender, then… The PR push of “diversity” is not reflective of what is told to the kids ‘on the ground’.

As a retired teacher I have first hand experience with this- CLAD (cross cultural learning and development). We teachers were required to take classes in this nonsense. I say nonsense because ‘on the ground’ it was all about ‘assimilation is bad’ and teaching ESL Hispanics proper English was racist. I nicknamed the program Chicano Lambaste and Diatribe - because that’s what it was. That was 15 years ago- imagine what’s being forced on kids today.

As to the “full range of lifestyle choices”

Unfortunately the South Park episode “Death Camp of Tolerance” has to be viewed on Hulu, but it portrays what is ahead for elem. school children - not because you necessarily want it, but because others do, and you accept it.

Here’s the plot:
Finally promoted to teaching fourth graders, Mr. Garrison realizes that getting fired for being homosexual could allow him to sue the school for millions. He decides to perform outrageous sex acts in the classroom, hiring his partner Mr. Slave as his teaching assistant. Although the boys complain about Garrison’s inappropriate activities, their parents mistakenly think their boys are intolerant of homosexuality. However, despite their thoughts about that, the adults bring the boys to the Museum of Tolerance to learn about tolerance of minorities or those with different life choices, though they hypocritically attack a nearby smoker with verbal abuse. Garrison, annoyed that no one has complained about his actions, steps up his campaign to get fired by shoving Lemmiwinks, the class gerbil, into Mr. Slave’s rectum, an act called gerbilling.

The boys mention their discomfort to Chef, who in turn, reports Garrison’s actions to Principal Victoria, but ends up being sent to a “tolerance seminar”. Stan, Kyle, Cartman and Butters refuse to attend class, so their parents send them to an Auschwitz-like “tolerance camp” (it is unknown if this is the same camp Chef was sent to). Back at the Museum of Tolerance, Garrison is to receive the “Courageous Teacher Award” for overcoming adversity. Still frustrated at not being fired, Garrison goes all out at the ceremony in an extremely flamboyant and stereotypically gay manner (humming Ferde Grofé’s “On the Trail” from the Grand Canyon Suite )[ citation needed ]. Although the parents finally understand what their kids were telling them about and are indeed shocked at Garrison’s behavior, they cannot bring themselves to criticize it, as they fear being branded “intolerant”. When the people continue to call Garrison and Mr. Slave “courageous” for their actions, Garrison finally breaks down and shouts at them that tolerating something does not mean you have to like it. He goes on to say that tolerating his homosexuality should not mean that he can do things which are obviously inappropriate in front of his students and begs to be fired so that he can collect on a discrimination lawsuit, but Principal Victoria says she has a better idea.

The parents hurry to collect their malnourished and emaciated kids from the tolerance camp, but fail to realize that they tried to tell them about Garrison’s behavior. Principal Victoria concludes that Garrison and Mr. Slave are “intolerant of their own behavior”, and she is sending them to the tolerance camp so that they will accept themselves. As these chain of events all occurred, Lemmiwinks traversed the regions of Mr. Slave’s digestive system, receiving advice from three animal spirits – the Frog Prince, Sparrow Prince and Catatafish. The journey is also accompanied by songs that parody those used in the 1977 Rankin/Bass version of The Hobbit .[2] As Mr. Slave arrives at the tolerance camp, he coughs up Lemmiwinks. The spirits, now free from the intestines of Mr. Slave, appear before Lemmiwinks and crown him “the Gerbil King”. Lemmiwinks exits the scene with the “Ballad of Lemmiwinks” playing over the credits.[3]

They know we all have things to lose and they don’t.

Really? They have a hell of a lot to lose. They are on the wrong side of the Constitution. Note that Trump has been replacing judges while the house (Nero) fiddles?

So they make us feel like we can’t speak our minds without some sort of repercussion.

It is all bluster on a National level. The bluster was soundly rejected in 2016 and will be again in 2020. Look at the buffoons trotting themselves out as presidential hopefuls. They may have a popular vote but they won’t even come close to winning the electoral vote.

I sadly work in an industry dominated by these people and I just can’t take it anymore.

IMO, do what you love. Do what you are best at. Speak wisely and appropriately because you are well versed on both sides of any issue.

You may find yourself on the not so popular side of the aisle. Issues shift. Be a constant of what is the truth, proven. Wait for your time. It will come.

I take it you don’t have any children of your own?

Dismissing parents concerns and invalidating them outright is a losing argument on your part. Try delving into the actual substance instead of reacting everytime to a story with you sensationalist emotions!

Teaching children about diversity, other religions and beliefs that are different than their own, and the full range of lifestyle choices available to them is not a bad thing

Yes it is a bad thing when politics and ideology is being inserted into curriculum’s teaching young children who have yet to develop to think a certain way. Education should be free of all that nonsense until at least they are old enough to think for themselves and is not unreasonable to have that as a standard. You lefty’s blab on about how religion particularly Christianity shouldn’t have any place in the school, then why is it OK for Islam to be taught? Perfect example of Democratic Marxists practicing a double standard! You bitch and whine about things such as religion but you want a standard set aside just for you in order to make an exception. You can’t have it both ways! You either practice what you preach or be prepared to be called a hypocrite, because from what I am seeing that is the norm with the left, which is why they are ultimately losing elections!