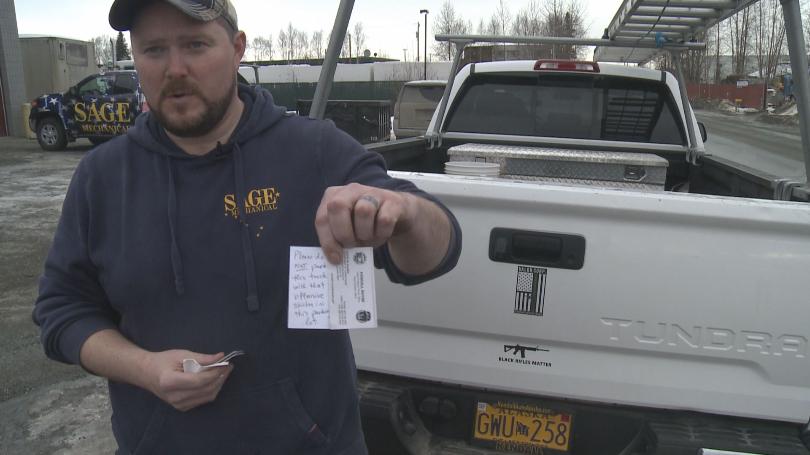 JUNEAU — A social media post by an Alaska human rights official questioning the appropriateness of a sticker on the back of a truck reading “Black Rifles Matter” has caused an uproar, with Gov. Mike Dunleavy calling for an investigation.

Marti Buscaglia, executive director of the state Commission for Human Rights, said the truck was parked outside the commission’s building in Anchorage.

She said she thought the sticker was racist and posted a picture Thursday on the commission’s Facebook page asking, “In what world is this OK?”

Buscaglia said she used her business card to write a note that she placed on the truck hoping the owner would call her. The note asked that the truck with the “offensive” sticker not be parked in the lot.

Brent Linegar said when he found the note on his truck he chalked it up to people having opinions.

But he said he was bothered when he learned of the post on the commission Facebook page, which he felt maligned him. Linegar had understood the stickers, which are on several of his trucks, to be about gun safety and “Second Amendment awareness,” he said.

Linegar, who has a plumbing and heating business, posted a picture of the note on his Facebook page and asked if he was missing something: “I thought this sticker was a pro-second amendment statement? Someone tell me if I’m completely wrong!”

He also said there was an email calling the sticker racist. In an interview Friday, Linegar, who said he had been doing general repairs at the building, said Buscaglia wrote the building owner asking that the company be banned from the property.

Buscaglia acknowledges writing an email but said it included a number of complaints about Linegar or his employees. Buscaglia said she told the owner, who wasn’t sure how to respond, that they could hire a different heating and air company.

The commission’s Facebook page has been inundated with comments. Buscaglia took down the initial post, writing on Facebook that it offended many gun owners who saw the post as the commission being against the right to own guns.

“Please know that is not the case,” the new post read. “Our concern was with the connotation of the statement to the Black Lives Matter movement.” 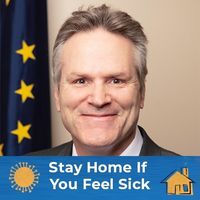 After review of a post made on the Alaska State Commission for Human Rights social media page yesterday, my office has requested the Department of Law launch an immediate investigation into the...

Buscaglia said the commission’s aim is to seek out and eliminate discrimination, and she considered the sticker to be a discriminatory statement. She said she never intended to step on anyone’s constitutional free speech or gun rights.

“I think the line between being protected by the First Amendment and hate speech is very fine,” she said. “And frankly I wasn’t sure which one this was.”

She said, in hindsight, she could have worded the initial post differently. She shared on the commission’s Facebook page Friday Dunleavy’s statement calling for an investigation. She said in an interview that she will cooperate.

Dunleavy spokesman Matt Shuckerow said by email that a “thorough, fair and impartial investigation is being conducted to ascertain all relevant facts that surround this matter.”

Linegar said he considered the situation hurtful and inappropriate and hoped state officials would “make it right.”

Believe it or not we have a ton of leftists here in Alaska who walk around acting shocked every time they see a gun or a MAGA hat. 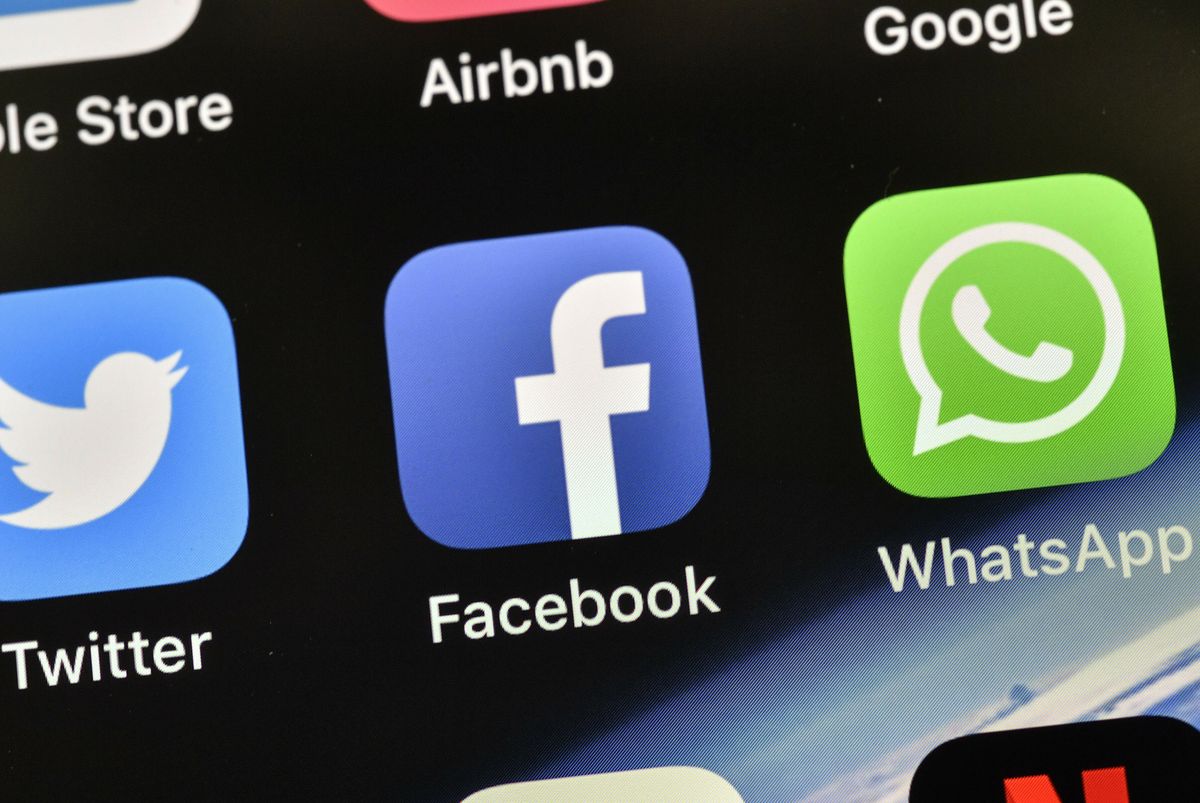 The governor is calling for an investigation after a post by a human rights official questioned the appropriateness of a sticker on a truck reading “Black Rifles Matter.”

Found the problem. She looks to be perpetually menopausal and covered in cat piss. 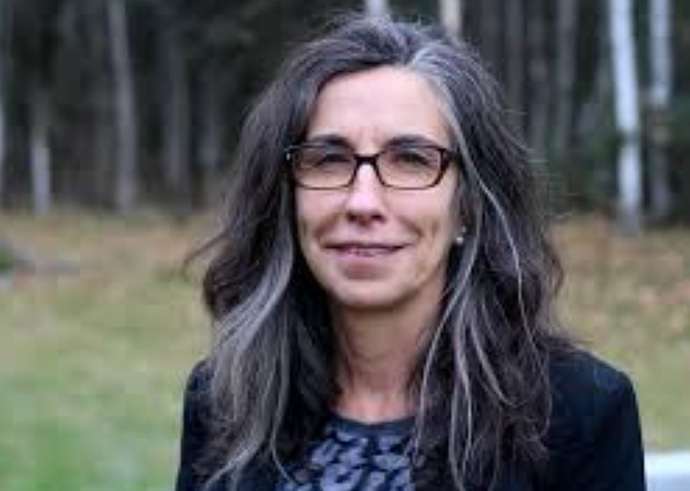 I don’t think the state government can just make negative remarks about a small business like that either. He could argue that other businesses now have an unfair advantage for doing work with the government. I hope he gets a good lawyer.

She said she thought the sticker was racist and posted a picture Thursday on the commission’s Facebook page asking, “In what world is this OK?

What a crock of shit! “racist” and the use of the term is incorrectly used. And no wonder it’s a “she”!

“Please know that is not the case,” the new post read. “Our concern was with the connotation of the statement to the Black Lives Matter movement.”

Who cares what the statement is. It was none of her damn business. Yes - it is a play on Black Lives Matter. That’s the point. Black Rifles Matter, so says the Constitution. These people make me sick.

and covered in cat piss.

that’s one of the funniest things I’ve ever read.

That’s Ty for you - he’s got a way with words. Glad you’re back @Tyfoon missed your posts buddy.

Wow, she has the ultimate liberal dream job, paid to run around looking for things she is offended by and then sick the government on the people responsible. This is a glimpse of our near future folks.

Yeah - I hope this guy picks up on that. She is a representative of the government and was directing business away from his company because she didn’t like his political beliefs. That’s a real problem - Obama level corruption.

“I think the line between being protected by the First Amendment and hate speech is very fine,” she said. “And frankly I wasn’t sure which one this was.”

What is she talking about? There is no line! Hate speech is protected by the first amendment. So is me calling her a stupid leftist bulldyke bitch! Come and stop me Marti!

It’s what make libs so dangerous to a free society.

Hence the reason I love it so…

The problem is the left doesn’t believe that. They will act like it’s not protected and try to destroy you accordingly. All because they’re feelings got hurt. These are dangerous people who don’t belong in the civilized world.

…where is the outrage over black murders by black people in Chicago?