Did you notice the latest UFO thing on tv? The airforce supposedly took this photo or movie of a so-called ufo. You know the most interesting thing about this photo is not the ufo but this apparently secret aircraft the airforce has, that hovers in the air. An airplane must be flying forward in order to stay up in the air, if it stops, the plane falls out of the air. But no, not this plane, it can hover. We can see that it hovers because the ufo didn’t get any larger. I mean a jet flying 500 or 600 miles per hour, or maybe faster would be closing in on the ufo fairly rapidly, right? So why do we not have more photos of the ufo up closer? Something about it seems a little fishy. A ufo coming to Earth should be about the biggest news around, but you will notice the news people didn’t hardly give it the time of day. Strange. And the scientist keep asking “are we alone” in the universe. Well if you have an alien ufo hovering out there it pretty well answers the question doesn’t it! But the scientist keep asking the question. My point is this: it is a fake photo put out by the airforce or NASA, they do this every once in a while to bloster public support for these agencies. I mean there probably are a lot of people out there who beleive this bull. Shame on our government!

I believe the videos that you are talking about were “accidentally” released by the US Navy not the US Air Force. The Navy has stated that the videos are authentic. Whether you believe them or not is up to you. There seems to have been a steady and slow release of official UFO information recently, which is odd.

It’s an agenda. Just like the “global warming” hoax.
(The elite know the Ice Age glacial is just around the corner.) 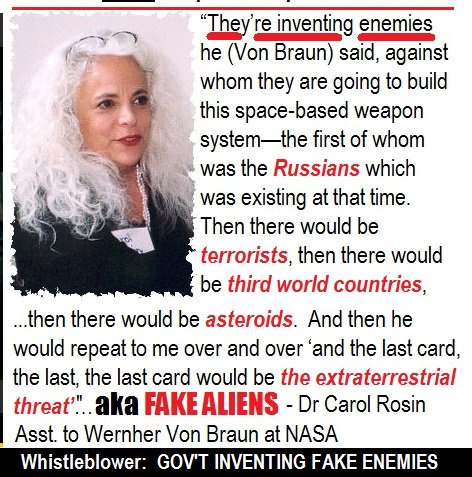