What people are missing here is the parsel language being used that gives the mob free reign and when a person decides to defend themselves, whereas the victim becomes the aggressor and the angry Mob becomes the victim. This is known as the Safari Principle.

A good article outlining why Kyle Rittenhouse was considered a specifically purposeful target for the regime is written at Powerline Blog by Paul Mirengoff [SEE HERE]. What the author essentially describes is something CTH readers have witnessed for...

A good article outlining why Kyle Rittenhouse was considered a specifically purposeful target for the regime is written at Powerline Blog by Paul Mirengoff [SEE HERE].

What the author essentially describes is something CTH readers have witnessed for over a decade, we called it “The Safari Principle” narrative; and it surfaced in its most modern form during the George Zimmerman case.

In essence, the underlying elements of the Safari Principle narrative begin with a pretense that victims of the mob, any mob or individual predator, have no one except themselves to blame because they did not follow the rules of the safari. When in the proximity of any person, event or situation that is engaged in an unlawful act supported by the political left, you are not permitted to exit your vehicle or engage in activity that will lead to your targeting.

If you enter their “ space to destroy “, you are to blame for your own outcome. The safari narrative includes catch phrases like “ he should not have gotten out of the car ,” and “ he shouldn’t have traveled to Kenosha, ” all based on the same principle.

Powerline) […] The Rittenhouse prosecution and the demonization of him by the left (including the left-wing media) stems from a simple premise. Leftists, including Antifa and BLM, have the right to take to the street causing chaos and property damage, and when they do, those who disagree with them must stand aside while leftists run riot. If they don’t stand aside, they have no right to defend themselves against members of the mob who come after them — even if someone points a gun at them (as Grosskreutz did). (read more)

The first advocacy for the modern “Safari Principle” surfaced prior to the George Zimmerman trial, in the summer of 2012, when the professionally aggrieved first began the narrative: “ He shouldn’t have gotten out of his car ”.

Historically, we used to blame the victim by saying he/she was in the wrong place at the wrong time . However, politically it became too difficult to define where the wrong places were , and simultaneously legislators continued to struggle defining the right vs. wrong times law abiding people were allowed to be in these places.

Historically, the political media were skilled at excusing transparently guilty. However, in the aftermath of the Obama paradigm shift, where the media began accusing the transparently innocent, a more specific rule was needed.

After various opinions were considered, eventually the advocates settled upon The Safari Principle – A selected narrative used throughout 2012/2013 as a point of advocacy driving home the belief that George Zimmerman had no right to follow, then exit his vehicle when he saw a suspicious Trayvon Martin peering through windows and casing houses.

The “Safari Principle” evolved to further claim, ‘if you do get out of your car, you deserve what you get’ with the implication by the leftist narrative engineers that essentially young black males cannot control their behavior.

Shortly after the grievance advocates of Ben Crump, Natalie Jackson, Daryl Parks and the congressional black caucus announced their own support for the Safari Principle – another incident surfaced in Virginia when two reporters for the Virginia Pilot stopped and exited their vehicle after their car was hit by bricks.

The couple was attacked by a mob of somewhere between 30 to 100 young black males while shouting “justice for Trayvon”. After the reporters left the hospital, the Virginia Pilot editorial team quickly apologized for not following the Safari Park rules, accepted the beating of their reporters was the fault of the couple who stopped their vehicle, and the newspaper promised they would join the advocacy movement.

Fast forward through several more examples to August of 2014, when Ferguson Police Officer Darren Wilson exited his vehicle after Mike Brown punched him in the head and tried to gain his service revolver. The meme of The Safari Principle was quick to surface again, LOUDLY. 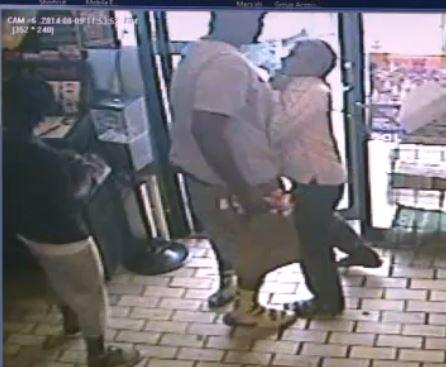 Officer Darren Wilson had no right to get out of his car after the attack.

By exiting his SUV, Wilson was to blame for Mike Brown charging him in the street. Again reaffirming the leftist worldview that young black males cannot control their behavior.

Subsequently, the grievance advocates pointed out Officer Wilson was ultimately to blame for shooting Mike Brown. If Wilson had followed the Safari Principle, Mike Brown would still be alive today.

After Mike Brown was killed by police officer Darren Wilson, the Safari Principle advocates applied the same theme to explain how Zemir Begic was guilty of his own murder, again in Saint Louis.

Zemir Begic exited his vehicle in the vicinity of three young black males who beat him to death with hammers. Begic would be alive today if he had only followed The Safari Principle rules.

A year later, 2015 in Baltimore, Maryland, Mayor Stephanie Rawlings-Blake then became a public advocate for the safari rules when she proclaimed her decision to let the riots, looting and arson continue, as it was intended specifically to give the mob “space to destroy.” Despite the dozens of property owners who saw their shops, stores and livelihoods go up in smoke, the rules of the safari took precedent.

Again, in the aftermath of George Floyd’s death in Minnesota, the rules of the safari became evident when looting, arson and riots were defined as “expressions of speech.” All violence supported by the political left is considered speech, while speech opposed by the left is defined as violence.

Because the visible chaos did not align with the gentle media descriptions of “ protests “, the corporate media decision was to modify the language used to describe the arson and riots by using the term “ mostly peaceful protests, ” that term has stuck within the visible chaos over the past few years in various forms. 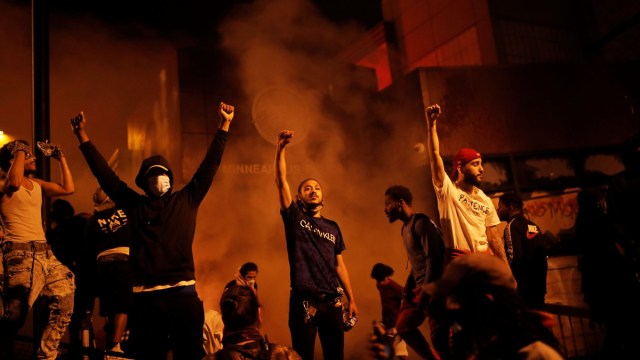 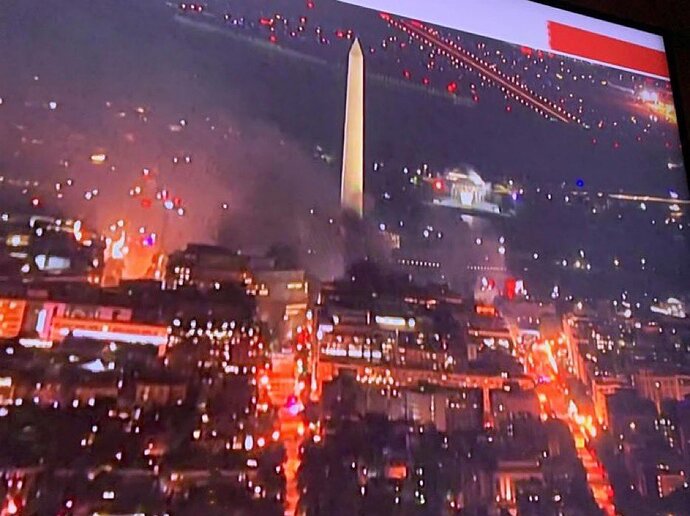